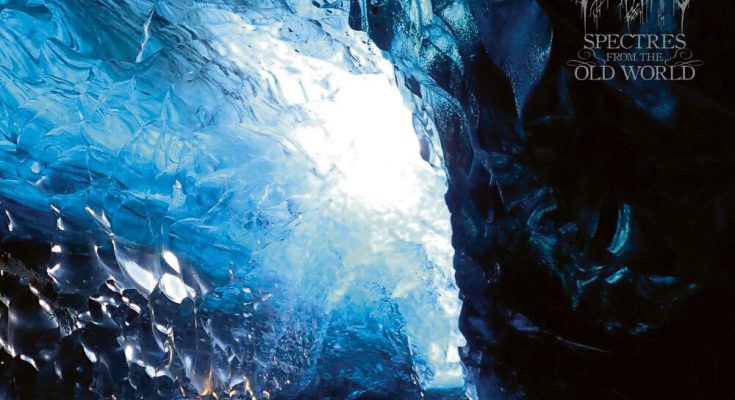 Over the past decade or more German black metal has presented many qualitative and talented bands. There is no doubt that the German black metal groups have added new elements to black metal music. These idiosyncrasies and characteristic styles were brought as elements from bands such as Lunar Aurora, Bethlehem, The Ruins of Beverast and many more. Dark Fortress is another quality band that made its way to the highest peaks in the black metal scene. Dark Fortress uniqueness lays within the talented individuals who have shaped their own music and style.

Fronted by the dual guitarists V.Santura and Asvargr, Morean on vocals, Seraph on drums and the masterful keyboardist Phenex who crafts the symphonic arrangements. After almost six years of silence Dark Fortress once again returns with their eighth opus aptly titled Spectres from the Old World. It may be a customary thing for most of black metal bands to start an album with an intro. Dark Fortress zealously shows a powerful introduction by ripping blast beats and tremolos while the keyboards work their magic in the background. The second track Coalescence swiftly defines the extremity and the vehemence of this German outfit.

Moving into a faster pace, the drums sound energetic, and the raspy growls of Morean add that dark aura to the music. In each studio album, you can hear shredding solos of V.Santura, and Spectres from the Old World is no different from the previous efforts in this. The new album is an amalgamation of previous efforts such as Ylem, Venereal Dawn and Eidolon. Dark Fortress has remarkably proven to be a band of lush qualities. Verging on a modern style of black metal, The Spider in the Web reveals the inner strength of the band.

The slow chord progression and the bluesy solos that recently became one of the attributes of the band are passionately centered on the new tracks. The guitars set for a head-banging moment emitting dark riffs whereas the atmosphere ranging from dusky moments. The melodies are ideally designed by the guitar melodies, the new album is professionally crafted as there are plenty of hooks and catchy guitar segments. Spectres from the Old World is a classy black metal record although the themes are tenebrous. It’s quite obvious that the new album somehow leans into a faster tempo musically the tracks here are furious.

There are various changes to the tempo with drums striking blast beasts and the sprawling orchestral arrangement creating a dark aura. The sudden transformation from slow tempos to black metal riffage defines a new chapter in the band’s career. The uplifting tempo on the following track Pali Aike is multi-faceted. The orchestral symphony contains many detailed elements, apart from Morean growls and the symphonic presentations the addition of solos is just awesome. Dark Fortress is capable of many qualities with guitars blazing riffs and tremolos perfecting their craft on Pazuzu.

There are powerful dynamics in each track and while showcasing on symphonies the following track Pulling At Threads strikes heavily with straightforward blast beats. Yet these dark growls provide a unique identity that are characterized by strange rasps and clean vocals.

The creativity of the band on the newest album feels endless, Isa for example, evolves into an intense and haunting mesmerizing track. Led by clean vocals in the chorus, there are also hints from past albums. The dark effects of the guitars in creating these tenebrous passages are absolutely impressive. The elements like the lead guitars, arpeggios, chugs, and solos are filled to the depth. All driven by bizarre symphonies and other arrangements to create a hypnotic atmosphere.

Spectres from the Old World has a dark and mysterious atmosphere but the only dynamic power that intercepts it is the impulsive drums. The album cover itself offers a complex panorama view, moreover, Dark Fortress’s approach on the new album is consists of many elements. The clean vocals have been used frequently on the previous albums, therefore the attempt here is to maintain the signature sound.

Yet this indicates that the band is open to achieve new boundaries by combining progressive elements. For immediate hooks, you can get a sneak preview for the album and listen to the last three tracks Penrose Procession (Interlude), Swan Song and Nox Irae. And I dare you if you won’t be infected by the sonic enchantments, Dark Fortress on the new album gives us a haunting opus where they combine their creativity into an immersive experience. The album has a depth and intensity filled with a grim sense of atmosphere, this is a sublime record and already a strong contender for the year 2020. 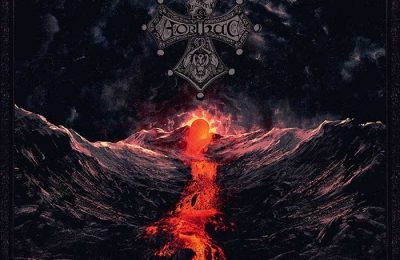 One thought on “Dark Fortress – Spectres from the Old World”