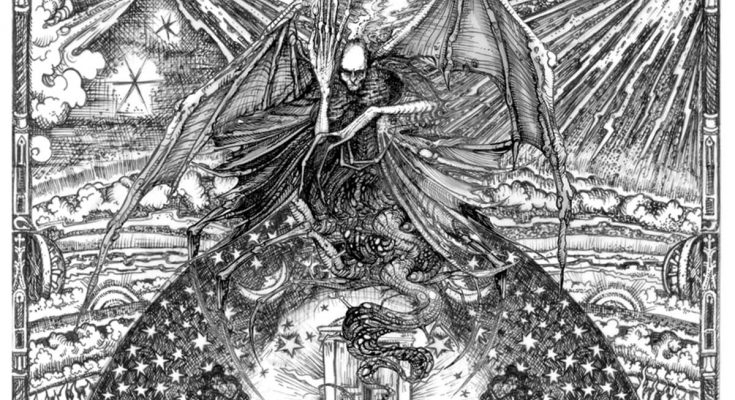 For over twenty two years of occultism and darkness Darkened Nocturn Slaughtercult (DNS) have been wreaking havoc in the German underground scene. And along the trends of many scenic black metal bands from Europe, this outfit has formed distinguishable features. Being fronted by a female Polish guitarist/vocalist Onielar aka Yvonne Wilczynska, who earned kudos from her long hair. When it comes to a female fronted black metal band, I could only think of two bands. Beside the International black metal outfit Asagraum, Darkened Nocturn Slaughtercult have grown darker and grim through the course of time. Thus the latest outing is an unsullied record that can fit perfectly with the term “true black metal”.

Formed in the year 1997 Darkened Nocturn Slaughtercult became a rising force in the German black metal scene. The band has followed a traditional approach to songwriting where, you can absorb the punk black metal influences intermixing with the dark and pure black metal anthems. Over the years DNS has been reflecting upon the Scandinavian black metal institute. The Nordic influence have an impact on the band’s general sound from the likes of Gorgoroth, early Immortal, Tsjuder and many others. Mardom is an evil black metal opus yet sadistically charged with black misanthropy. The album begins with a terrifying short ambient intro when the second track kicks off in full blast.

The riffs are mainly extreme and violent, Mardom-Echo Zmory shows a true adherence to the traditional style of black metal. Onielar’s spell-casting incantations are uttered in form of black poetry, her grim rasps are like the witch fiend who possess the listener. The raw and macabre black metal music upholds an organic and demonic tone of the 90’s Norwegian black metal style.

A Sweven Most Devout brings in the raw feelings of the mid-nineties classics, the raw tonality of bands such as Carpathian Forest, Satyricon and Gorgoroth predominate over the new songs. The old school sensation is brought by the harsh guitar tones. The sixth album has a clear sound production, sullenly designed to create the most aggressive and menacing devilish tunes.

The songs are clocked in dark atmosphere Darkened Nocturn Slaughtercult has always remained true to the old school. This is a rare example to the modern mainstream bands who have evolved musically into the third wave of black metal. But DNS were able to avail themselves through the long years of experience when many bands tent to progress and change. On the fourth track T.O.W.A.D.H.B.T.E the stunning led guitars adds a dark tonality and the heavy guitar riffs provides a sinister palpability to song.

Tight blast beats unleash a storm of fury, and the strong raspy growls adds a lot to the songs given them an extra diabolical feel. The elements of thrash and groove are impressively integrated within the tracks. It all seemed to follow a certain template until the stunning fifth track “A Beseechment Twofold” completely bewitched me with the spooky synth. DNS use atmospheric keyboards to add the effect to the songs. This yet another crafty touch by the German-Polish band that understands how to employ diversity into the music. What amazes me the most is how the band can adjust into different styles while still sounding old school. The sixth track Exaudi Domine begins with thrashing guitar riffs and mid pacing drums that shifts into blast beats.

The melodic opening of the seventh tracks The Boundless Beast is stylistically diversified, and superbly crafted. The initial performance on this track veers into dark segments and broods in the mid tempo sections that repeat the same dark passage. The guitars are simulative and they’re brilliantly helmed, the atmospheric synth ebbs and flow as the song plunges deep into heavy guitar riffing bringing in some groovy sections.

The implementation of the rhythmic elements are carefully emphasized on eerie melodies. The second half of the album grows even darker and creates a sullen atmosphere but still preserve the old school sound. The grim tonality is displayed on Imperishable Soulless Gown, this gives us another indication of the mystical propensity of the band. The riff intricacies reminds of me Carpathian Forest and some hints of Satyricon. The final track The Sphere begins with fast blast beats, the harmonic bass guitar lines are beautifully performed. Lastly this is a very convincing and wonderful album by DNS that captures the true essence of the Norwegian black metal. 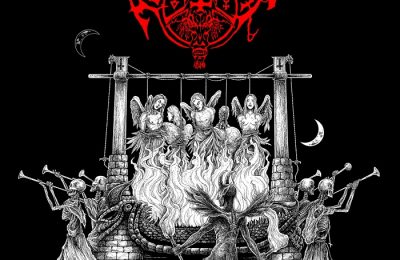