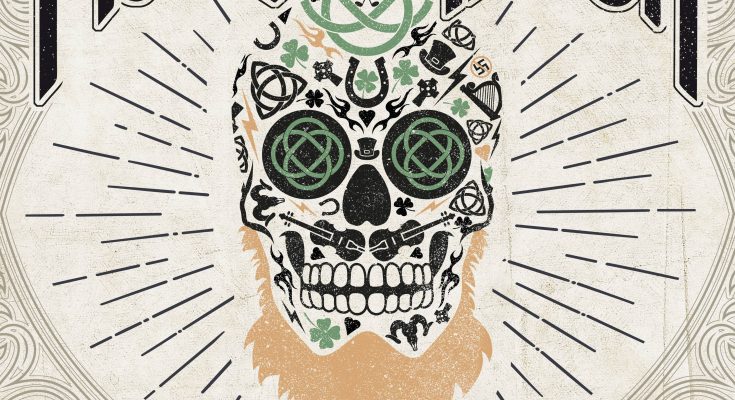 Everyone has those bands they got to know in their youth that they fondly remember, but you sometimes lose track of. One of those for me is the German band Fiddler’s Green. When I realized that they were releasing a brand new album with ‘Heyday‘, I immediately got excited. Get ready for some great Celtic/folk punk/rock!

After a short Celtic folk tune to set the mood for the rest of the album, Fiddler’s Green kicks off the album with ‘The Freak Of Enniskillen‘. It has a feet-stomping beat and you get exactly what you’d expect when reading the tag “Celtic punk/rock”. The first song that really grabbed my attention though, is ‘No Anthem‘. A protest song that the band declares isn’t just an anthem but a real rebel song. It’s an energetic and riling up track that is cleverly put together, pointing out the troubles of our society. Love it!

They continue the rest of the album with a healthy mix of high energy folk rock songs (like ‘Limerick‘ and ‘One Fine Day‘), slower melancholic tracks (like ‘Better You Say No‘) and more traditional sounding Celtic rock tunes (like ‘Farewell‘ and ‘Born To Be A Rover‘) to even a full on traditional with ‘The Congress Reel‘.

There are a couple of songs that really stick out though. There is ‘Slainte‘ (the Irish Gaelic word for “cheers”), that is a lovely mid-tempo drink song where they invite you to have a pint of beer with them. Or the extremely happy and upbeat sounding ‘Cheer Up‘ with the message that you should cheer up because the worst is yet to come despite the girl troubles or hangover you might be experiencing.

‘John Kanaka‘ is a great track as well, another traditional sounding track with only vocals and minimal percussion. A perfect lead towards the shoutalong folk rocker that is the title track ‘Heyday‘! To end they throw another energy bomb at you with ‘Steady Flow‘ to finish finally with the melancholic sounding ‘Together As One‘.

For me personally Fiddler’s Green is pure youth sentiment, but the quality they bring on ‘Heyday‘ can definitely match with any other Celtic punk/rock outfit around. They bring a good mix of uptempo folk rockers, melancholic tracks and traditional Celtic elements to keep anyone entertained!