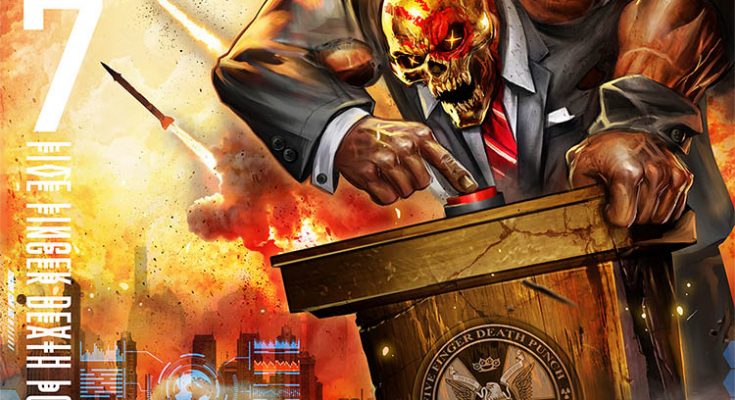 Roughly half a year ago, Five Finger Death Punch released their Greatest Hits album, which brought a compilation of past songs, a cover (of The Offspring’s Gone Away) and one new original song (for my review go here). Needless to say, it left us wanting more original material. But with the release of And Justice For None, that time has come! Both Gone Away (all editions) and Trouble (deluxe edition) are included on this new album. The deluxe edition also include two additional songs: Bad Seed and Save Your Breath. Surprisingly, despite the album’s name, it does not in any way seem to be related to Metallica’s And Justice For All. Zoltan Bathory shared the following regarding the album:

“We always explore and comment on current, socially relevant events and this album is no exception. The album cover and title is a somewhat sarcastic metaphor of the state of the World Today. There is no dialogue, there is no conflict resolution, and everyone is launching rockets at each other, both verbal and actual. The divide is so wide; the screaming is so loud that no one is actually being heard and even if they were, everybody is offended by everything anyway. If you cure cancer there is an idiot somewhere who has a problem with that… If there is no self-reflection, if there is no empathy, if there is no common ground  – then in the end everyone loses so there will be Justice For None…” 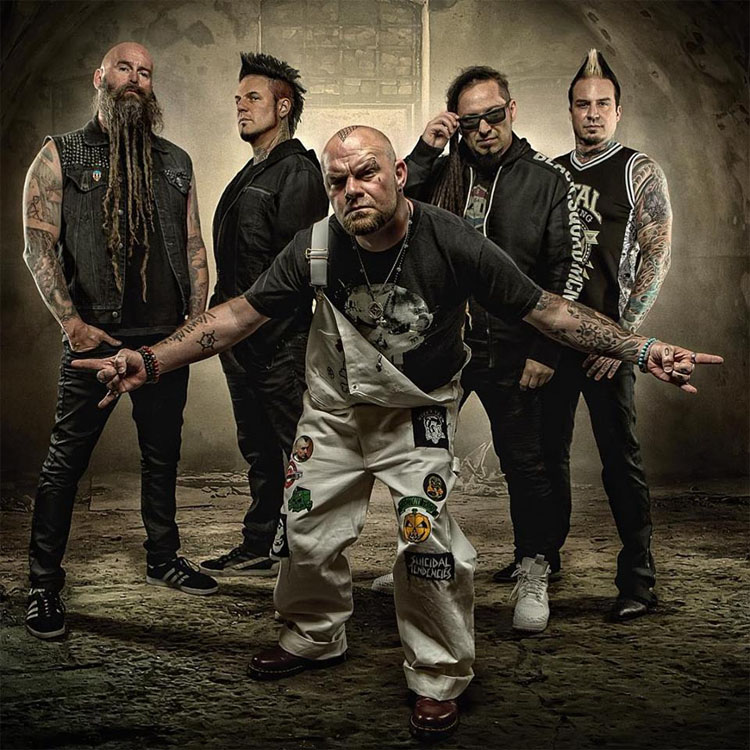 Ever felt that hate when you find out that someone you knows turns out to be nothing but a fake? Well, the first track, Fake will provide you with a song to lose yourself to. You’ll get to shout “motherfucker” quite often so make sure you think of that person every time you shout it, and let go of all that hate.

Sham-Pain was the first single of the album the title aptly mixes a life of glamour and the negative sides that such a life can bring. Sham-Pain provides an interesting and catchy sound that’s sure to stick with you for a while.

Blue on Black, originally by Kenny Wayne, gives a more classic rock sound, but it that’s not your thing, Fire In The Hole might be of more interest to you. It excited my inner drummer in any case. Rather go crazy with your voice and put some pressure on your vocal chords? It Doesn’t Matter will test both your volume and speed. Oh, and guitarists?… It Doesn’t Matter includes a neat guitar solo you can show off! But if you prefer to just listen to the songs without jumping behind a microphone or instrument, these song are also perfectly fine too. And just like It Doesn’t Matter, Rock Bottom is also just one of those songs that simply has something for everyone that likes to go heavy.

Bloody’s intro feels like it’s taking you to a distant memory. If Bloody had a music video, these parts would have the environment sucked into an animated fantasy world. The chorus will quickly snap you out of that with it’s clear heavy sound, knocking that fantasy world back into a harsh, bloody reality.

All in all, And Justice For None sounds like another good Death Punch album. There’s some familiar heavy songs, new sounds and, what seems to be the “soft, heartfelt and emotional song quota” is also met with I refuse and When The Seasons Change (and Gone Away, even though that song was already released as a single half a year ago).

And Justice For None is out now! So give it a listen through the Spotify playlist below!