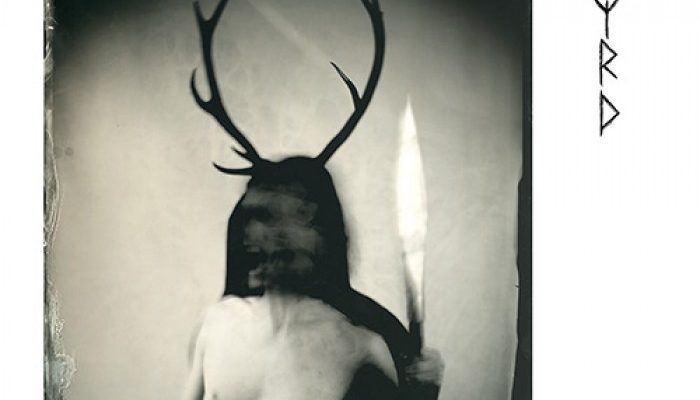 As part of the Nothern Ghosts tour with Idle Hands, Uada, Tribulation and Gaahls Wyrd I was most kindly invited by our dear friends at Season of Mist to attend the exclusive listening session for Gaahls Wyrd‘s upcoming album “GastiR – Ghosts Invited”.  The session would take place before the start of the gig in ‘De Helling’, a venue in The Netherlands’ lovely Utrecht. After talking to a few writers and journalists from other magazines I understood I was not the only one looking forward to today. This release is a highly anticipated one. I grabbed myself a local brew, sat down and got to listen to the new Gaahls Wyrd.

The album carries a very atmospheric sound a the beginning and towards the end, and anything in between is to my honest surprise pretty varied material. Without divulging too much I can say I think the blackest of the black metal fans will dig this, though they may find it somewhat on the softer side. Something to listen to on a gloomy Sunday morning to get through a hangover after a night of trve kvlt partying and scaring the neighborhood kids. At the very least it will at times remind them of Gaahl‘s earlier work with Trelldom or God Seed. On the other hand, I have a feeling this album will draw in people who are used to more accessible subgenres of the metal repertoire. To be frank I expected GastiR – Ghostst Invited to be much more arty and not as accessible as this. 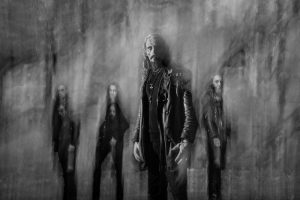 As song after song was played I noticed a lot of variation on all sides. This keeps everything fresh, and guarantees a certain element of surprise. Gaahl‘s vocals stretch all the way from high pitch shrieks and plaintive howls to deep stylish clean singing. In contrast to the live recording Bergen Nov 15, GastiR – Ghosts Invited is much more melodic. Alternating riffs and grooves grant the album much more volume. The rather monotone shredding has given way to a fuller sound. Air-tight blast beats give the album a welcome heaviness and gave me quite a rush, feeding my urge to get up and circlebang my head as fast as I could. Ritualistic tribal drums are also part of the sound, and kind of remind me of later Rotting Christ. On more than a few occasions I wanted to know what it would sound like to hear all this as part of a live set.

In the meantime two tracks have premiered. Ghosts Invited and From the Spear are up on Youtube for you to drool on while waiting for the album that is due for release on May 19 through Season of Mist. 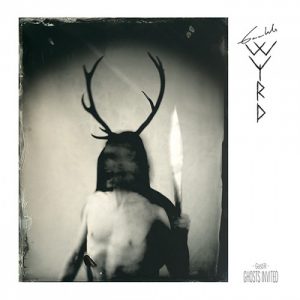 The Q&A sesh was rather fun as well. The only downside was that we did not get a separate room. So it had to be done in the bar next to the concert hall where sound checking was going on, which doesn’t really help when you’re trying to understand what Gaahl is replying to your questions in his composed, low voice. He was joined by band mates Ole Walaunet (guitars), Frode Kilvik (Bass) and Kevin Kvåle (drums) and we got to meet all of them.

The main concept of this album is something that has followed me since the beginning of my musical career, but I’ve managed to narrow it down and make it bigger at the same time. It deals with voice and speech, and the beginning of the end.

Gaahl goes on about the writing process:

He does mention his strong connection with the force of nature and interest in the spirit world as a source of inspiration.

I do not regard them [the spirits] as deities, but more as archetypes. Not something to be worshiped

He is however a little more precise about working with Ivar Sandøy, the album’s producer and sound engineer:

He was a good character to work with even though he was often on tour with Enslaved, who he had recently joined. It was a long process as recording started in May (2018) and ended around December, not because the process had to be a long one, but basically because of his work with his own band. Despite my usually being nervous whenever I have to work with someone I have never worked with previously, with him it was a real pleasure. It did take a couple of songs before he started to understand how disturbed I actually am *laughs*. I don’t work like a normal musician but he was easygoing and wasn’t really in a hurry.

When asked if he undergoes any kind of rituals before writing music, Gaahl had the following response:

Not really. I am always in some kind of ritual no matter what, so it merely depends on my mood. I am however better at creating music during the day, whereas my visual art is a process I keep for the evenings or at night. But musically I like to start early. Probably because I am being influenced by the noises of the day.

He’s quite forthright about the technical aspect of his vocal prowess. It seems he does not bother to try out a specific vocal approach

If I hear it I can do it. It’s probably just something I noticed, I don’t know if it was there back in the days. It’s like with children. Children can create whatever they want. It may be something I developed but never tried before until I had a lot of experience. It has been the way I approached vocals since 1994 maybe. If I don’t succeed it is simply a wrong choice.

Before exchanging thanks and goodbyes, Gaahls Wyrd quickly mentioned they were super excited when they heard Idle Hands was opening for them.

They are really, really good. They have a vision, and they’re gonna be a great band. Just the way they work, you know. They seem to be getting better every day when I see them on stage.

As for us, we are quite busy. Although we’re excited about the album, we are a live band so we will be on the road a lot. 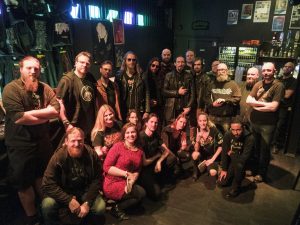