With a great lineup like this, it’s no wonder that the show was sold out. Magnetica, one of Belgium’s best Metallica tribute bands, followed by the main act which was none other than “World’s Only Female Tribute to Iron Maiden“, The Iron Maidens! If you are a fan of Metallica and Iron Maiden, you just had to be there.

Sadly, due to having to work late and a lot of traffic, I missed Magnetica‘s show, so I can’t give any review about it myself. From what I heard from other people when I arrived though, I really missed out on a great show.

Luckily, the next band was the main reason I went to this show. After seeing The Iron Maidens (****1/2) twice last year at the Monsters of Rock Cruise, I couldn’t wait to see them again! Starting of with Aces High, they immediately got the crowd excited especially with singer Kirsten Rosenberg (a.k.a. Bruce Chickinson) doing one hell of a job at hitting the higher notes. The best thing about concerts of The Iron Maidens, is that they also play songs that you generally don’t see Iron Maiden play live anymore, so the setlist is a real treat for die hard Maiden fans!

With songs like Infinite Dreams, Flash of The Blade, Montségur, Alexander The Great, The Number of The Beast and many more, it was almost impossible to not have a smile on your face. It was clear that the crowd loved the show, as they were all singing along almost every single song. Even in the back of the room you could hear the people singing (or even screaming) along happily.

Sadly, the girls were in a hurry to leave right after the show, as they had to be in Switzerland the day after for another concert, so I didn’t get the chance to meet up with them for some pictures or an interview.

But, like the outro song of the show said:

Always Look on the Bright Side of Life!

Outro: Always Look on the Bright Side of Life (Monty Python song) 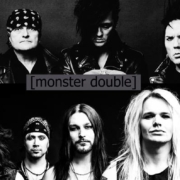 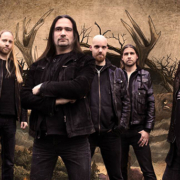 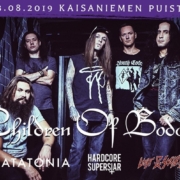 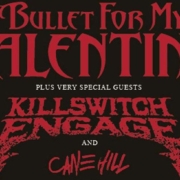 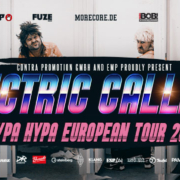 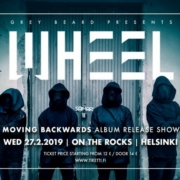 Wolves in the Throne Room (Tavastia, FI)
Scroll to top