Home Power Metal Gloryhammer – Legends From Beyond the Galactic Terrorvortex 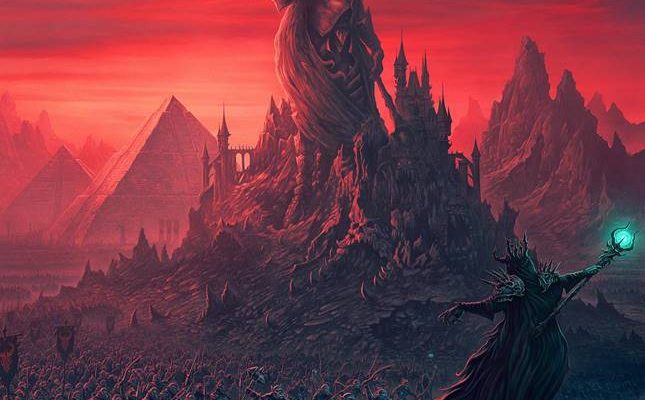 Gloryhammer is about to release their third album: ‘Legends From Beyond the Galactic Terrorvortex’. Gloryhammer is a fantasy power metal band, founded by Christopher Bowers, the lead singer from Alestorm. They always have a great story on their albums and the story of the next album continues where the previous one stopped. It always ends on a cliffhanger, so I’m really exited what’s going to happen next.

So, where are we at in this story. In their first album ‘Tales From the Kingdom of Five’, the evil wizard Zargothrax attacks Dundee with an army of undead unicorns. He kidnaps princess Iona McDougall. Prince of Dundee, Angus McFive, does not let that happen and stets for a quest to defeat Zargothrax and free the princess. He ends up defeating Zargothrax and putting him in a prison of ice.

Now with ‘Legends From Beyond the Galactic Terrorvortex’, we have just come out of that dimensional rift. While Angus Mcfive the 13th was in there, he felt a third being in the portal. But he didn’t have enough time to figure out who or what it was.
Angus notices that he is in the Kingdom of Five. But this time, there’s a huge statue of Zargothrax standing there… We are in the alternate dimension where Zargothrax reigns! The dimensional rift made everything go back in time. Zargothrax, who got out of the dimensional rift before Angus McFife the 13th, has managed to take over Dundee while Angus was still in the rift. There was nobody to stop Zargothrax…

Angus McFife the 13th stets of once again on a quest to defeat Zargothrax. He is preparing for the final battle. Zargothrax on the other hand is preparing to become an immortal god of the multiverse. He found ancient scrolls in the libraries of the Dundonian citadel. Now he was reigning over Dundee, he had all the time to look into the secrets he was never supposed to find.
In the final battle, Angus McFife the 13th is about to lose to the mighty Zargothrax. But then the Hootsman appears. He didn’t die form detonating his heart, he was merged together with reality in the Terrorvortex and had become a god. He was also that third being that Angus felt in the portal. The Hootsman is able to use his powers to defeat Zargothrax. Angus McFife the 13th is relieved that Zargothrax is finally defeated. It is only later that he realizes that he has been impaled by the Knife of Evil. This knife, like the name suggests, makes you evil and thus dangerous to Dundee. Angus sacrifices himself for the Glory of Dundee and throws himself in the raging volcanic fires of Schiehallion…

So what do we do without Angus McFife the 13th and without Zargothrax? What will the next story be? I’m already curious to the next one and I’m still on the tip of my chair for this one. I tried to make a summary of the story. There’s more to it than what’s written here, so there’s still a lot to discover when you buy the album and get on your journey.

This is power metal at its finest and it is filled with unicorns and magic. The album uses the same formula as the previous two. The first song is a mostly instrumental song and it’s the introduction to the album. Fluently it goes to the next song. In the middle the quest takes place and the last song on the album is always a longer song and the final battle of the story. This album has, compared to the other two, a more ‘heroic’ sound to it. The feeling that you want to join Angus McFife, the excitement, the tension, … It’s all there. And, lets not forget about the amazing voice of lead singer Thomas Winkler. High or low notes, he can do it.

The songs are catchy, you can sing along with the chorus by the end of the song. Yet they can not be called simple songs. If you are a fan of magic and fantasy and all things around, Gloryhammer is your hero. Top that off with great storytelling and this album has you hooked for ours and ours. You can discover the journey that Angus McFife went on. If you close your eyes while listening to this album, you’ll be absorbed by it and you will fight alongside Angus McFive the 13th and the Hootsman.

IN HOOTS WE TRUST!

If you want to see Gloryhammer live, check them out for instance at Belgium’s biggest metal and rock festival Graspop metal meeting. They will be the first band on Saturday, June 22. That however, is sold out. If you want another shot at seeing these fantasy heroes, hey will also play Trix on January 19, 2020 during their European tour! 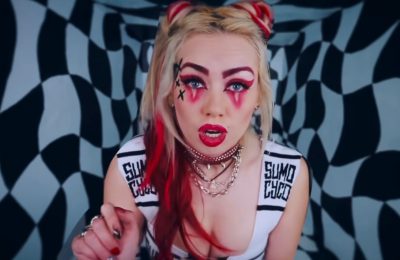