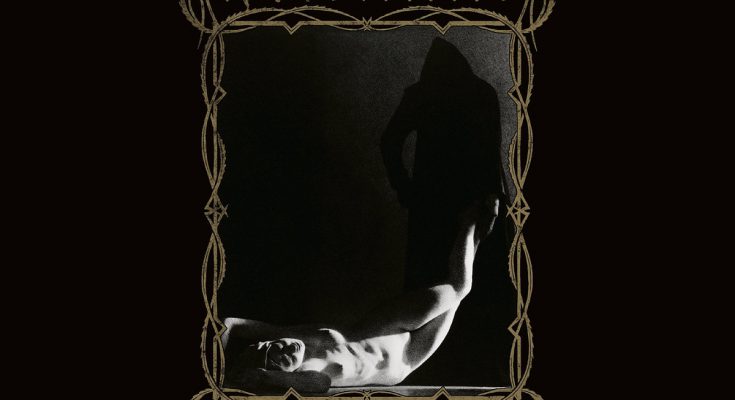 There is a reason why Helrunar’s fifth outing is one of the highlights of 2018. And because good surprises always comes late Vanitas Vanitatvm is an album that shouldn’t be overlooked by fans of black metal. Those who haven’t checked the latest album by this quintet elite band must do so. Hailing from Munster, Germany Helrunar began their journey in 2005, and I consider them as one of biggest bands hailing from Germany whose strong attachments to the second wave of black metal are evident. Vanitas Vanitatvm is a lengthy album which a running time of 63 minutes and a total of 11 tracks. In the past 10 years the German black metal scene has brought some great bands to our attention, and there are a few bands like Lunar Aurora, Dark Fortress, Thulcandra and Imperium Dekadenz which deserve an honorable mention here.

The album and the track titles are all in German language and similarly like Lunar Aurora, Helrunar became one of the prime black metal bands that slowly built up their reputation. However Vanitas Vanitatvm is more of a modern black metal album. The album takes an obscure form with the stunning opening track “Es ist ein sterbend Liecht”. Saturnus quickly transforms and blooms into a more darker and moody track. The slow guitar notes create the space before the drums enters with full force. And they are beyond the ordinary speed, the band maintains its quality by the use of the heavy guitars which are semi distorted. The main focus here is to find the right balance between the aggression, rhythm and tempo.

Helrunar plays raw black metal at higher speed, Lotophagoi is worthy track provided by the overruling dark atmosphere. Marcel Dreckmann’s A.K.A Skald Draugir vocals are clear and they are brilliantly laid in grim nature, with atmospheric guitars shaded with melodic tremolos. The similarities of the soloing work and clean guitars reminds me of Dark Fortress. The fourth track Blutmond is attained with the definitive standards of black metal by the effort of unique songwriting. And musicianship which reveals the intellectual side of the band. Helrunar‘s musical structure relies on the composite parts which are cleverly woven into the mid tempo. And these passages are mostly filled with acoustic frills and excellent solos which are plenty on this album.

Those who like Kampfar and early Satyricon will find Vanitas Vanitatvm title track quite interesting due to the use of acoustic interludes and clean guitars. Apart from the beautiful rhythm guitar Da Brachen Aus Bose Blattern also uncovers some talent by the quality of solos. Each track has somber moments from the alluring melodies that find their way throughout the tracks. Helrunar brings each musical entry with outstanding quality and despite of the tracks being long they are still catchy and melodic.

In Eis und Nacht is captured by the fast pounding drums this track is heavily spirited exhibiting some excellent dynamics, composed by unique guitar patterns and sepulchral vocals. By reaching the eight track Nachzehrer presents the unpredictable nature of the band. This is another long track bonded with heavy guitar riffs almost like doom with melodies sprawling into the surface. One of the versatile turns of the band is the peculiar blend of spoken vocals and up tempo guitar riffs which spreads with charming ambience.

Als die Welt zur Nacht sich wandt offers another raw and extreme black metal, triggered by fast blast beats and powerful riffs. Helrunar main focus is to blend the heavy riffage with the dark passages. The leads here soar with spectacular style and they are very meditative and create an obscure aura of suspense. Necropolis is brought by heavy metal riffs, the album is very oriented with the fine guitar work. Vanitas Vanitatvm is a dark black metal album built on dynamics and exquisite solos which are adjusted throughout the tracks.

To summarize it all, the band intelligently use interesting elements on tracks like Saturnus, Lotophagoi and Blutmond. Vanitas Vanitatvm in general has two dimensions where the band successfully stick to the raw black metal style then suddenly transit into slower musical passages. Other tracks like Nachzehrer and Necropolis hit around 8-9 minutes and I consider them more experimental. It has been over a decade since the band formed together and without re-inventing the wheel I can say that Helrunar has found its own niche in the grim realm of black metal music.