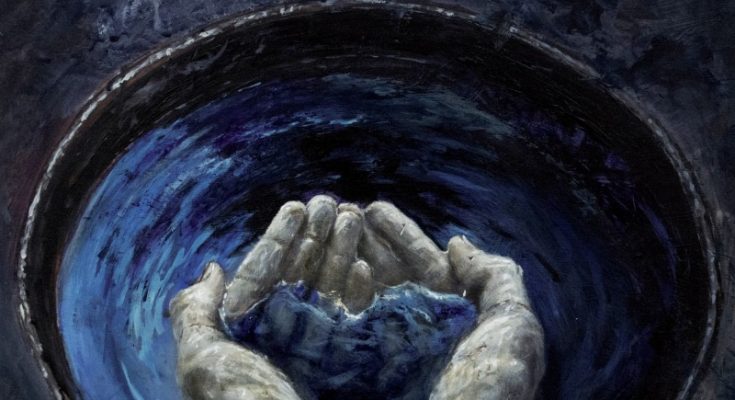 Ever since I saw Idle Hands open for Gaahls Wyrd back in February, I’ve been wanting to get my hands on this album. From the moment their set started I was sold. And as soon as I got home from that gig I immediately started playing their 2018 EP ‘Don’t Waste Your Time’. Needless to say I’ve had high expectations for ‘Mana’, and the month of May couldn’t get here soon enough. Now unless you’ve been living under a rock since its release, you must have heard this album is more than just excellent. The critics love it, yours truly included.

I must admit I haven’t listened to any band that even remotely sounds like Idle Hands for a very long time. Maybe that’s also one of the reasons why their music sounds so fresh to me. No, my usual dwellings take me across the heavier musical planes. I’m used to your death metals and your grindcores and whatnot. That’s familiar terrain, whereas Idle Hands‘ mix of occult goth rock and classic heavy metal is way outside of my comfort zone. And I love them for it.

‘Nightfall‘, the opening track of the album, is in itself a bit of a surprise since I was expecting a softer repertoire than I was used to, but the song really rips. Heavy metal hooks NWOBHM-style at an energetic pace is how we’re gonna start this album, is it? Not bad. Not bad at all. Just as singer Gabriel Franco says: “Energy, running free”. I’m really digging the chorus here too. Occult lyrics seem quite appropriate and stick to the music’s overall darker tone. ‘Cosmic Overdrive‘ also falls into this category, albeit the lyrical content is already veering towards a seemingly more personal subject matter.

This darker and more personal subject matter is already apparent on the second track ‘Jackie‘, which for one seems to revolve around a long lost lover. The song is goth rock in its purest form, with plaintive singing from Gabriel Franco. His technique is most befitting of the song’s melancholy mood. It’s as if I were listening to a younger version of Glenn Danzig, but for whom I could actually feel some sympathy. That mood that is apparent throughout ‘Mana‘, by the way.

The four best songs on the album follow. These are my absolute favorites. Boy, are they catchy. Be it ‘Don’t Waste Your Time‘ in which Idle Hands scold the addressed for the futility of their life choices, or ‘Give Me To The Night‘ a real headbanger which glorifies non-conformity. Now I’d heard ‘Blade And The Will‘ before on Idle Hands‘ EP, but the sound has gotten an update. The song is quite unsettling in the sense that you’ll find yourself singing along to what really seems like a call for the courage to commit suicide. Whereas ‘Dragon, Why Do You Cry‘, one of the saddest songs on the record, evokes how the elderly fall out of touch with an ever evolving world. Without getting into too much detail, these four tracks hit right home.

Did I mention that I still found ‘Blade And The Will‘ poetically subtle as far as suicidal exposés go? Well, ‘Double Negative‘ is a little more straightforward. And by “a little” I mean it couldn’t be more blatant. I think the lyric speaks for itself:

I don’t want to die, but I’m going to try
‘Cause I’m getting tired of living
Suicide, Suicide

The record’s closing tracks are on the softer side and somewhat soothe the emotional turmoil of the previous eight tearjerkers. Although the subject matter is till as goth as could be, musically they’re less grave. Dare I say even a little uplifting? What do you know? There is light at the end of the dark tunnel that is ‘Mana‘ after all.

The whole record is a melancholy masterpiece that at times takes you on an eighties new wave heavy metal ride, and at others on a brooding goth rock stroll with hypnotizing psychedelic guitar tones. ‘Mana’ truly is a magnificent album. I will even go as far as to say that, although the year’s far from over, and I still have about three months of releases to go through, it already holds a spot in my top ten albums of this year. 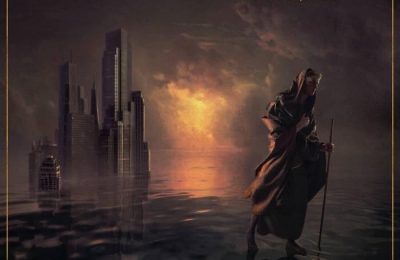