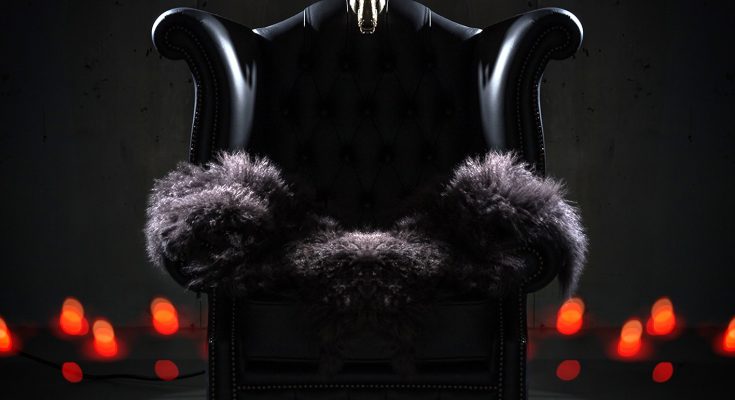 With all the celebration around the 20th anniversary of Emperor’s magnum opus ‘Anthems of the Welkins at Dusk’ you might almost be forgiven for forgetting that Ihsahn has been running a very successful solo career for more than a decade.

The previous album Arktis. was both a creative highlight as well as a summation of all that had come before, from eighties hard rock anthems to an unabashed return to the days of Prometheus. With Ihsahn you can always expect the unexpected: the opening track on Amr stands testament to that. The inaugural burst of hard electronic beats that kick off the record even has me double checking whether I didn’t accidentally put on the new Suicide Commando instead. Arcana Imperii, for which they’ve also made a video, is somewhat more familiar avant metal fare with a stellar solo from Opeth’s Fredrik Akesson.

Samr in its turn could almost be called a ballad, whereas One Less Enemy recalls the early days of Norwegian black with a menacingly pulsing Thorns-like riff. In Rites of Passage then couples industrial overtones with old synths. Twin Black Angels could almost be a Zombi or Goblin track with its eerie ‘Stranger Things’-style intro until it transforms itself over the chorus in a bonafide singalong pop anthem worthy of Eurovision. Finally, closer Wake is about as complete a textbook Ihsahn composition as you’re likely to find. As a bonus track you’ll find Alone to be a brooding slow burner that has this cinematic Bond-style piano theme running through it. Although  Amr is once again a genre defying album, it’s also Vegard’s most accessible work to date.