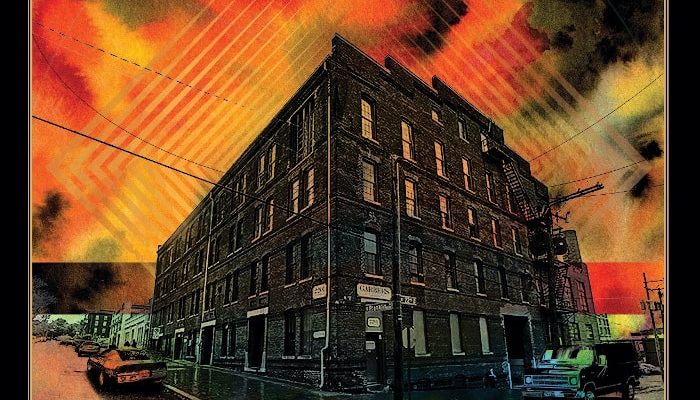 Cover songs and especially full cover albums can be pretty divisive. Though at times you have bands that are so creative and have an artistic integrity that holds strong in whatever they do, so that covers turn into solid gold. Inter Arma could definitely be counted as one of those bands. Recorded between tours in support of their last release ‘Sulphur English’, they’ve gathered a collection of cover songs from such a diverse group of artists that it is simply impressive. Named after their former practice space, ‘Garbers Day Revisited’ is a dedication to how they started and the importance of playing covers in developing their signature sound.

They start with their sludge sound enhancing the already very present ominous droning of Ministry‘s ‘Scarecrow’, giving a rendition quite close to the original. The pièce the résistance of the album shows up early to the party with Neil Young‘s ‘Southern Man’. A protest song handling racism in the American South, that Inter Arma manages to turn into a churning and bleak piece of music with touches of black metal and heavy riffing galore. That doesn’t mean that the rest of the album isn’t exciting anymore, though. On the contrary, every track sounds almost as if they’ve never played anything else. The Nine Inch Nail classic ‘March of the Pigs’ sounds as eclectic as ever and Hüsker Dü‘s ‘The Girl Who Lives On Heaven Hill’ gets a black metal makeover as if that always was meant to be.

Venom‘s ‘In League With Satan’ holds a prowling rebellious feeling and is damn great fun (I caught myself shouting along to it more than once). Though with the album closer they managed to properly surprise me still. I would’ve never imagined a band like Inter Arma covering ‘Purple Rain’ from Prince. They stuck quite much with the original, but it turned into simply the perfect closer for this great piece of music. Like mentioned before, from start to finish, every song sounds great and you could almost believe they are all originals, with a couple gems that are simply genius. ‘Garber Days Revisited’ is the perfect example of how exciting a cover album actually can be.