What’s in a name? Sixx:A.M. contains letters (initials) of the names of the band members: Nikki Sixx, DJ Ashba and James Michael. The bands plays hard rock and was set up in 2007.

After the show Sixx:A.M. gave on Main stage 2, we were given some time to interview James Michael. The singer and producer of the band welcomed us very friendly. We had a little talk about their performance and of course the Belgian weather.

It is the first time Sixx:A.M. stood on stage at Graspop. What do you think of the festival?
We are just having the time of our lives, it’s amazing. We’ve been able to develop a little fan base in America. What excites us about playing here, is that most people don’t know us. They may have heard the name, they might of have heard one or two songs but they are not familiar with this. So for us, even if we are almost ten years old for a band, we think of ourselves as a new band. This is an opportunity to come here and prove ourselves. I am very grateful to play for audiences like this. We like to spread Sixx:A.M. and maybe if people like us, they will check our new record Prayers For The Damned. We like to keep our fingers crossed.

You kept yourself busy for the first period of 2016. How do you find the time to tour and record at the studio?
It is kind of crazy. We are very busy. Once we knew that Nikki was going to leave Mötley Crüe…, the three of us sat down and said “This is our time”. This is Sixx:A.M.‘s time. As soon as we did that, in April last year, we did a long headlining tour. As soon as we got off the road, the first thing we did is going to the studio. The first thing we decided to do was write and record two albums, ’cause we wanted to make up for lost time. What better way do to that with making two records. We release one, keep touring and we don’t have to wonder about a new record. That was the plan. Once we came up with that plan, there was no turning back. We spent nine months recording both records. I produced and mixed the records as well, so literally the last week I was mixing while we were rehearsing for the tour. Looking back on it now it’s like “How the heck did we do it?”. But we’re so in love with what we are doing. Yes it’s hard work but it does not feel like hard work. It feels like necessary things we have to do to reach this goal. This goals that we have is to keep making music world wide. You know… We just want to be the best band in the world some day.

Next year is the ten year anniversary of the band. Do you have anything special planned?
We’ve been talking about it and yes we have some really cool ideas. But the reality is that we are still touring for these two records so whatever comes next year or not, we have some great ideas to celebrate our anniversary. What we are asking ourselves is “How are we making that work?”. I will tell you that we will make it work but we just have to figure out when.

Do you have some plans while being here in Belgium or are you going straight to France for Hellfest?
Well, we are going straight to France. That is the only heartbreaking thing about doing all these festivals: we have to rush from one thing to another. Every once in a while you get a day off. It is very easy to stay in the hotel room but you have to force yourself out. Just get out and enjoy the culture. It is very easy to spend months and months on the road. You have to make an effort to pull yourself out of bed. Our next day off is in Hamburg.

If being a musician was not an option, what would your profession be?
A golfer. I am addicted to golf. The truth is, five years ago I bought a place in Nashville. I became a member of a golf club and I had this fantasy that after I retire as a musician, I can golf all day. The only problem is: I suck at golf. I keep that dream on hold. When we get off the road… I love being here between all these rock stars but for me the stars are like Rory McIlroy, Jordan Spieth and another bunch of golfers you probably don’t know (laughs).

If you could ask yourself a question, what would you ask?
(A moment of silence and doubting, James is really thinking about this one…).
I produce, I mix, I write and now I’m a singer in a rock band (which is my favorite one). What would I choose? There are two things. One, I want to say that I want to be the singer of Sixx:A.M. and that is probably what you want to hear. I am having the time of my life, I love it. From the technical standpoint, mixing is my favorite part of the music business. It’s a part of the music business that a lot of people would not understand but for me it’s the sexiest part. You can shape the sound of a record so dramatically so for me that excites me the most. It is about a bit of freedom but mainly the responsibility. It is such a responsibility: one mix can ruin the song. Put a good mix on the song and you are a hero. When I mix bands’ records and their songs become hits, I get the satisfaction that that could not have happened without me. It is kind of an ego-thing. I get back to being a singer and here is the thing: when I was a kid, I dreamed of being a rock star. Then I put all those dreams on hold because I found out that I’m in love with all the behind the scenes stuff. I got out of my record deal because I did not want to sing anymore. But then I met DJ and Nikki. We were good friends and we started doing something that we thought for us was something special. So this is a dream come true. Sing for what? 50.000 people… They sing along with us. I’m not kidding, I’m not used to that. It still feels very special to me. I’m getting goosebumps just thinking about it.

A last quick fun question: If metal or rock would not exist, what would you play?
I write a lot of pop music and I’ve been successful and I love it. One of my favorite singers on the planet is Adam Lambert. So I would write pop songs for him. Or try to sing like him. I kinda try anyway. 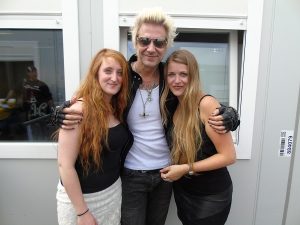 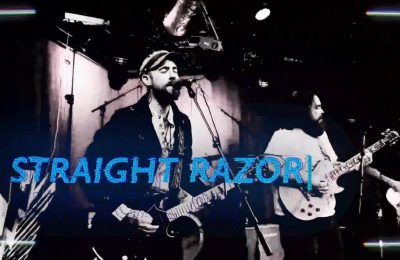 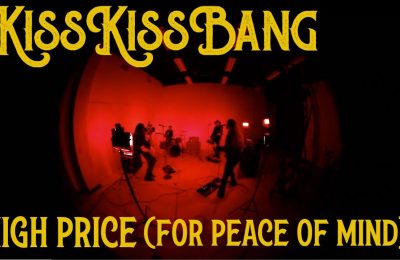