Home Interviews Interview The Unguided – “We’d seen reactions towards Jonathan because we’d done a lot of shows with him, and the fans already liked him” 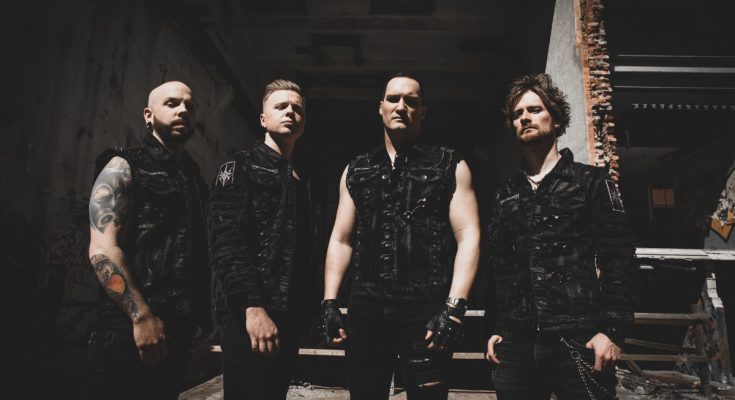 The Unguided is a Swedish metal band who have recently released their fifth album ‘Father Shadow.’ For the occasion I had a chat with singer Richard Sjunnesson about the new album, the new members in the band, his old band, Sonic Syndicate, and their future endeavours.

It suddenly dawned on me that Roland Johansson left the band a while back.

And you replaced him with Jonathan Thorpenberg.

Yes, the first time for him was our previous album ‘And The Battle Royale’ from 2017 and for ‘Father Shadow’ it is his second time.

The promo I got from the new album contains 3 cover songs from your previous band Sonic Syndicate. Is this gonna be the case on the regular album or are these songs only available on a limited edition?

What we usually do is we release a digipack limited edition first. So if you buy the album today or pre-order it, you will get the one with the bonus songs.

I have to be honest, it’s my first time hearing Jonathan sing and I like his voice. But what were the reactions from die-hard fans of The Unguided?

At the end of 2016 we presented Jonathan to the fans with a video for the song ‘Nighttaker.’ And we did it slowly ’cause in the beginning of the video Roland is still a part of the band. And when the singing starts he transforms into Jonathan, so I think it was quite a shock for the fanbase to see that. The day we released that video there was a lot speculation going on. The next day we released all the statements from Roland, from us, from Jonathan to make everything clear that Roland was stepping down and that Jonathan would take his place. To be fair, Jonathan was touring with us since 2015 so he did the last lap of our tour from ‘Lust And Loathing‘ which was Roland’s last album. So he was already involved in the band. The issue was all the time it took to form a band and all the commitments of being in a band. It didn’t really work that well for Roland. He had a job and a family with 2 kids. He didn’t have any time for the band. And the band was moving in a great direction. We had to do something if we wanted to continue with the band. We’d seen the reactions towards Jonathan because we’d done a lot of shows with him, and the fans already liked him. The chemistry was great in the band so we decided to let Jonathan join. The other option was quitting the band and we didn’t want that. But the fanbase is really open-minded, and the good part is that Jonathan has another style of singing. So they could never make the connection that Roland is a better singer because Jonathan has a different style. So they’re both great in their own way.