You are here: Home1 / Interviews2 / Turisas

In between the moshpits, swimming and drinking at 70.000 tons of metal 2016, I was able to interview Mathias and Jussi from the Finnish metal band Turisas. We sat in one of the cabins and I was given about 15 minutes time to ask them the questions from my list.

There are bands that look up to you and get inspiration from your music, but are there any bands that do the same for you?
Mathias: Inspiration is the most critical when you’re growing up, and of course there’s inspiration around you when you have to work on something but I think the ground work is done before you even release an album. With us it was mostly a combination of Amorphis, pioneering folk and death metal, but also the British Bal-Sagoth in many ways which is very keyboard driven metal with very progressive song writing.
Jussi: Yeah, it was a one of a kind thing. There was no band doing anything similar at the time, it was very unique.

What is your view on labels given to bands? Can you find yourself in the label of folk metal that was given to you?
Mathias: I guess you need some kind of category. Like in a plane, if you want to watch a movie you’ll want to know if it’s a comedy or a drama or whatever. Of course not all films can be boxed into that and the same with bands. I kind understand it but I think it’s important for us to you know, not label ourselves too much and let the listeners do that. Because our approach has always been to keep an open mind and whatever our last album was like shouldn’t nail us down too much in what we want to do in the future. And I guess every band has a different approach. You’ll have bands that say “this is who we are, this is what we’re going to do”. That’s very solid and easy but that’s something the band is about for us, not knowing what we’re going to sound like on the next album. For us it’s very hard and unnecessary even to get into a discussion of what our band is like because for us it’s only a matter of: “Is it good or is it not good?”.

Do you ever find yourself listening to your own music and thinking “I should have done this or that better”?
Jussi: We usually don’t have to do that after the release. We hear it so much when it’s in the mixing stage. Maybe I just listen to it once after everything has been mastered, just to hear what it’s like. But then after a while, when you listen to it after maybe two months, it sounds different than the image you had of it when it was made.
Mathias: Sometimes for some other work there comes a time you have to listen through your older work to see what you did and pull out the master, take out the vocals and see what’s happening in the background for whatever reason. I’ve actually been doing that the week before coming here. It’s kind of weird to go back to an album like The Varangian Way and take it down into pieces and see what you were doing and how it was built up. Because there’s so much you forget because you don’t actively listen to your own music. Even when we play the songs live it’s very different because we concentrate more on performing than on the listening.

Do you look up videos of previous concerts to just look back at “that one time I performed at Graspop x number of years ago”?
Mathias: Some tours we used to film every gig and at the end we would watch the whole set from start to finish again. We would have a beer, have a shower, watch the whole show and go “well, this is not working”. We’re kind of perfectionist in that sense of the live show. That we take pride and try to build it and try to make it better every time.

Metal in itself is a pretty special genre, folk metal even more so. Would you say you were given enough chances when you started out?
Jussi: It was kind of difficult when we started out because when we made the first album, we didn’t have a clear idea of a goal that we wanted to reach. But from the first demo everything went as we expected it would go. We didn’t make it thinking about whether we were going to get a deal or not.
Mathias: Like Jussi said, it was not about “let’s start a band, get booked, get a deal, tour all over the world and play on cruise ships in the Caribbean”. We just did it to make music and get the feel and then maybe in some distant future we could go bigger. But it wasn’t that big a deal because it was for the future. But I think that was mostly because the band was important, but it wasn’t our day job. So at some point in that 18 to 20 prime of your life you’re busy doing something else because of the mandatory army service in Finland. So people are tied to that when you have a band at a young age. I remember getting out of the army after my year of service and we were already having these talks with Century Media and that was already 6 years after starting the band and one demo under the belt. So yeah, I think the start went of pretty slow but since then we’ve progressed every album, it’s been pretty natural. We never really had to try and push it with any big labels. I guess it could be faster and work more if you ran a band more like a business. But we are still self managed and for us it’s more about doing what we like to do and do shows we want to do and albums the way we want to do it. I guess we could have a manager to tell us we have to step up our game and do this and that to get the business side going better. But for us it’s still very much home brewed and in many ways that’s important for us. Even though I have respect for bands that are career driven in that way, it’s just that we’ve never been that way.

While on the ship, what is it you’re looking forward to most?
Jussi: Well, I saw Vader yesterday. It was fun and I wouldn’t mind seeing them again. I wasn’t able to see Týr, but the best thing about this cruise is that every band plays twice so you can see your favourite band perform.
Mathias: There are so many people we’ve played with and toured with and they’re all good friends of ours. But for us it’s much nicer to sit in a cosy bar with friends from other bands who we haven’t seen in a very long time. That’s more important to us than rushing around to be on time to see bands perform. Even though I think it’s nice for fans to have all these great bands play at one place and be able to effectively see every band at least once. 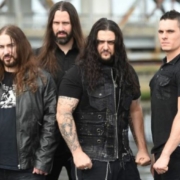 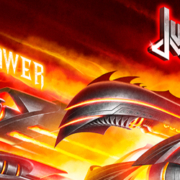 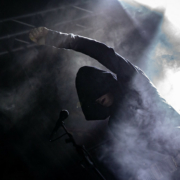 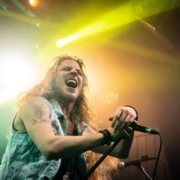 Interview Temple Balls – “Anything could happen!” 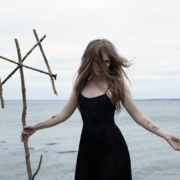 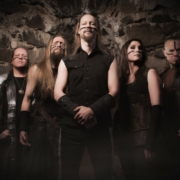