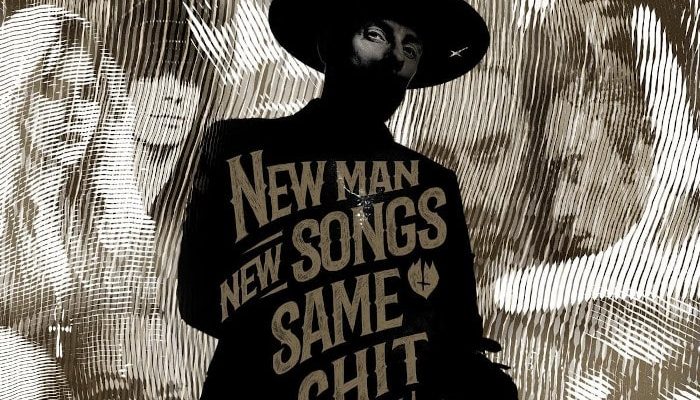 Three years ago, Adam Darski, also known as Nergal from Polish extreme metal outfit Behemoth, took most of his fan base and the rest of the world by surprise with ‘Songs of Love and Hate’, the debut of Me and That Man, a record that had nothing to do at all with the satanic heavyweight verses of his main band. Instead he took his inspiration from the darkest recesses of blues and Americana tinged folk.

When you come to think of it, it is actually not so far of a stretch from extreme metal as you might originally believe. Just consider for instance, the despairing love songs of King Dude, David Eugene Edward’s musings or even the desolate plains of the likes of Wayfarer or the Appalachian adventures of Panopticon. Like the moniker said, Me and That Man started out as a collaboration between Nergal on the one hand and the Polish based English songwriter John Porter.

For the follow-up, Nergal has surrounded himself with a true plethora of guest musicians, most of them coming from the metal scene. There are quite a few big names in there as well. Just summing up a few mouthwatering names here: Corey Taylor, Ihsahn, Matt Heafy, Rob Caggiano and Niklas Kvarforth. And that is not even close to the full list. Look for the full lay-down in the tracklist at the bottom.

Calling in such an impressive list of collaborations was a smart move. It will basically accomplish two things. First of all, these metallurgic celebrities might just be that extra bit of push needed to bring to the fold some of those stragglers who were still a bit doubtful on Darski’s extracurricular activities. More importantly, however, it allows for a much more versatile record than the somewhat one dimensional approach of the debut.

‘Run with the Devil’ starts out with fiery swagger and the Norwegian Shining’s Jorgen Munkeby on sax. ‘Coming Home’ brings about a very fine Nick Cave impersonation. ‘Burning Churches’ may be beating a little bit closer to home lyrically already, the next track ‘By the River’ calls in none other than Emperor’s living legend Ihsahn for a spiritual, south of heaven with a great guitar solo at the end.

‘Męstwo’ is the only track that doesn’t feature a guest and is incidentally also the only one sung in Darski’s mother tongue. A helping hand from Google translate, however, reveals that this one too might just as well have been written by Johnny Cash. ‘Surrender’ brings aboard Volbeat’s Rob Caggiano while ‘Deep Down South’ is an up tempo grass roots murder ballad. The unmistakable baritone of Jerome Reuter, from one of the finest apocalyptic folk acts out there, namely Rome, lends ‘Man of the Cross’ the gravitas a thus titled song deserves.

‘You Will Be Mine’ is another murder ballad with Trivium’s Matt Heafy doing the dirty deed. Keeping some of the cherries for last, ‘How Come?’ features Corey Taylor alongside Volbeat’s lead guitarist. Like the closing credits on an old western Niklas Kvarforth delivers the final rites with ‘Confession’. Ever imagined what the ideal soundtrack to the series ‘Preacher’ would sound like?