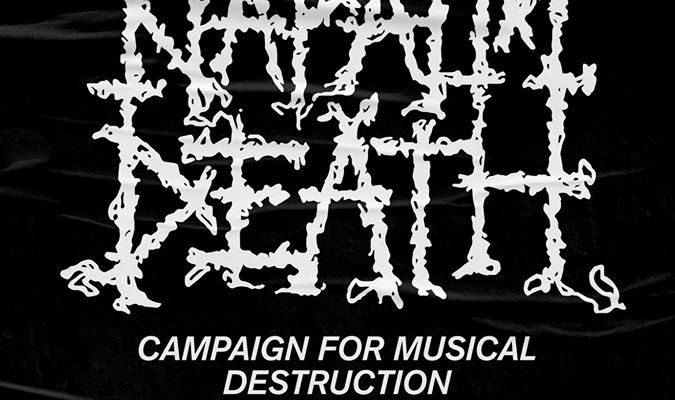 If there ever was a perfect line-up, the ‘Campaign for Musical Destruction‘-tour would be closest to it. At the beginning of this month grindcore pioneers Napalm Death decided to unleash their peaceful violence on Western Europe along with Eyehategod, Misery Index, Rotten Sound and Bat. My goodness! Just look at those names. Most fortunately for us, the tour took them to Antwerp’s very own Trix venue. As an underground dweller, I was rather surprised all these bands would be playing in this rather large venue. And although it wasn’t sold out, there was a pretty solid turn up. Always a good thing for bands who get less recognition than they deserve.

I’ve stopped counting how many bands related to Municipal Waste I’ve seen over the last few years. The crossover kings themselves I saw a few times at several festivals. Iron Reagan I saw a couple of times as well, and last month I even got to see Cannabis Corpse again. I can now add another one to the list. Virginia’s Bat is another crossover project by MW-guitarist Richard ‘Waste’ Joy, who have been around since 2013. Still, I have to admit I’d never heard of them before but, boy, am I glad I saw them. Wow! Just wow! I honestly didn’t expect tonight’s opener to be that impressive.

The last few times I saw Municipal Waste, I unexpectedly felt bored. I’ve found them to be hit-or-miss more often than I’d hoped. But Bat were a straight bullseye, delivering a pummeling energy-packed set with tons of shreds and solos in typical crossover fashion. The stage exploded from their very first note and kept on burning hot until their last. I can’t wait to see them again.

It’s no secret that Finnish grindcore daddies Rotten Sound are among my absolute favorite bands out there. Their shows are always super intense as their usual mix of grindcore, death metal and sludge makes for a pretty violent sound. Despite some minor sound issues at the start, Rotten Sound still managed to sound extra crunchy for the set’s duration. A fan attempted a mosh pit, but got shot down by the onlooking crowd immediately. I think most attendees weren’t ready for such an intense concert, and weren’t in the mood for off stage violence.

Rotten Sound recently announced that bassist Kristian Toivainen had called it quits after playing with them for ten years. Always bummer news, but I’m happy I saw them a few times with him. They haven’t announced a replacement yet, but they invited David Kasipovic (below) to fill in as a session bassist. He did a rather good job and it seemed like he fit in well with the band. 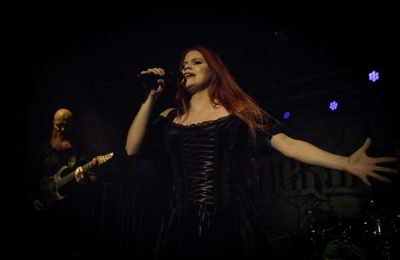