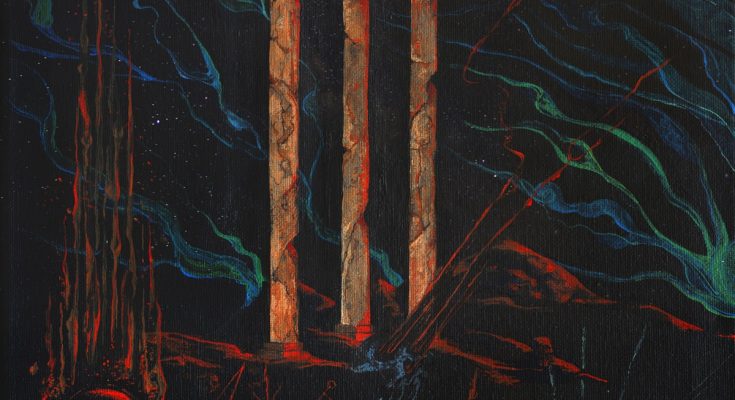 Norway’s publication and input to death metal is quite humble and modest if one would compare it to the numerous bands that play black metal in that country. But those who think that Norway never produced any death metal band isn’t fully aware of the history of the extreme metal scene of that country. Death metal originated in the 80’s with bands such as Death, Possessed, Morbid Angel and etc….

Whilst the wave of Norwegian death metal begun during 1990, with such bands like Cadaver who were among the first to release their two albums Hallucinating Anxiety and In Pains… also around the same period the Norwegian band Darkthrone released their classic debut Soulside Journey in 1991. Other example is the Norwegian death metal band Molested who premiered their debut in 1995, and the band Fester who also released their Winter of Sin album in 1992, all of these bands were labeled as old school death metal back then.

Yet beneath that living scene of Satanic black metal acts lurks a bright and talented musicians that are slowly finding their way out of underground scene. For more than 25 years Norway has become one of the attractive hubs of black metal music. But the new generation are pushing things to outer limits, formed in the year 2001 the Norwegian death metal outfit Obliteration released their 4th album entitled Cenotaph Obscure. It was back in 2013 when I discovered this unique band which doesn’t play a direct style of death metal. Having been influenced by other respective acts like Autopsy, Morbus Chron, and Asphyx. This four piece brings something unusual to the table and offers an exclusive and rare style of death metal.

As a matter of fact Obliteration is a band which has particular flair when it comes to death metal, think of Autopsy mixed with diverse composition from psychedelic doom metal in its grimy form. The overwhelming lunacy of indirect elements of crust/punk metal that are somehow infused into their musical style. They may sound hysteric, frantic battered and struck with derangement, but this band can truly cause you dementia. The album title track Cenotaph Obscure is arranged and constructed with the classic raw sound of the 80’s death metal, and I consider them one of the innovative acts to have an ability and ideology to think out of the box.

With slow ominous tunes of the guitars that makes a great opening the first track brings some similarities to Autopsy. The whole atmosphere feels grimy and filthy with frenzied vocals and twisted riffs of rotten old school and disoriented madness that diffuse like disease. Cenotaph Obscure generally reflects on their previous album Black Horizon Death, the creeping slow riffs rife with the growing lunacy.

It may also occur to the listener that this band is one of the few ones that has an original sound, while this may not be an issue to most of the fans, but Obliteration are truly motivated with distinctive and divergence from most of the current old school death metal bands. The album includes some excellent tracks like Eldritch Summoning is possessed by leading blast beats and eerie demonic vocalization that are overly puzzling. Some hints to Grave Miasma are overt and noticeable due to the dark unhinged aura that surrounds the tracks.

Detestation Rite exemplifies the natural and the fundamental inclination of the twisted blackened riffs and pummeling death metal is of great expertise in this style. Cenotaph Obscure is diminished murky and unfiltered, Onto Damnation is constantly balanced with blistering riffs and blast beats and it uncovers the solid aggressiveness side of the band. Charnel Plains maneuvers with the slow pacing riffs and displays the rawness of retro death metal style. And it feels like Cenotaph Obscure was recorded somewhere in isolated dungeon, the instrumental level and performance is top notch. Obliteration are utterly contaminated with retro death, of 80’s doom and psychotic horror. Highly Recommended!!!!