Bands, festivals and the lot are releasing branded booze by the dozens these days and we come across more and more brewers inspired by the metal lifestyle... GRIMM makes it its mission to get to the bottom (of the bottle) of this trend with insightful reviews and extra backgrounds. So sit back, PICK YOUR POISON, and discover all you need to know about your favorite band's alcoholic brands!

We keep our eyes open and scan the internet for new metal booze being released all the time. Then, to our surprise in a local bar in Ghent, we were presented with a beer that just breathed the visual aspects of heavy metal. While not an official brew for a band or festival, this beer fitted the idea and vision of Pick Your Poison perfectly. So we don't want to keep this beauty from you and present you Enigma's Ragnaröck!

We had two tastings of this beer so far. Our first introduction was with a young and fresh bottle in the bar and a second, more elaborate home tasting of an older bottle (approx. one year old) we hunted down in our local beer store. We'll talk mainly about the home tasting here first, but make sure to read through 'til the end for our ending comparison.

In appearance we get a dark golden beer with a firm white head. It's slightly cloudy with a stormy whirl of carbonation that works its way up the glass (think of that classic Duvel). The aroma carries a lot of different scents. The beer is hoppy, spicy, floral, yeasty, but smells also a bit stale unfortunately. After the first sip we have medium effervescence and medium body. Not quite as creamy as the website's description would have us believe due to the addition of the oats. Our first taste sensation offers us a slight herbal feeling and some funky tart. Only a second later the fruitiness of peaches and sweet malts develop. We are left with a bitter dry finish. There is something stringent in there as well.

I remembered the younger, fresh version of the bar in the bar with a lot more fresh hops and a fruity bitterness. It seems the longer Ragnaröck ages it gets more spicy and tart (without spoiling!). A very interesting taste evolution, but in the end I have to say I prefer a young bottle of this beer! It offers a more than welcome addition to many standard blond beers in a lot of bars.

From the small letters on the back of the label we learn that Ragnaröck was brewed according to Enigma's recipe in the Gulden Spoor Brewery, a small brewery in West-Flanders in Belgium. Just like the famous Belgian Tripel Karmeliet it contains no less than three kind of cereals (barley, oats, wheat), but also some added sugar candy. The brewery's website tells us it contains dry-hopped Mosaic and Citra.

We must say that out of all the drinks we have reviewed so far in our Pick Your Poison column Ragnaröck's label offers by far the most visually interesting story.

The inspiration for the beer's label comes from Viking mythology, where Ragnarök is an epic battle between Norse gods which ultimately leads to the creation of the current world.
We took a slight twist to this story: Ragnaröck's label depicts metalheads battling with guitars and drum sticks to create the fieriest guitar riffs and thundering drum rolls.

Framed in golden ornaments we see four viking warlords in colourful armor taking up arms against each other. Well... 'arms', because if you look closer actually only one of them carries lethal axes. The way two other opponents hold their guitar axes does not suggest they are playing an Amon Amarth riff battle, but rather prepare to bash each other's skull in. The last contestant in red armor seems vicious at first with his war hammer, until you notice the weapon is actually a huge honey dipper. An amusing scene with lots of neat little details that will make bystanders wonder if you are too drunk to read your beer's label while you stare at it.

It's this label that first drew our attention to Enigma Brewery and urged us to add it to our list of breweries to check out (and keep an eye out for because they are regularly releasing something new!). Also the other artworks of Enigma's beers depict interesting scenes ranging from medieval stories and more modern day industrialized settings. We also discovered the Black Fuel in Enigma's catalog, a tribute to the Belgian band Channel Zero's most famous song in the form of a strong dark ale. Be sure to keep your eyes open for that beer in future posts! 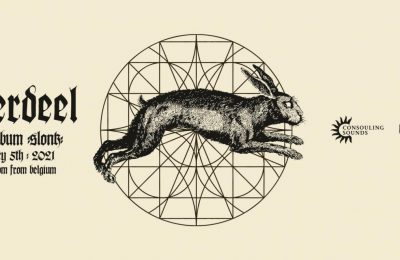 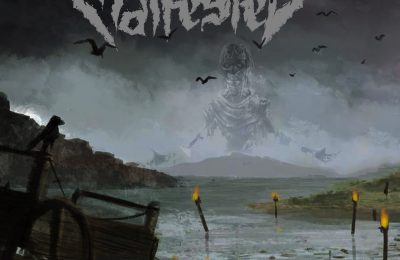