You are here: Home1 / Pick Your Poison2 / PICK YOUR POISON: Fall of Summer’s Impale Ale 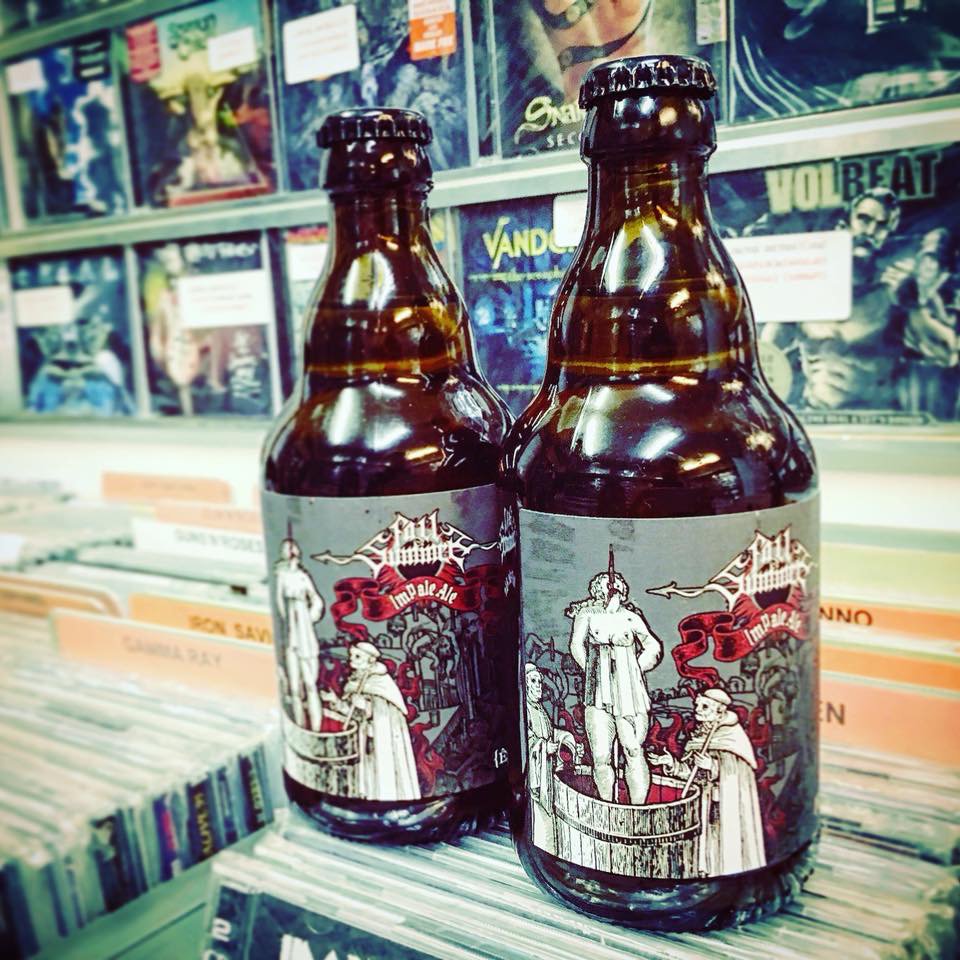 The Fall of Summer festival was sorely missed in 2018. Luckily we can present you with a review of the official festival beer of the last edition that took place. We received a bottle of the Impale Ale with the mud of the festival area included as our GRIMM reporters brought it home from the festival.

The Impale Ale pours yellow golden with a strong massive head that is quite adhesive. The aroma present itself with strong citrus touches in the nose. Behind the fresh and sharp citric notes there is some yeast and light soap. Mouthfeel is medium body and medium carbonation. The flavors are fruity, more specifically light yellow fruits (e.g., star fruits). The Impale Ale is definitely not a sweet beer and mixes the citric touches with a bitter grapefruit punch near the end. When you add the sediment, the yeast aspects are more pronounced and the beers becomes more cloudy with an outspoken bitterness. The hints of soap we got in the aroma return slightly in the beer, but actually provide a nice softening counterbalance with all the citric notes. Overall, it’s a very light beer, no flavor bomb, but quite tasty nonetheless. The biggest remark we could make is the fact the aftertaste should have lasted a little bit longer.

In our opinion the Impale Ale is an excellent festival beer and Fall of Summer has succeeded in its mission. It’s a refreshing palate cleanser if you want to get rid of the dust in your mouth after a good mosh or the grease of a hamburger when you’re hungry. Or just as a good thirst quencher before you get another one!

The front can’t get much more metal than this. On the right upper corner we see the impressive Fall of Summer logo with its blackened sun. Underneath it on red draperies stands the name of the beer ImPale Ale. A clever play of words used by many other brewers before. But none combine it with such visual images as well. On the forefront we see a stripped bare-breasted women with her hands behind her back, impaled, standing in a tub filled with blood. Contrast of the white body and blood in the tub and from the tip of the pole protruding from her mouth. To make the scene more morbid, two wrinkly old monks with black hollow eye sockets stand next to the tub. While one seems to hold a stick to stir in the tub, another pours more blood into the tub. In the background in grey we see more bodies impaled and a man wielding the hammer to its next victim. The red draperies under the logo flow into a reddish hellfire burning behind the scene with the priest. Great effort has been put in this label to make it as fitting as possible with the festival’s theme.

The backside is filled by the following text in both French and English:

“It could be the name of a band with an illegible logo, but it’s the latest creation from Brasserie de l’Etre, specially brewed in the 19th arrondissement of Paris for the festival. Popular among demons and angels, the freshness of this hoppy and fruity pale ale will help you to prolong summer, whatever corner of hell your from”

No one could have guessed that behind such a dark and morbid cover hides such a light and refreshing beer.