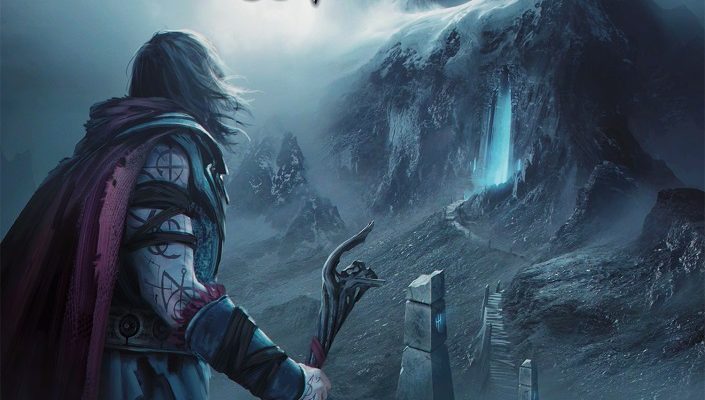 Rhapsody Of Fire brings us a brand new album called ‘The Eighth Mountain’ recalling classics from the beginning of their career by combining spirited songs and epic chorus parts with lavish orchestra arrangements. The lyrical content marks the beginning of a new story under the title of the ‘Nephilim’s Empire Saga‘.

“People will find out more details of the saga when they listen to the lyrics. It’s about which path in life you choose. The story may be fictitious but quite obviously relates to reality the way we experience it every day.”

‘The Eighth Mountain’ is available as a CD and as a LP. Its cover shows us a man who has reached a cave or passage in the mountains. According to his clothes it was a long and heavy travel to get there.  It makes me very curious about the story Rhapsody Of Fire brings us.

The album starts with an intro which gives me the feeling like the story begins in the cave hearing different voices echoing around. The music sounds ominous and then bursts out in the first song ‘Seven Heroic Deeds‘, with fast and epic guitar work and a choir that supports Giacomo‘s vocals. He combines clean vocals with screams and grunts, which unfortunately seems to disappear sometimes in the music. I noticed it in the second song ‘Master Of Piece‘, a fast song which sounds like a desperate prayer in church. There are a few Catholic elements in The Eighth Mountain. Vocally the choir, musically Alex who traded his keyboard for an organ.

The Eight Mountain is a very epic and fun album, but sometimes the music is overwhelming which made it hard for me to listen to the entire album at once. Some songs starts calmer and Rhapsody Of Fire brought a lot of variety by using different instruments like a lute and a flute in ‘Warrior Heart’, a peaceful song somewhere in the middle giving us a break between the epic chaos. Another peaceful song is ‘The Wind, The Rain And The Moon’, in which Giacomo sings beautifully and his voice comes out best.

What defines this album is the epic and spiritual story Rhapsody Of Fire brings with The Eighth Mountain. And if you listen carefully, there’s also something magical as well to discover.