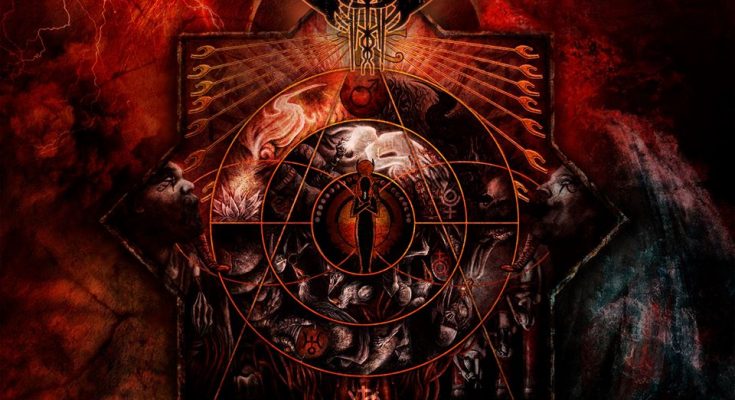 From the land of pharaohs and mysterious monuments, where the sacred river Nile flows in perpetuity and tales of the ancient pyramids, come Scarab, the first Egyptian death metal creation formed in the year 2006 by mastermind and guitarist Al-Sharif Marzeban. With lyrical themes centered upon ancient Egyptian culture and spirituality, Scarab symbolizes immortality, resurrection, and protection. The scarab is also a sacred symbol weaved by the ancient art of Egypt. Through the long years of formation, the Egyptian death metal quintet evolved into an ideal model of death metal. Having been rooted in the underground scene of Egypt, they share fame and reverence with countrymen Crescent. Scarab‘s savage take on brutal death metal however amalgamated into a beastly emergence. In the year 2007 the band released its first EP, ‘Valley of the Sandwalkers‘, which brought a precedent quality of death metal music.

Scarab proved a reckoning force of destruction by releasing their debut album ‘Blinding the Masses‘ in 2009. Its success must have inspired them further as they released their sophomore album ‘Serpents of the Nile‘ in 2015. Thanks ongoing streak of positive reception and Scarab‘s dedication, they once again return from the sandy vaults and present us with a third record, ‘Martyrs of the Storm’, their most extensive outing to date. The current line-up is comprised of original founder guitarist Al-Sharif Marzeban, guitarist Tarek Amr, vocalist/orchestration Sammy Sayed, bassist Ahmed Abdel Samed, and drummer Amir El-Saidi.

Scarab‘s ritualistic style of cult death metal can be found in the rhythm guitar sections, where riffs form a powerful barrage. The might and force of guttural growls that permeate the opening track ‘Martyrs of Storm‘, the constant demonstration of formidable riffs, and the dominant brutality of the drums add variety to the songs. ‘Necropotence‘ initiates into robust technicality and torrential orchestration, backed by the tectonic pounding of the double bass. The sheer brutality and the heaviness of the riffs are testament to effective musicianship.

Scarab present a ritualistic force of evil. Grunts and guttural growls are forcibly ejected. The striking riffs on ‘Kingdom of Chaos‘ are remarkable, considering the five years of silence. The band have clearly honed their visceral songwriting skills and multiplied the tone of their sound.

The addition of new members provides a new powerful dynamic to the songs. Many inspiring tracks on the album mingle orchestral elements within the song structure. This just proves that Scarab have cultivated their craft on a visceral level. The fourth track, ‘Blood Moon Shadows‘, is a brutal fusion of massive guitar riffs and shredding solos, next to which the utmost savagery of the drums provides power.

The fifth track, ‘Circles of Verminejya’, features a heavy amount of bombastic orchestration as well. The modern production of the album has boosted the sound quality. ‘The Dwellers Beneath’ is centered on dark themes surrounding the pharaohs. Verging upon technical death metal, the riffs here form a rippling power. Even the melodies and the symphonies are mighty. While the growls sound ominous at times, each track contains effective hooks and brutal guitar chugging. ‘Oblivious Sanctum‘ is where tempo hits a climax and the drums unfold into blast beats. Musically the guitar work on the album is absolutely epic; the strong blast of violent riffs and the shredding solos is brilliant.