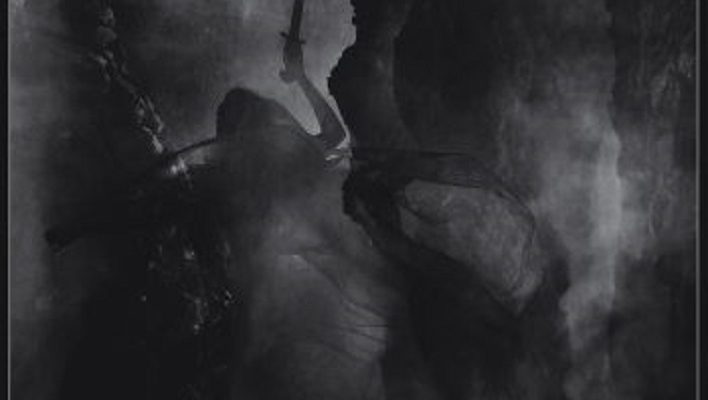 On the March 8th, Sinmara released their anticipated new album Hvisl Stjarnanna through Ván Records. A record which is an ode to their heritage. Originating from Iceland the band has set a reputation for itself since it’s formation in 2013. Their first release “Aphotic Womb” had taken the black metal scene by storm and with their blend of chaotic, devastating sounds intertwined with glorious and gloomy melodies I can see why. It’s Scandinavian black metal at it’s finest leaving nothing but destruction in it’s wake.

Hvisl Stjarnanna is a complicated album to grasp when you hear it for the first time. For starters the songs blend into each other so it’s difficult to keep track but personally I don’t mind. When you start listening to the record more you will notice the smaller details which make the album so great. Between the blasting guitars and growling singing there are dark and sinister melodies woven into the music. Further more there are the lyrical themes about evil spirits and witches that make Hvisl Stjarnanna an even stronger record.

The Arteries of  withered earth is one of the songs which stand out because of it’s sound. Starting with blasting drums followed by deep, hard growls it packs a punch.

The next song, Crimson stars, starts slower but is also is a more intricate song where the melodies leave a much deeper impression. It is a very melancholic song which feels like walking through a forest at 3 A.M. midwinter.

Hvisl Stjarnanna is a very strong, very rooted album in which Sinmara improves their own style showing where they come from and what inspires them.