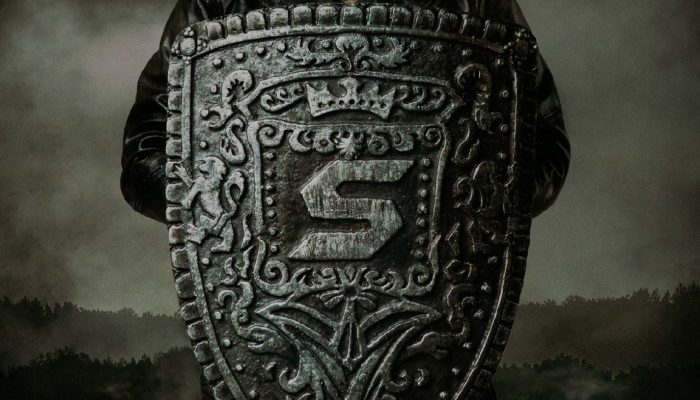 As a preview of Skillet‘s new album Victorious, we got the single ‘Legendary’ on the 8th of may 2019. A track that predicted that Victorious would be a classic Skillet album. That means solid riffs that can break walls, uplifting beats and strength. Not just strength music wise, but also the power to continue doing what you do and not giving up. That’s what Skillet is known for, or what Skillet does to me at least. And I have the feeling I’m not the only one who experiences that. Later we also got ‘Save Me’, and a week before the release of the album, they treated us to ‘You Ain’t Ready’.

The album starts off with the track we already got to enjoy before the release of August 2, 2019: ‘Legendary’. Like I said before, it is full of energy and I’m sure everyone that knows Skillet, already knows this song word by word when they blast it out of their speakers.

Next up is ‘You Ain’t Ready’. ‘You ain’t ready for me’. Go out of the way, you say to everyone that’s blocking your way. No matter how high that mountain is. You’ll reach the top. Another song that carries the motto of Skillet. ‘What doesn’t kill me, makes me who I am’.

Title track ‘Victorious’ takes the approach of harmonies and a more calm style in between the chorus. The chorus takes you and lifts you up all the way over that mountain. This is also the first song where we hear the voice of drummer Jen Ledger loud and clear.

‘This is the Kingdom’ almost has a Macklemore vibe in the beginning of the song. Something different from Skillet. And I have to say, it suits them. Yet again, the magic between lead guitarist Korey Cooper and singer lead John Cooper, drummer Jen Ledger and guitarist Seth Morrison will make anything work.

‘Save Me’ is a song Skillet is very proud off. The band is always about positive vibes and about giving the middle finger to mental health problems. Not in a way that they don’t care, the opposite. The middle finger to the bad thoughts, to all the people who think you can’t do it.

‘Survive’ Don’t be afraid to ask for help when you need it.

The rest of the album continues like this. Heroic, positive, powerful, religious if you want it to be, don’t be afraid to be yourself, … The same formula as they always use, and it still gives me goosebumps. Skillet released short videos for every song on the record where they explain the story behind the songs shortly after releasing the album.

For example, for them ‘Reach’ was a very emotional song because Korey Cooper’s high school friend got diagnosed with cancer. Korey and John shared their feelings about religion with their friend and she found herself in touch with God when she was sharing her stories with Him. She felt that she was not alone.

And that’s the message they’re always trying to spread. Even if you’re not religious. I’ll take myself as an example. I don’t believe in a god, but you could replace the references to God in the songs to, for example, a loved one. Skillet loves to explain about their religion, but they do it in a way that they share the positive message and leave the interpretation of it to you. That’s what I love so much about their music.

Skillet always kicks ass live. They really know how to bring the power of their music to the people. If you want to see Skillet live, they are touring Europe later this year, playing at Trix in Antwerp on December 14 and 15, 2019. For other tour dates, check their website.