The fine quality of melodic black metal which emanated from Sweden has undeniably inspired and influenced many bands. And Sühnopfer is one of these bands that seems to represent that style of the Swedish black metal in a hyper yet melodic tone. The third album Hic Regnant Borbonii Manes which was released on the 10th Of May is one of the best releases of the year so far. The fast and the energetic approach to the music where melodies are all arranged in layers are boosted with fast tempo parts and scorching tremolo pickings.

Sühnopfer new album emphasis on the hyper blast beats and the melodic amalgamation which are processed similarly on the six tracks. These features are beautifully embodied on the second track Pénitences et sorcelages and it builds on melancholic atmosphere that are filled with grief and dark melodies. Hic Regnant Borbonii Manes is a gloomy and ferocious record glutted by blast beats and echoing rasps. It has two main components that are the driving force of the music where it clearly provides plentiful of emotional turbulence.

For example the third track Hic Regnant Borbonii Manes is displayed by the sheer blast beats and the heavy focus on tremolo pickings that outlines the musical alchemy of this album. From the thematic aspect the album is quite somber and mixed with mournful sensibility and focuses on sentimental music. There is not even a moment where you’ll feel dis-attached to the tuneful riffs and the tremolo picked melodies. The album is closely and sentimentally akin to many classic Swedish black metal albums, such as Sacramentum debut album Far Away from the Sun.

Sühnopfer have been treading to the melodic style of black metal and like many acts such as Unanimated, Dissection, Dawn and the French black metal band Aorlhac. The best way to describe the fourth track La Chasse Gayère is by the high pitched vocals that create a dark sense of melancholy and the organic hyper blast beats. There is also a significant amount of melodies used on this track, but instead of keyboards Ardraos makes a great use of the clean guitars to add the atmospheric quality. The tempo is mostly kept at the same hyper speed level, and the sole member Ardroas also possesses some notable creativity in refashioning the melodies from the 14th century. Je vivroie liement is delivered by the harsh screams and the high pitched vocals which are quite traditional to style of black metal.

Other elements like the clean chants and acoustic guitar also can be heard on the same track, Sühnopfer genuinely incorporates the raw style of the Swedish black metal. There is a high level of consistency in all the tracks the riff department feels truly inspired by the early Scandinavian black metal scene. While the instrumentation are well balanced there is a high level of equivalence from the executed drums and guitar riffs. Hic Regnant Borbonii Manes is a heavy tide of blackened melodies and they harmonize quite well together. In the spirit of vehemence and strong intensity you’ll come across some beautiful guitar leads and clean chants on Dilceratio Corporis.

The sheer creativity in songwriting is executed by impressive talents the spark of the effectual melodies, musical dynamics and excellent drum fills are professionally crafted. Epic closure L’Hoirie de mes ancestres is the lengthiest track on this album, and it’s delivered by the sheer amount of blast beats. The track contains with the tempestuous elements from the French black metal style and acoustic guitar touches. But mostly the echoing shrieks are uttered in a violent tone, while the drums are mainly complex due to notable shift in pace the surging tremolo pickings. Hic Regnant Borbonii Manes is tremendously intense and fast, it’s like a shape shifting record which has many details and complex features. 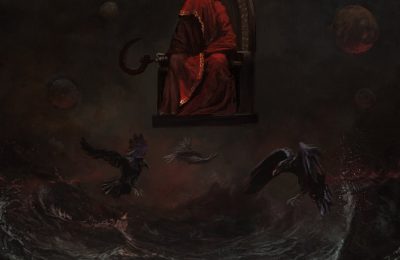 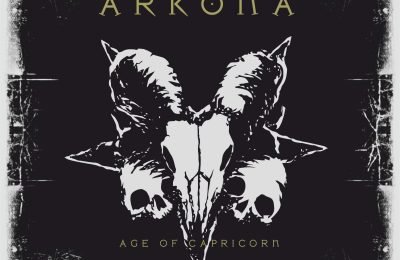