Crossing the barriers of modern black metal the album opener ‘Nattkrönt‘ bursts with rapid blast beats, sinister vocals and catchy guitar lines. A plethora of thunderous riffs ranging from traditional tremolos to prominent lead guitar hooks is brought in with superb dynamics. ‘Rex Tenebrae‘ follows and sprawls on its majestic symphonies. Fusing melodic guitars with symphonic segments, Night Crowned maintains an excellent diversity throughout the album’s duration. As a result of the glorious melodies, the catchy mixture of the cold gothic synth and the haunting guitar lines creates some kind of phantasmic quality whereas the clean vocal verses are reminiscent of Dimmu Borgir. The dominant feature of the album is how these two elements are combined to create different moods and atmospheres.

The beauty of the melodies is often imposed by the outstanding balance of the chugging guitars and the catchy hooks of which they’re quite plenty here. Every track is filled with theatrical symphonies in which the quartet conveys an exuberant vital energy. The virtuosity of interweaving melodies with dark sinister black metal aggression is wonderfully attained. ‘Fjätrrad‘ is a mid-paced track where the melodic tremolos become the striking aspect and the raspy lamenting vocals capture the classic era of Swedish black metal. There is always a dramatic shift in the pace of the drums and driven guitars that apply lush melodies. While the dynamics are brought into the track, the beautiful piano passages craft an atmosphere of Fantasia.

‘Ett Gravfäst Öde‘ is another song that includes some breathtaking symphonies. There are moments when the tempo slows down, allowing the lead guitars to provide an emotional anchor. In effect of the outstanding song composition, the band weaves such a compelling craft. The piano passages are often followed by pure evil aggression. Night Crowned delivers a haunting and evocative piece of melodies that will freeze your blood. ‘Hädanfärd‘ isn’t just a mere generic black metal album. The improved quality here makes the previous album incomparable to what the band has achieved on the sophomore. Despite the polished production, the songs are enhanced by the efficiency of the craftsmanship and the excellent guitar techniques that boost the ultimate level of intensity. ‘Gudras Skymning‘ injects heavy dynamics while the melodic guitar work offers memorability to the listener.

The song blasts into aggressive paces with deep howling and ghastly whispers capturing the senses. The guitars provide blistering riffage with the tremolo pickings creating a pitch-black atmosphere. ‘Hädanfärd‘ blazons across the mid-nineties Swedish style of black metal, but more importantly the band has succeeded in emphasizing its creative songwriting. The drum work on the album is nothing short of amazing. For instance, ‘Människans Förfall‘ is incredibly fast and melodic at the same time. Through its swift pace and hellish blasts resembling Dark Funeral, the Swedish quartet spews viciousness unleashing fierce-driven riffs.

Every component fits perfectly with the music: the layered orchestration on ‘Grått & Ödelagt‘ is musically gritty and filled with a grim majestic aura. The whole effort is just amazing and mind-blowing. Navigating somewhere between melodic and symphonic black metal, Night Crowned adds an epic mysterious feel of darkness.

Closing with ‘Enslingen‘ the band hits a symphonic score where the catchy lead guitar is layered atop the pounding drums. ‘Hädanfärd‘ is an imperial black metal album that defines itself by the lofty musical arrangement and the outstanding performance of the Swedish quartet who aptly conjures the art of the second wave of black metal. This is highly recommended for fans of Dark Funeral, Dimmu Borgir and Old Man’s Child. 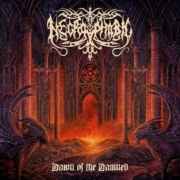 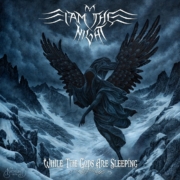 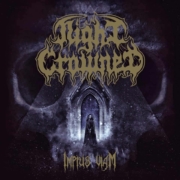 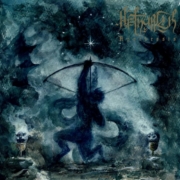 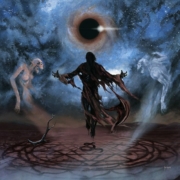