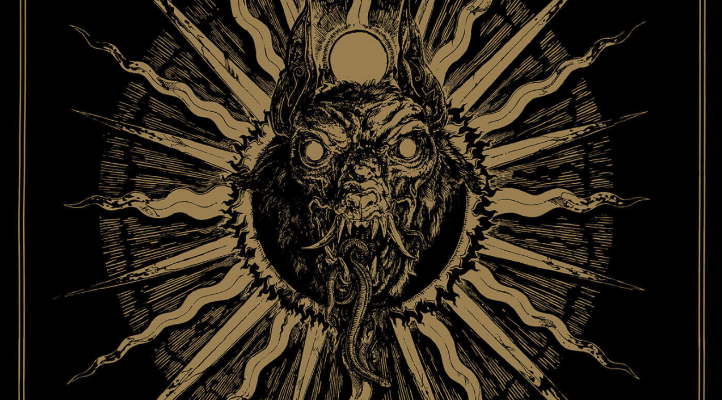 For the last few years the Icelandic black metal scene received tons of praise, and rightfully so! What spawned from this small incest-scene for the last few years was no small deal: Misþyrming became artist in residence at the famous Roadburn festival, Carpe Noctem recently released their second full length Vitrun, Sinmara is crafting a new piece of ravishing darkness as well and I didn’t even talk about the many musical endeavours of Wormlust-mastermind H.V. Lyngdal. This whole batch of young wolves, however, had not risen to fame without the absolute Icelandic black metal album: the infamous 2012 release Flesh Cathedral, emanated from the collective minds of Svartidauði. Flesh Cathedral ultimately incited the Icelandic scene to conquer the rest of this flying speck of dust: one big chunk of dissonant blasphemy that, even after all these years, still makes my speakers tremble a few times a week, an album which I don’t ever seem to get tired of. Call me a fanboy, but there’s a reason the artwork from this album adorns my trve kvlt leather battlejacket ov hell. Now on to the follow-up!

Following some strong EP’s (which ultimately didn’t entirely quench my thirst) the band presents uw a new full length, baptized by the title Revelations of the Red Sword. Instead of four songs, each spanning more than 10 minutes, this time the band resolves to a more straight-forward approach. The average length of the songs is shortened (drastically), resulting in much more compact songs. In short: less repetitiveness, and as a consequence Svartidauði mercilessly pounds your eardrums for 45 minutes straight.

Sturla Viðar once again condemns the whole world into oblivion, and quite expertly at it with his deep, raw and extraordinary sinister sounding shrieks while Þórir Garðarsson drapes layer upon layer of guitar lines, crowning himself the absolute master of dissonance. With opening track Sol Ascending the band returns to the asphyxiating yet vivid sound we got acquainted with on the debut – perfectionist Stephen Lockhart (Rebirth of Nefast) did, as usual, a splendid job on the mixing and mastering at his Studio Emissary. The real power of Svartidauði however resides in the extremely striking drumming patterns of Magnús Skúlason. His performances on Flesh Cathedral already exhibited some real ingenuity, yet he surpassed himself masterfully here. The man’s skilled at blasting his way through, but few other drummers succeed in applying such subtle, at times even jazzy, accents throughout the album.

Revelations of the Red Sword immediately breaks loose while hypnotizing riffs and melodic riffs never loosen their grip, as is the case in Burning Worlds of Excrement. Good luck getting that melody out of your miserable head. About halfway through Wolves of a Red Sun creates some more breathing space with a bigger focus on melody and less on aggression. Reveries of Conflagration and Aureum Lux, the two longest tracks on the album, seem to return a bit to the compositional style of the debut: the Icelanders allow more time and space to create tension, build climaxes and – naturally – explode fiercely, whereat the repetitiveness that characterized Flesh Cathedral rears its ugly head once again.

Despite the slightly altered formula Revelations of the Red Sword is, unmistakably, a Svartidauði album and the band proves once again to be lord and master concerning dissonant black metal. The thread that weaved the debut album to an extremely coherent piece of art may be less apparent, yet nevertheless the figureheads of the Icelandic scene deliver a remarkably well-crafted album. The long wait for album number two is over, and I gladly forgive them for challenging my patience.