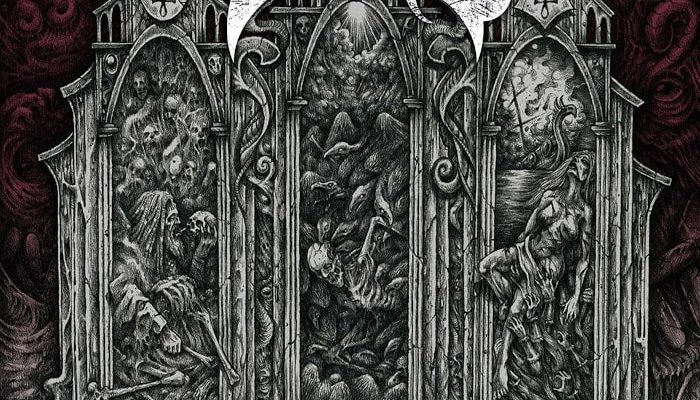 The Dutch underground metal scene during the early 90’s was a center of original death metal bands that hosted many big names like Asphyx, Pestilence, Polluted Inheritance, Gorefest and many more. Thirty years ago this very scene offered a variety of old school death metal bands that incorporated other genres such as thrash and doom metal. One of the mainstays of the Dutch groups is the death/thrash metal band Thanatos, formed in 1984 in Rotterdam, south of Holland by vocalist/guitarist Stephan Gebédi.

Thanatos‘ first full-length album Emerging from the Netherworlds came out in 1990 and it was instantly deemed classic by fans of the genre. After the release of second full-length album Realm of Ecstasy in 1992, the band split up. And was later reformed by the original member Stephan Gebédi in the year 2000, continuing to release a couple of albums such as Angelic Encounters, Justified Genocide and Global Purification.

Recently the band returned with their seventh album entitled Violent Death Rituals. The present lineup is laden with veterans from the Dutch underground metal scene such as guitarist Paul Baayens (Asphyx, Siege of Power), drummer Martin Ooms (ex-Liar of Golgotha), and bassist Mous Mirer (ex-Liar of Golgotha, ex-Enforcer, ex-Melechesh). Truth is that Thanatos never gave up their style since the beginning of their early career.

The latest album is built on the old school extremity, however Violent Death Rituals expands to a new level of diversity. Thanatos carries on with the measure of hostility and brings their songs into dynamic consistency. Kicking hard with razor-sharp riffs the opening track Violent Death Rituals is a pure thrashing of old school death metal. Despite the mid-tempo, the song builds up slowly with the crushing drums the guitars unleash the arsenal of destructive riffs.

The drums dominate a crushing tone and the growls are uttered in high pitched rasps while the band maintains a whirlwind tempo. The Silent War displays the power of the punchy death/thrash metal riffs and the energetic tempo swells with roaring growls. Thanatos’ new album sounds boisterous and loud. The guitar department brought many changes to the riffing tonality. This new reformed measure shows rapid growth in the songwriting and for this reason, the latest offering finds them competing with Asphyx and even Vader.

On other tracks such as Unholy Predators, they add a dynamic boost to the solos and the mechanized performance of the drummer Martin Ooms is absolutely monstrous. The barrage of the guitar artillery strikes hard on the following track The Outer Darkness. Thanatos presents many varied tracks and eschews the modern clichés preferring to stick to the old school methods of death/thrash. The breakdown midway the track involve massive riffs in mid-tempo. This also applies to the drums. The machine gun drums have an explosive nature, the riffs sound loud and thrashy.

The sheer intensity and the aggression of the guitars are what make Violent Death Rituals so engaging. The impressive arrangement of the tracks serves the flow and the consistency of the music. For example Burn the Books of Hate begins with a heavy guitar barrage but the level of aggression is somewhat reduced. The entire weight of the songs is processed through the powerful riffs, growls and drum bombardment.

It Always Ends in Blood and Corporate Indoctrination retain the tempo as these two tracks flow with energetic riffs. Violent Death Rituals concentrates on a riff barrage, It Always Ends in Blood begins with a storming drum beat. Then later on, the band shows a professional way of incorporating melodies and guitar licks in the middle of the song, allowing the guitars to maneuver through different tempos while the drums seemingly keep the pace matched with the guitars.

Violent Death Rituals is infectious and seemingly influenced by the contemporary Dutch death metal bands such as Asphyx and Hail of Bullets. The final two tracks Sent from Hell (I Infidel) and As the Cannons Fade contain explosive elements of thrash metal and build into an aggressive pace with the constant barrage of the guitar riffs and acrobatic solos performed professionally.

Thanatos‘ latest album is a powerful and rejuvenated death/thrash metal album. In an age where a lot of modern thrash metal bands fail to bring something fresh, Thanatos stands up and shows the ability to merge the power of thrash metal riffs and the brutality of death metal. 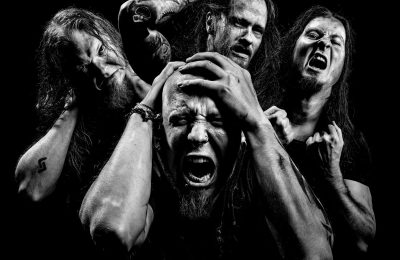 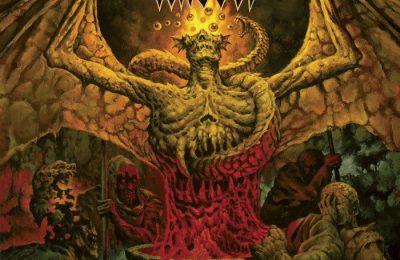 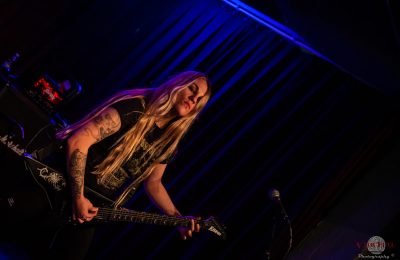 Interview Nervosa – “We are living of metal, it’s fantastic!”