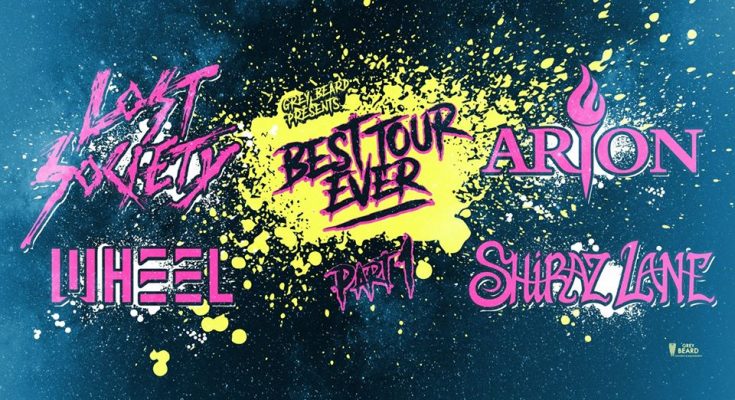 We’ve mentioned it already a couple of times in some of our reports: the legendary Nosturi venue in Helsinki has to close its doors. So what way could be better to go say our goodbyes to this great venue with its many great memories than catching the Best Tour Ever Part 1 there? A showcase of four up-and-coming and hot Finnish metal and rock bands as the last heavy show at this place that had its windows regularly nearly vibrate out of their frames by the guitar riffs, thundering bass and hard-kicking beats…

This is the fourth time in a year that I’m seeing Wheel, and I’m still not sick and tired of it. Every single show I’ve seen of them has been consistently strong, even when they happened to be not in the best form. But tonight they definitely were ready for it! From start to finish they managed to captivate the crowd already gathered and before you realized it, the musical trip they took us on was over yet again. Too fast to my liking to be honest, I could’ve “endured” for quite a bit still. Wheel really is a band that is steadily on the rise, and they deserve every bit of their growing success.

Next up was one of Finland’s most promising new rock acts! Shiraz Lane has been on the rise the past five years, spreading their message of peace, love and rockin’ the fuck out all over the world, recently making it as far as Brazil! It was good to see these guys back on a Finnish stage having fun playing for their fans as usual. Their energy was high as always and a nice mix of songs with oldies like ‘Mental Slavery‘, fan favorites from their ‘Carnival Days‘ album like ‘Tidal Wave‘, ‘Harder to Breathe‘, my personal favorite ‘Reincarnation‘ and brand new tracks like ‘Revolution‘, ‘Do You‘ and as closer the Savage Garden cover ‘To The Moon & Back‘ resulted in yet another signature Shiraz Lane rock ‘n’ roll show! See these guys when they come to a venue near you!

Setlist:
Tidal Wave
Mental Slavery
People Like Us
Revolution
Reincarnation
Do You
Harder to Breathe
To the Moon & Back (Savage Garden cover)

Next was a band of yet another caliber. Arion delivers modern melodic power metal with a touch of symphonic to bring it to a more epic scale. While there is no denying that all of these guys are damn talented musically and they have a huge amount of energy on stage, personally I wasn’t satisfied with the at times almost sticky sweet lyrics and rather cliché power metal moments after a couple of songs. They did get the crowd going quite nicely though and I’m sure they’ll grow to become one of the mainstays in the (Finnish) metal scene. I must say I could’ve used my sunglasses though, all that stage light! I’m not used to that much light anymore in the middle of a Finnish Winter…

Setlist:
No One Stands in My Way
I Am the Storm
Punish You
Seven
Out of the Ashes
You’re My Melody
Unforgivable
At the Break of Dawn

Since that was sort of the theme of the “Best Tour Ever part 1″, closer of the night was yet another up-and-coming Finnish act. Lost Society exploded on the scene back in 2010 with their ferocious thrash metal inspired by some of the greats, instigating a resurgence of that subgenre in their home country. Their catchy yet aggressive tracks and live shows with the impact of a nuclear assault have grown them to become a local favorite and got them to tour all over the world, kicking ass and taking names. And just as always, that was exactly what we got straight from the start: heaps of energy, whipping hairs and moshpits galore!

A handful of older tracks with their two first singles ‘No Absolution‘ and ‘Deliver Me‘ from their upcoming record and their great rendition of Rage Against The Machine‘s ‘Guerilla Radio‘ made the crowd go wild. What really impressed me, was their guts to close the show with ‘Into Eternity‘, their latest single and least Lost Society sounding track they took to an epic scale when they included Apocalyptica to play on the record. To be honest, a perfect last metal act to close down Nosturi: showing that the scene is very much alive and isn’t going anywhere, no matter the push-back it often experiences!

Setlist:
No Absolution
N.W.L.
Deliver Me
KILL (Those Who Oppose Me)
Terror Hungry
Guerrilla Radio (Rage Against The Machine cover)
Riot 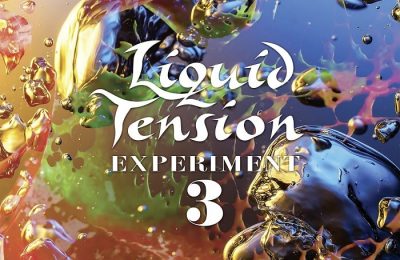 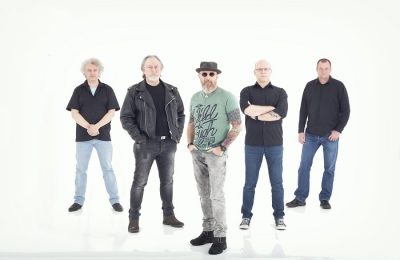