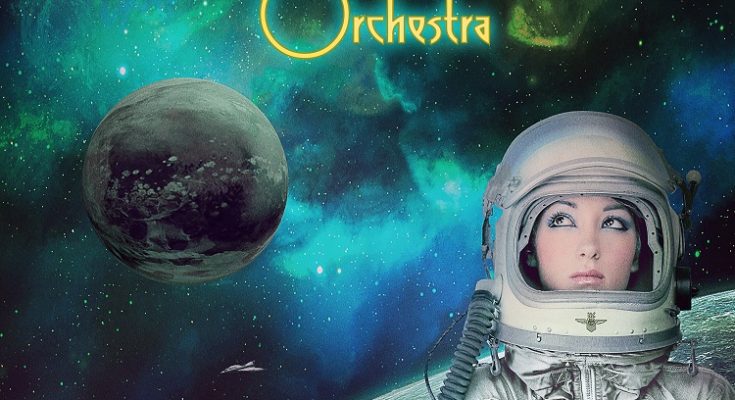 You might not expect the guys from Soilwork to be such huge fans of classic hard rock, but there you are. For the fourth time the Swedish night liner called The Night Flight Orchestra takes you back to the bygone age of Toto, Europe, Thin Lizzy and Foreigner.

These lovingly crafted pastiches of eighties swagger are not only executed with a healthy dose of humor and fun, they are also simply put really good songs. It’s almost like a music quiz to pick up on all the bands they play reference too. The boys are having the time of their lives reenacting the music they grew up on.  While Björn Strid has already proven himself to be a versatile vocalist who can handle pretty much everything from death growls to metalcore and back in his other band, he more than holds his ground on this melodic turf also, where he can only rely on clean signing. On bass you’ll find once more the stalwart of Scandinavian rock, the incorrigible Sharlee D’angelo, bassist extra-ordinaire of  King Diamond, Merciful Fate  and of course, currently Arch Enemy.

The opener übercheesy This Time and Lovers in the Rain have been justifiably chosen to be the first videos, the latter of which is a vintage animated feature like last year’s Gemini. The other tracks are far from fillers though: Paralyzed, Pretty Thing Closing In and the uplifting keyboard swirls of the title track stand out in particular.

Signing to Nuclear Blast with Amber Galactic was a huge step up for the band. Along with the upcoming European tour, the new album will go a long way into establishing these night flyers as more than just a fun to do side project. Don’t miss out on them when they land at the Biebob in Vosselaar this November.

1. This Time
2. Turn to Miami
3. Paralyzed
4. Sometimes The world Ain’t Enough
5. Moments of Thunder
6. Speedwagon
7. Lovers in the Rain
8. Can’t Be That Bad
9.Pretty Thing Closing In
10.Barcelona
11.Winged and Serpentine
12. The Last of the independent Romantics