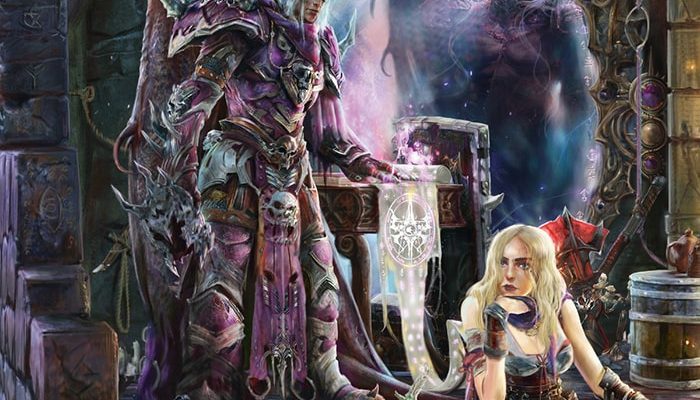 The Unguided is a Swedish melodic metal band formed in 2010 by Richard Sjunnesson, Roger Sjnunnesson, Roland Johansson and John Bengtsson: all former members of Sonic Syndicate. After releasing 3 albums Roland Johansson left the band due to increasingly growing commitments to touring and recording, which were having a negative impact on his personal life. He was replaced by Jonathan Thorpenberg who you can hear for the first time on ‘And The Battle Royale’, their previous album from 2017 and now on their latest album called ‘Father Shadow.’

We start off with ‘Childhood’s End’: a heavy beginning with the grunts of Richard Sjunnesson and my first encounter with new member Jonathan Thorpenberg who does the clean vocals. It is his second album with The Unguided and I have to say he does a hell of a job. ‘Never Yield’ shows the melodic side of The Unguided with a big role for Jonathan Thorpenberg because he sings the chorus and his voice is the thing this song needs. ‘War Of Oceans’ shows us that the guitar players can’t be forgotten either as show themselves with great riffs.

‘Breach’ shows the harder side of The Unguided with the angel voice of Jonathan Thorpenberg who lifts this album to a higher level. ‘Where Love Comes To Die’ is a typical love metal song. ‘Crown Prince Syndrome’ is the second single that came out and they even made a video clip for it that sounded very promising. Now with the new album I’m not disappointed.

‘Fate’s Hand’ proves that The Unguided has evolved and wants to expand their fan base because this is more of a mainstream song, but not the radio kind since it’s to heavy for the radio. Nothing wrong with that, this song kicks ass. ‘Stand Alone Complex’ and ‘Lance Of Longinus’ are typical The Unguided songs with their usual melodic elements.

‘Seth’ came out a year ago and was the first encounter with this new album. The fans had to wait a year for the new album, but it was well worth the wait. We end with ‘Gaia’ that has a guest appearance on vocals from Erik Engstrand who plays in the Swedish band Eyes Wide Open.

But it’s not over yet. The fans who are a big fan get a treat. On the limited edition of this album there are 3 covers of old Sonic Syndicate songs when Richard was still a part of the band. ‘Jailbreak’ is a very old song that dates back to the debut album of Sonic Syndicate ‘Eden Fire’, released in 2005. The second one ‘Denied’ goes back to 2007 and was on the second album ‘Only Inhuman.’ And they saved the best for last: ‘Jack Of Diamonds’ from their third and for me personally best album ‘Love And Other Disasters’, which it was their big breakthrough.

TAGFather Shadow Melodic Death Metal modern metal Napalm Records sweden the unguided
Previous PostInterview The Unguided - "We'd seen reactions towards Jonathan because we'd done a lot of shows with him, and the fans already liked him" Next PostDark Tranquillity - Moment