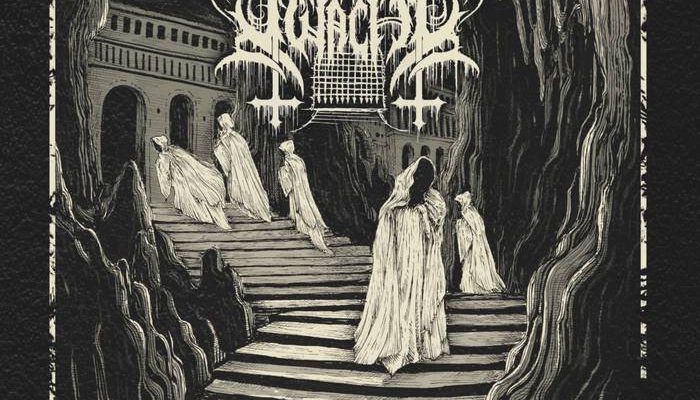 Totenwache is a black metal band hailing from Hamburg, Germany. The band’s first demo “Ursprung” was released in 2017 and was followed by a split album “Verbannte Erde” and a compilation “Acht & Bann” both released in 2018. Der Shawrze Hort is the first installment by the German trio who released their album independently. After a short acoustic intro it won’t take much until you realize that these Germans incorporate the raw and the melodic style of black metal. Many bands have been thriving on the old school black metal music and Totenwache is no exception to the perpetual influence of the second wave of black metal. And like most of the bands hailing from Germany, Totenwache strongly implies on the cruel nature of the black metal majesty by injecting melodies into the song structure.

Der Shwarze Hort (The Black Hoard) is a good mixture of pure and melodic black metal. The following track Urteil: Niedergang showcases the talents of these German lads. The display of the typical tone of razor sharp tremolo pickings and cold Nordic melodies resembles the Finnish black metal style. It’s notable to mention that the variations of the tempos allows the tracks to progress into faster pace. From the rapid tremolo pickings and blast beats, Totenwache increase the melodies to create more memorability within the tracks. The third entry Galgenvögel begins with cold freezing tremolo pickings and veers straight into mid tempo style. Beside the mournful melodies that sweeps by the blackish growls, the approach here is similar to the Finnish black metal bands such as Horna and Sargeist.

Musically Totenwache‘s debut correlates with the Scandinavian old school black metal effectually, and draws its melodies and inspiration from the nostalgic era of the 90’s black metal. The band also presents an ample amount of riffs and tremolo pickings “Des Königs stolze Acht” is another mid tempo track bursting into pure and vicious manner embedded with dark melodies. The atmosphere here is grim yet appealing, it has that dismal aura, which surrounds the song overall. The vocals brings this track to an epic quality. Through these various tempo parts the rhythm guitar unleash wondrous melodies.

That guitar will transport you back in time when black metal was pure, cold and evil. The shift from the slower parts to fast tempo proves how these Germans possess a sheer musical agility. Again the quality of riffs are excellent. Totenwache grasp a natural talent and there is a distinction between the flowing melodies from each passing track. Der Shwarze Hort has a prominent aspect in inserting the melodies within the songs, these elements make every track so memorable. With the encompassing atmosphere that streams like a black river, the eponymous is imbued with qualities of the magical tone of the tremolo pickings.

The dark aura which surrounds the track contrast between the effluent melodies and the low evil growls. Through the rapid blast beats and the mournful atmosphere, Totenwache demonstrate a unique way of structuring their songs. The album is ridiculously catchy, and the rhythm guitar has a significant role in utilizing the melodies. As a newcomer, Totenwache doesn’t sound like a new band at all. This is an enjoyable album by the German trio who seemed to be quite experienced. The album is highly recommended for fans of old school Finnish black metal.

Other tracks like Die Alte Legion continues into the same pace by drawing the raw riffs from the second wave of black metal. And while still alternating between the somber tone and the raw qualities of black metal, the band maintains its aggression by moving into the same musical template. Throughout the album Totenwache use some sound effects, and instead of relying on synth like most of the melodic black metal bands, the German trio depends on the slower tempos allowing the instrumentation to shimmer along with the mournful growls. Another notable element is the drum performance that sounds very organic and dominates over the flow of the track.

Der Shwarze Hort isn’t a perfect album either. There are many repetitive riffs but that’s among the regularity which the band delivers. The final track Gloria Antichristi resembles the style of the Finnish black metal bands such as Horna. And rather than ending the album with a fast track, Totenwache chose to concentrate one more time on their melodies. As in whole, Der Shwarze Hort is soaked in beautiful melodies and mournful aura of pure black metal mastery. 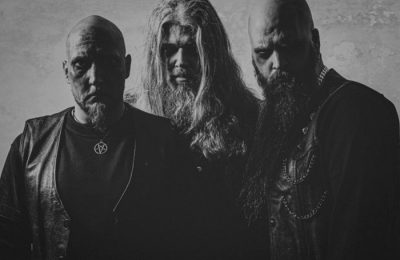