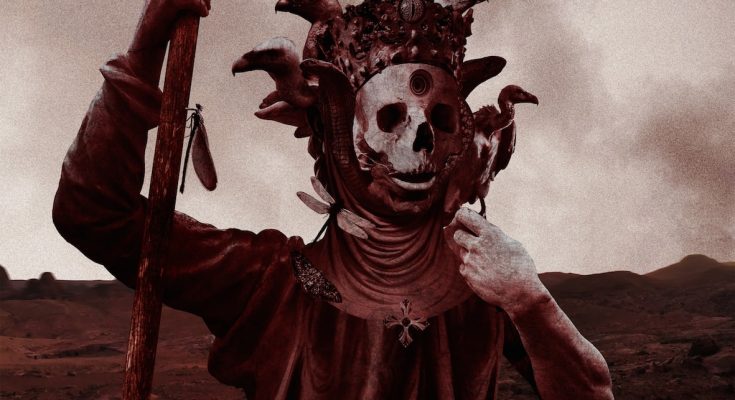 Sometimes you get certain bands in your sights totally by coincidence. One such band I recently discovered through a chance meeting with some people in the Finnish music industry is the Finnish/British progressive outfit Wheel. They released their debut full-length ‘Moving Backwards’ earlier this year and looking at their statement that they basically started making the music they wanted to hear after getting sick and tired of waiting for the new Tool record, this sounds kind of intriguing. Throw on top of that the knowledge that the band is put together by some of the best musicians around going from often used so-called “hired guns” of other bands and music teachers, I had the feeling I was in for quite the treat.

As soon as the first track ‘Vultures‘ kicks the album off, you get a groovyness thrown at you that is simply undeniable. When vocalist James starts singing, the comparison with Tool and A Perfect Circle is quickly made with a sound and tone that goes quite much in the direction of Maynard. With the use of very clear clean and more grungy vocals to put some power behind the words, it creates a lovely dynamic on its own. All the instruments seem to be put in the mix on an equal level which is great since every single played instrument delivers a very clear part of the whole and are skillfully played. It also means that there is a lovely deep and groovy bass sound very present, which I often tend to find a bit lacking in other music.

Second track ‘Wheel‘ opens with a very drum and bass centered part, giving those instruments their moment to shine through a bit more. The whole track is just like most of the other songs very groovy and damn catchy. And that’s the appealing thing about the music of these guys: it’s very intricate and music geeks will drool over the compositions, but at the same time it’s still accessible to those that don’t really care about those details. The track continues going from meandering to outbursts or explosions of heavier parts, giving it a very dynamic feel and holding your attention throughout.

Another factor that I think separates them from a lot of other prog bands: it doesn’t come across as overbearing self worship, even when they have long instrumental passages in which they create just atmosphere instead of groove. Everything seems to be leading somewhere and it’s not all about showing off what the individual musicians are capable of. Or in simple words, besides masterfully playing their instruments, Wheel excels in damn good songwriting!

The rest of the album kind of build further on that magic combo of intricate music and catchy, groovy tunes with not all songs being as strong maybe, but nevertheless very good songs that easily get stuck in your head. A couple of standout tracks for me are ‘Up The Chain‘ which sounds like they needed to ventilate a bit of frustration with lines like

and the epic album closer ‘Lacking‘ with a rather inspirational vibe in which they talk about keeping control and moving on to get better. The instrumental track ‘Skeletons‘ I found a bit unnecessary maybe, but is still a decent enough track for me to not want to skip it every time it starts playing.

Overall, ‘Moving Backwards‘ feels like a step forward for Wheel. I can imagine this release making some heads turn and winning some prog and music lovers’ hearts. They clearly got noticed as they’ve managed to do tours with great bands like Soen, Katatonia and Cellar Darling and have been booked for several big prog events. In any case, there is a new fan here! And if you get the opportunity to see these guys live, go for it. It’s quite the experience!

One thought on “Wheel – Moving Backwards”