Ensiferum is a Finnish folk and melodic death metal band founded in 1995. 6 years later they released their debut called ‘Ensiferum.’ On this debut they began the saga of ‘Väinämöinen Part 1 and Part 2‘ just like Metallica did with their song ‘Unforgiven.’ Spoiler alert: the third part of that saga is on their new album ‘Thalassic’. In 2004 they completed work on their second album called ‘Iron’. Their third album ‘Victory Songs’ was released in 2007 and then the train left the station. In 2009 their fourth album ‘From Afar’ came out and since that day Ensiferum never released a bad album in my personal opinion.

In 2012 they reached album number five with ‘Unsung Heroes.’ This was also the last album for Spinefarm Records. After this record they signed with Metal Blade and until this day this is still their label. In 2015 they released their sixth album called ‘One Man Army’, the first for Metal Blade. And their seventh album ‘Two Paths’ was released in 2017 and now their new and eighth album called ‘Thalassic’ is ready to be thrown into the world.

‘Seafarer’s Dream’ is the intro of their new album ‘Thalassic’. The acoustic intermezzo with in the background the sound of a ship that is floating on the sea with orchestral elements is the perfect way to open an album filled with songs inspired by the sea. My speakers just exploded when ‘Rum, Women, Victory’ kicks in with a raging roar from vocalist Petri Lindroos. A typical victory song of Ensiferum on which live we all most likely will scream “Rum!!!!!!! Women!!!!!!! Victory!!!!!”. This is also the first introduction of the recently joined keyboardist/vocalist Pekka Montin, who brings in powerful sounding vocals and the prospect of having live keyboards again!

‘Andromeda’ is infused with the folk elements that Ensiferum is known for and there is a very catchy chorus. It’s hard to get it out of your head after you listening. A song that will appeal to many of the more old school fans as well and where Petri‘s growls blend perfectly with Pekka‘s clean vocals. ‘The Defence Of The Sampo’ not only has the signature sound of Ensiferum but if you take a look at the lyrics you see it’s a song about the hero Väinämöinen. He comes back a lot in the lyrics of Ensiferum and their mascot that comes back on every album cover looks remarkably much like him. In Finland’s national epic poem Kalevala, Väinämöinen steals the artifact called Sampo back from the sorcerer Louhi, an artifact that brings great fortune to the holder of it. Louhi pursues and a sea battle breaks out, resulting in her defeat but also the loss of Sampo.

Next up is another fast burner with ‘Run From The Crushing Tide’. You have to take the lyrics with you, if you read them and hear the music you will actually feel like you’re running from the crushing tide. ‘For Sirens’ is another mythological song and again an awesome song in the style of Ensiferum. Pagan metal at its best. ‘One With The Sea’ is a slow beautiful song that is about dying and like the title says, becoming one with the sea. I want them to play this at my funeral. A real beauty. After this moment of contemplation, they turn up the happy somewhat with ‘Midsummer Magic’, a hilarious and upbeat metal track about the summer, the heat and running bare naked in the sand. A great personification of the true joy and wildness Fins experience during the much celebrated Midsummer’s night every year.

And then we have ‘Cold Northland (Väinämöinen Part 3)’. This is something that goes back to their debut from 2001 with the tracks ‘Old Man (Väinämöinen Part 1)’ and ‘Little Dreamer (Väinämöinen Part 2)’. Now we finally have part 3 and it’s the best of the three. Very modern, awesome sound and a magical vibe, somewhat a throwback to the early days. An epic closer for the regular album, clocking on nearly 9 minutes long.

For those who get the digipack or the deluxe box bundle, Ensiferum has a little extra included under the form of 2 bonus tracks. First up is the awesom ‘Merille Lahteva’ track, not metal but more something like a folk dance. Second bonus track is a cover song cause it’s no album of Ensiferum if their ain’t a cover on it as a bonus track. This time it’s a cover from The Lollipops called ‘I’ll Stay By Your Side’ and we have to say it the version of Ensiferum is the best one.

Eight album ‘Thalassic‘ of Ensiferum is just a true masterpiece on which they show progress with new elements but also dare to look back at some of their early successes. For me personally this is the best album of Ensiferum.

*only on digipack and deluxe box bundle 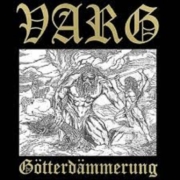 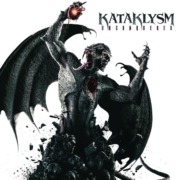 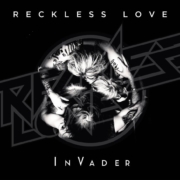 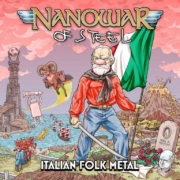 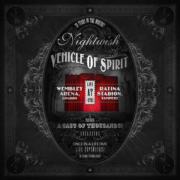 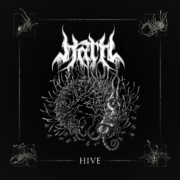 Sunken – From Slow Sleep Like Death
Scroll to top