You are here: Home1 / Album Reviews2 / [Evertrapped] – The Last Extinction

[Evertrapped] is a Canadian melodic death metal band, formed in 2007 and released their first album in 2010 called ‘Tales From The Supermax.’ For the second album, released in 2012 and called ‘The Anomaly’, they worked with a new frontman called James brookes who is still in the band right now. In 2015 they released their third album called ‘Under The Deep.’ And now 5 years later here is album number four ‘The Last Extinction’.

The album kicks off with ‘Sorrow (Nothing In Between)’: some solid melodic death metal with thrash influences. Vocalist James Brookes can grunt, scream and sing clean just like that. We even get to hear some keyboard tunes that add value to the song. A woman screaming and some shotguns; that’s the beginning of ‘Truth Behind Disorder.’ It’s faster and harder than the previous track. The keyboard tunes are back again but for me it sounds the same as earlier, it doesn’t add something new. It sounds like they use the same tunes for both tracks. Besides that it’s again a solid track with strong instrumentation.

‘Across The Disease’ offers something from both worlds. Melodic death metal blast beats, thrashy riffs, strong screams some black metal vocalists would dream off. ‘Titan’ is something else, a little slower and more black metal and that’s a surprise. But who am I to judge; it sounds nice and they can pull it off even with the clean vocals. The clean vocals with the creepy keyboard tunes gives this even more a black metal atmosphere.

‘The First Machine’ is more a progressive death metal song with the galloping drums and more technical riffs. The keyboard tunes are also present again, providing a creepy atmosphere. This is only the fifth song and it’s already one hell of a trip. We already heard melodic death metal, thrash metal, black metal and now even some progressive death metal. Let’s move on and discover the rest.

Title track ‘The Last Extinction’ starts off with creepy keyboard tunes and is a great track with all the ingredients that a melodic death metal track needs. And closer to the end we get a treat from Peter Brookes singing some clean solo lines just before the instruments kick back in. ‘Illusion’ starts with a nice piano interlude and then the massive sound kicks in. It’s one of the longest songs of the album, with a lot off progressive elements and ending with again a creepy but fine piano interlude.

Then we have the last two tracks of the album called ‘Stillborn Era’ and ‘Learning To Kill.’ Two solid melodic death metal tracks that ends a great album. The fourth album from [Evertrapped] will charm a lot of people who are into melodic death metal. It is nothing we haven’t heard before but they still created a great album with ‘The Last Extinction’. 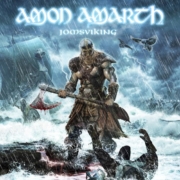 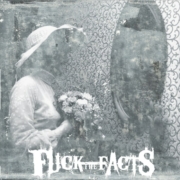 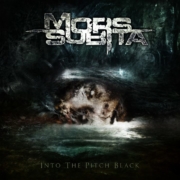 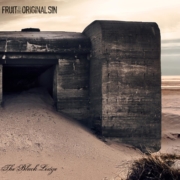 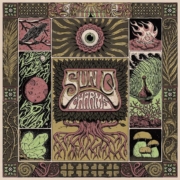 Bodom After Midnight – Paint the Sky with Blood EP
0 replies