You are here: Home1 / Album Reviews2 / Necromantia – To the Depths We Descend…

Necromantia – To the Depths We Descend…

Athens’ black metal forerunners Necromantia seems to approach its final run with “To The Depths We Descend…” which is the band’s last album paying tribute to former bassist/keyboardist Baron Blood (R.I.P). Formed in 1989 by vocalist, bassist, and keyboardist Magus Wampyr Daoloth and bassist Baron Blood, for many decades Necromantia has been one of the mainstays in the underground Greek black metal. In 1993 they debuted their masterwork album “Crossing the Fiery Path”, and with this atmospheric inauguration Necromantia defined its traditional hallmarks of the second wave of black metal. Their follow-up 1995 album “Scarlet Evil Witching Black” delivered an eccentric arrangement of eight-string bass guitar that was utilized instead of the rhythm guitars, as well as orchestral elements the album displayed a primitive approach to black metal.

In its symphonic scale “To the Depths We Descend…” is impeccably stylish and organic. The Magus (bass, vocals, and keyboards), George Emmanuel (guitars, keyboards), and Yiannis Votsis (drums) combine the fundamental elements of eighties metal. The new album contains six new songs and two re-recorded tracks, the diversity of the songs reflects on the creative and the innovative levels that boost a strong spirit of exploring the ancient majestic qualities of Mediterranean black metal. The farewell album also features some guest musicians such as Inferno, Yiannis “The worshiper of Pan”, and Bill Zobolas. The opening moments of “Daemonocentric” infuse the sheer heaviness of the guitars and pounding drums. The bass guitar and keyboards are brought into effective range utilizing a powerful occult sound and there is an emphasis on creating a dark and atmospheric tone with the use of the gothic piano and synth. The soaring crescendo of the towering lead guitars thundering powerfully bringing a menacing feel to the songs.

Everything from the guitars, keyboards, and drums swirl into a mass of atmospheric darkness. In spite of the varied tempos, “And The Shadows Wept…” brings the symphonic frills into momentum. Driven by dynamic tempo the menacing vocals creep across the swelling riffs. The new songs are brimming with haunting guitar lines and powerful drum paces. Necromantia on its fifth album focuses on slower moments therefore the songs are full of tremolo-picked riffs and Hellenic melodies. The epic charm ebb and flows like the infernal tides as they slowly plunge the listener deep into the dark abyss. “To The Depths We Descend…” sets up to haunting undertones the excellent display of the bass guitar and the juxtaposition of the creepy keyboards on the instrumental track “Give The Devil His Due” feels like a horror movie soundtrack. The song holds an ancient perspective to the band’s debut album, although the Greek masters have not released anything which comes close to this.

Seemingly the band fuses the tremolos with a subtle synth, and this wonderful brewery of old school and modern black metal manifests the technical abilities of the guitars to create plentiful moments of solid grooves, the album re-introduces the trademarks of the band in a refreshing way. “Inferno” fires all cylinders and takes a frantic fast-paced direction the addition of the hellish riffs and the ambient keyboards reminds me of the video game Castlevania. The heavy guitars swirl against the spooky reverberation aside from the scathing riffs the demonic orchestra resound loudly. “Eldritch” features pulsating guitar riffs and is accentuated by the ebbing synthesizer which adds an extra texture to the slow doom-like passages. There are other instruments like the saxophone featured on the eponymous instrumental interlude.

As in whole the new songs sound rawer and more organic as it captures the style of Greek black metal, the remaining two tracks “Lord of the Abyss MMXXI” and “The Warlock” are taken from “Crossing The Fiery Path” album and contain some epic guitar melodies. The opening moments of the track begin with the guitars injecting powerful grooves into the tempo but later on, the music takes an atmospheric turn. Surprisingly the synthesizer provides a haunting backdrop to this epic track that transforms the elements into a menacing Transylvanian theme. On the final track, Necromantia delivers one of their most epic songs “The Warlock MMXXI” being the longest cut on the album completely stands out for the use of the orchestral swells and searing guitar melodies.

The song consists of several sections and begins with the drums unleashing waves of blast beats. While moving towards the mid-tempo section the emphasis is put on the soaring melodies. In spite of its slower tempo, the towering solos seem accessible to the brooding atmosphere of the keyboards. There are some occasional blast beats that lend it an authentic Hellenic quality, the final section veers into creating something dark and ambient. The brooding soundscapes leave a haunting image of a majestic forlorn castle in the forest of Transylvania. Unfortunately “To The Depths, We Descend…” is the band’s final musical phase since mastermind The Magus decided to bring an ultimate end to the band by giving his last farewell to the fans. 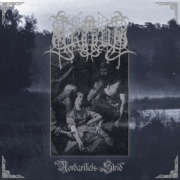 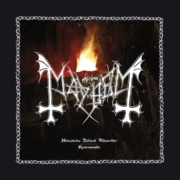 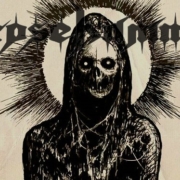 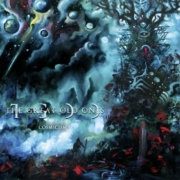 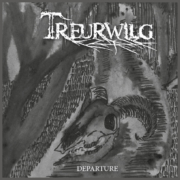 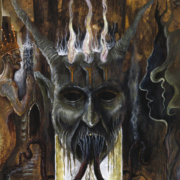