Australia’s most eccentric band Portal takes death metal to new and untrodden realms of experimentation on their latest outing ‘Avow‘ out via Profound Lore Records on May 28th. Becoming more acquainted with atonal dissonance the sixth album welds together primitive distorted guitars and eerie industrial noises. However, the use of unconventional methods made them incomparable to modern death and black metal acts. Formed in 1994 by The Curator (vocals) and Horror Illogium (lead guitars) the line-up also includes present members Aphotic Mote (rhythm guitars), Ignis Fatuus (drums) and Omenous Fugue (bass). While the band seems to pursue its twisted form of architectural riffs by eschewing melodies and hooks, the Aussie group has differentiated itself from the norms. ‘Ion‘ was a very complex and experimental-sounding album approached with a labyrinthine song structure which made it even more impossible to decipher.

The opening track ‘Catafalque‘ immediately heightens the eerie, dissonant style of the swirling riffs and the drum machine blast beats that are structured in their own signature sound. But just as these lineaments were displayed on the first full-length album ‘Seepia‘ that defined them as a death metal band, it soon paved the way for a sudden departure from death metal to plunge deep into the crashing waves of cacophony on the sophomore album ‘Outre‘. ‘Avow‘ somehow balances these paradigms of the early works. Although the music is quite uncanny for my taste, the songs on the latest effort are driven by bizarre energy.

‘Eye‘ builds on jarring riffs and mechanical drum transitions from mid-tempo to rapid velocity. With riffs densely layered, the howling growls exude horrible disturbance and fright. Portal adds this unheimliche atmosphere as prevailing elements in the music. The six tracks on ‘Avow‘ sweep with dark and creepy undertones. Within the time run of forty-three minutes the band mixes electronic components and caustic riffs. Similarly, the third track ‘Offune‘ kicks off at a rapid pace with the rattling drum machine imposing a larger scale of impact while the guitars channel into terrestrial domains. Unlike Deathspell Omega or Ulcerate, Portal mainly relies upon exploring new fields of cacophony and this what makes them divergent from more mainstream modern underground music.

In fact, the songs manifest in an extreme cacophonous dissonance and for this reason, the music isn’t meant for the majority of death metal fans. While density might cause an unbearable disturbance, the band has a unique ability to evoke an overwhelming experience in which the echoes of the harsh dissonance and riff complexity are ear-splitting. There are moments when the songs emphasize aural noise only to steer into slow passages, whereas the guitars utilize pungent chords and monolithic chugs. ‘Manor of Speaking‘ contains a variety of tonal shifts. The album cements the signature sound of the band and solidifies the chemistry between The Curator and Horror Illugium. The most significant element of the music is how the growls and the guitars provide a claustrophobic impact on the listener. By creating an impenetrable wall of sound you’ll feel incarcerated within the utter darkness and the aural disturbance.

As a peculiar entity Portal‘s latest album has many tempo changes and a stylistic range from atmospheric doom to death metal. On ‘Avow‘ the band tends to conjure up freighting images of ancient Gods and cosmic entities. The vocals, for example, invoke the cosmic mythos of Lovecraft. The general sound is described as chaotic and cacophonous. With no regard for melody, the guitars venture into these sonic fields of dissonance by applying thick layers of distortion. The songs are imbued in monochromatic abstraction. With lesser variations in the overall tone of the music, I find tracks like ‘Bode‘, and ‘Drain‘ having the same theme of dark electronic vibes.

Portal remodeled the tonality of their sound with the use of extensive dissonance. The most sophisticated aspect, in my opinion, is how the band can produce a harsh and bleak atmosphere. The alien kind of music is brought by the ominous tone of the guitar work. The final track is another sonic labyrinth approached with droning riffs and rattling drums that plunge into cold, ambient and slightly industrial territories until it fades out. Portal on the newest album has brought a wider range of variation. Although the band has already found its niche way back in the past, that doesn’t mean their experimentation will cease to explore newer landscapes on future releases. Recommended for fans of Incantation, Altarage and Impetuous Ritual. 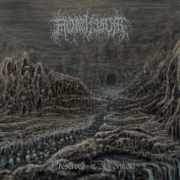 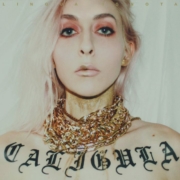 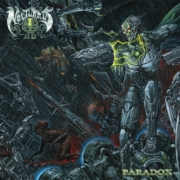 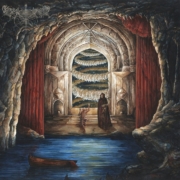 Cosmic Putrefaction – Crepuscular Dirge for the Blessed Ones 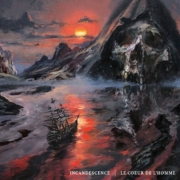 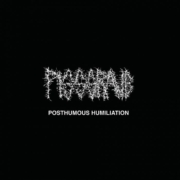