You are here: Home1 / Album Reviews2 / The Spirit – Sounds From The Vortex

There’s no doubt that a legendary band like Dissection has left its huge influence in the death and black metal genre. Where in the past bands like Watain and Thulcandra tend to revive their sound by extracting the melodic elements of Dissection, now with the new modern wave of bands like Uada and this newcomer The Spirit from Germany more bands are arising which share similarities to Dissection and mainly in the melodic black metal territory. The band consists of four members and was actually formed back in 2015. Sounds from the Vortex is their debut album and it was re-released by Nuclear Blast Records a year after it was self-released by the band in 2017.

The musical direction of this debut is more focused on aggression which makes The Spirit an easy and unique listen from beginning to end. There aren’t any complex patterns to be found within the new tracks, as for the musical structure it is more based on abundance of tremolo black metal riff quality, arranged with clean guitar solos and leads. The band makes exceptional and remarkable use of harmonies and plentiful of spontaneous melodies, as for the drums performance they are utilized powerfully firing on all cylinders with rapid force, regulated between mid-tempos and blast beats and stands as an energetic instrument along with the bass and guitars.

The album opens with a short intro of melodic lead guitar bringing the grim and icy tunes of 90’s black metal. Cosmic Fear kicks in with solid drums and blackened riffs, the guitar hooks emanates a dose of melodies while the vocals are presented in the grim style. The Clouds of Damnation is imperceptibly built on firm guitar riffs, and melodies that makes this record sound very pleasant and this is to say that The Spirit has brought solid aggression to their music by combing functional dynamics. The excellent blend of catchy melodies and aggression are superbly delivered, in addition there are some breath taking leads and storming institutional riffs of the Scandinavian black metal quality.

The main strength of the musicianship is having twin guitars in the line-up, Cross the Bridge to Eternity the song breaks in with a clean guitar melody before the blistering blast beats creates an infernal havoc. The Spirit has possessed the melodic and aggressive side of Dissection however the band has managed to write some interesting songs including the aforementioned tracks.

Illuminate the Night Sky is a showcase of excellent tremolo pickings, The Spirit outshines with this surpassing performance, where in The Great Mortality the drums are carried with energetic force from blast beats to mid tempo style of classic black metal. The twin guitars are inflamed with vicious riffs and they’re powerfully crafted. Fields of the Unknown is a visceral and melodic track and stands out to be one of the best songs on this album. I only wished if the album cover had a better artwork than this one, since it doesn’t reflect the aura of the music but nevertheless, among the many great black metal albums that were released this year beside Uada and Immortal “Sounds from the Vortex” is refreshingly modern and it’s definitely one of the substantial releases of 2018. Fans of Dissection, Sacramentum and Unanimated will dig this excellent release. 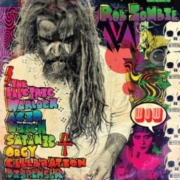 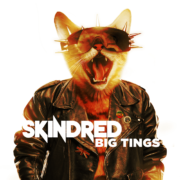 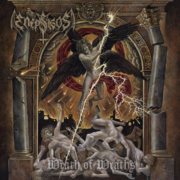 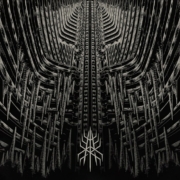 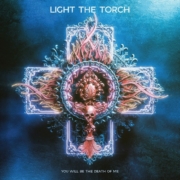 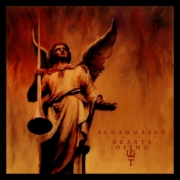