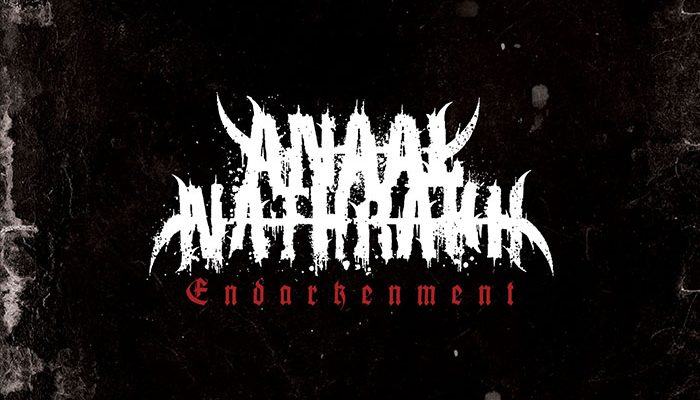 Anaal Nathrakh is a British black/grindcore band formed in 1999. Anaal Nathrakh contains only 2 members with V.I.T.R.I.O.L. aka Dave Hunt on vocals and Irrumator aka Mick Kenney who writes all the music. They don’t play much live, looking at the fact that since 1999 they played almost 10 live shows. On the other hand, they seem quite productive with already 10 albums released and now they their 11th, called Endarkenment.

We blast off with Endarkenment, a furious black metal song with dark and aggressive blast beats and raw clean vocals from V.I.T.R.I.O.L. aka Dave Hunt. It’s also the only song that they released as a single from this new record.

The thing I like the most is that the songs are extreme as fuck but they succeed to hold on to a certain melodic touch. Just like ‘The Age Of Starlight Ends’ where the riffs give a melodic feeling. ‘Libidinous (A Pig With Cocks In It’s Eyes)’, a song like this just shouts grindcore but it has so much more. Grindcore with the black metal sauce and just a touch of industrial.

‘Beyond Words’ is grindcore avant la lettre. ‘Feeding The Death Machine’ is one of my favorites cause you can give it the label extreme melodic death metal. Maybe the true fans will not like it that I say this but give it a try. There’s more than meets the eye. ‘Create Art, Though The World May Perish.’ If you want happy lyrics with happy music look somewhere else cause this is blackened metal at it’s best with a glorious effort of V.I.T.R.I.O.L.

Then we have ‘Singularity’, another beauty. This album has no weak points only highlights. ‘Punish Them’ punches further on the same level. Furious black metal with melodic riffs and the fearless scream of V.I.T.R.I.O.L. And we end with my personal favorite called ‘Requiem’ one of the most aggressive tracks on the album, where pure grindcore mixes with black metal yet again and ends with a huge Amon Amarth vibe. If you ask me this album will be scoring high in the charts.

One thought on “Anaal Nathrakh – Endarkenment”