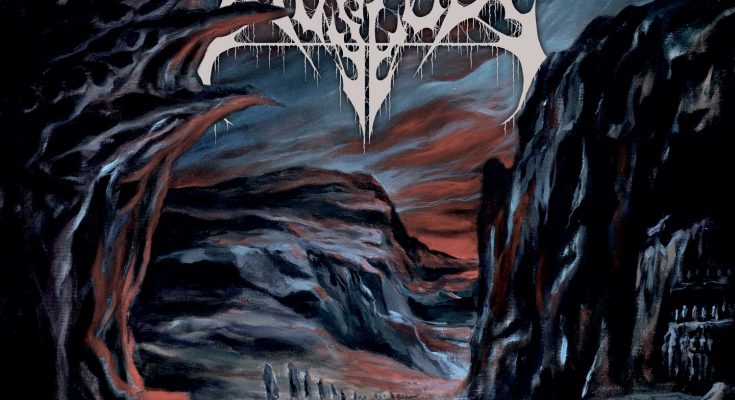 It’s been over a year since the Swedish black metal act Avslut debuted their first full length album Deceptis through Osmose Productions. Many potential bands started to materialize in the past few years and among the well-known groups from Sweden such as Watain, Necrophobic and Dark Funeral. Avslut is yet another force to be reckoned with at the very outset of a promising career the band possessed superb qualities. Avslut is an emerging paradigm of pure black metal that combines blistering riffs and destructive blast beats. In the same vein of the debut, the new album Tyranni is more extensive in the nature of the sinister riffs and monstrous drum performance. The band invokes the evil atmosphere, which stimulates the phenomenal era of the second wave of black metal and presents it in a modern version.

Throughout the nine brand new tracks, Avslut epitomize their roots of the Swedish black metal. The music here isn’t only about hyper blast beats and demonic growls. Their craft is highly advanced. The Swedish black metal elite adapt a complicated formula which displays a professional level of understanding the core of black metal. The way they execute the tremolo solos and the burst with the raw tonality of the 90’s black metal is what makes them so brutal. The tracks here are attained with a remarkable versatility, the closer comparison to Dark Funeral isn’t a mere estimation, and the band clearly focus on the classic interpretation of black metal.

Tyranni is a great follow up to the debut album and you see the Swedish quintet expanding within the classic style of Swedish black metal. Avslut proceeds towards brutal and straightforwardness. The sophomore opens with the album title track “Tyranni“. The bombardment of the buzz sawing riffs and ultra-blast beats demonstrate the originality of the Scandinavian old school black metal. Avslut has aptly cemented their trademark on the sophomore, there are plenty of blazing riffs and impressive guitar leads with drums rapidly firing on all cylinders.

The outbreak of extreme violence and blasting drums on the second track Stigens Ände, begins with brutal drums and tremolo riffs blazing in fury.
On other tracks as Likvidering, a sheer blast of dynamic power and frenzied growls can be heard. The icy tremolos along with the scorching melodies are beautifully crafted, each track has its own variation. The slow tempo parts increase the diabolical feel, while the riffs are loud enough to resonate. The precision of the performance and the accuracy proves that the band has many unique qualities. On other mid tempo tracks like Allt Förgås, Avslut creates an infernal atmosphere in the slower paces to provide melodies and depth to the track.

The growls here are in the typical style of black metal and they sound low, harsh and evil. Avslut reminds me of many Swedish black metal bands from the 90’s era. The comparison to Setherial and Dark Funeral can be relative, especially when the guitars shifts to slower paces. The band sounds crucial and venomous when the guitars execute icy tremolos and dissonance. More importantly, they make an excellent use of the instrumentation. Avslut seems to harness the sinister riffs, while still sounding modern and the production is crystal clear. Tyranni is a well-balanced record between hellish aggression and newer elements like atmospheric ambience.

On many tracks Avslut showcases their skills in instrumentation and there is an extraordinary speed to hit the climax at full throttle. Rhythm guitars and melodies are provided but as mentioned, the band seems to fascinate me when they experiment their dark elements. Tracks like Den eviga flamman elaborates on the ambient atmosphere. Underjordens Apostlar features tremolo pickings and enthralling tempos with outstanding solos. The ability to create dark and infernal atmosphere when shifting to hyper blast beats, is often followed by gloomy melodies.

Pestens Lärjungar burst into full hyper motion of velocity the guitars are empowered by the sharp barbed wire riffs. The full focus on infernal overtures and total violence to create an evil atmosphere. Tyranni is a brutal and ferocious soundtrack for the apocalypse, the band has returned in a short span of time to deliver a hellish record. Not many bands can achieve such a classy performance. Avslut projects their interpretation of black metal with the incredible delivery of musicianship. That same musicianship on Dråp proves a great strength in exploring new musical spheres.

Avslut on the sophomore album shows intrepidness. The final track Ändlöst slaveri is a profusion of Nordic melodies and eruptive blast beats. Tyranni is a complex album full of variations, filled with dynamics and overflowing tremolo pickings. This is a fabulous continuation to success and another milestone in the bands career.