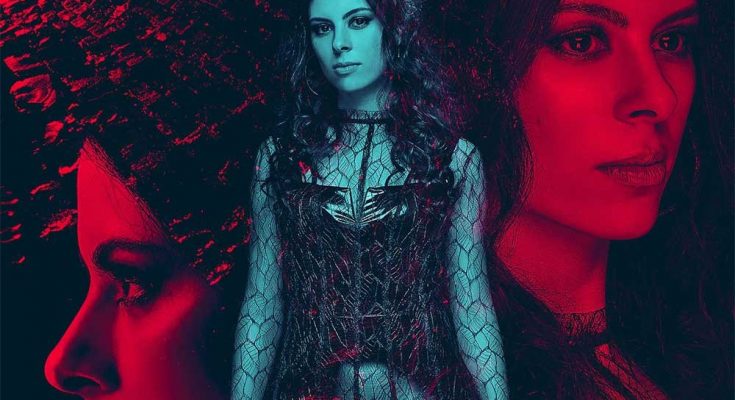 Unfortunately for Beyond the Black, they did not get the chance to make their debut on the stages of Graspop Metal Meeting and many other European festivals this year, due to the COVID-19 pandemic. However, there is no time for disappointment, because their new album ‘Hørizøns‘ was just released on June 19th.

Beyond the Black is a symphonic metal band from Germany, that has grown fiercely since their formation in 2014 and – dare I say – even more the last couple of years after lead singer, Jennifer Haben, parted ways with her original band members and started anew in 2016. The previous album, eloquently named ‘Heart of the Hurricane’ almost seems testament to these turbulent times in the band’s young life, where amidst the storm something new was born.

The new album ‘Hørizøns’ builds on the content created on the last album and seems to be a metaphor for this fairly young band. Who is discovering new horizons as well as still being in search of and developing its own sound and identity, while incorporating some elements of the original BTB. This resulted in 13 songs, each with its own character, but staying mostly in line with what you would expect from them: a great contrast between hard and soft, slow and fast… powerful metal interlaced with majestic classical and electronic pop rock influences.

The album starts off with ‘Horizons‘ and an electronic intro. Which is soon cut open by the crystal clear voice of 24-year old Jennifer. And backed up by tight musical reinforcements, containing a hopeful message of what could lie behind the horizon. It is nice to hear Christian Hermsdörfer contributing more to the vocals, since this creates an interesting dynamic and/or synergy with Jennifer’s vocals. The guitar solo could have made more of a statement, but ties in well with the whole of the track.

The message of positivity carries on throughout most of the album’s well-conceived lyrics and focuses on overcoming struggles and despair, for example in ‘I Won’t Surrender’. For obvious reasons, this song stood out the most on this album, being a slow and sensitive ballad. It is a testimony to the vocal capabilities of Jennifer Haben as well as to the expert piano and strings supporting her every step of the way.

Another example of finding your way out of a dark place, is ‘Wounded Healer’, a duet with Elize Ryd from Amaranthe. This song really caught my ‘ear’, because their voices melted perfectly together, which made it an absolute joy to listen to. It is so catchy you will be singing along in no time.

This can also be said for ‘Some Kind Of Monster’, which starts off with an intro that makes your heartbeat rise, as Jennifer sings so aptly in the first sentence. The lyrics of this song are darker, but it feels very relatable. I mean, isn’t there some kind of monster inside of us all? Additionally, the music is very dynamic: smooth transitions in pace, beautiful build-ups and breakdowns, which is also characteristic for ‘Golden Pariahs’. Here, the music embraces and reinforces Jennifer’s vocals perfectly and the solo that follows the second chorus will be sure to spark your interest.

The final track of the album ‘Welcome To My Wasteland’ starts off strong with an exciting and powerful guitar riff, which immediately sets the tone. As well as a chorus that will haunt you forever, the aggressive guitar solo makes this the perfect finish for the album.

All in all, this was a very pleasant introduction for me with Beyond the Black. It made me curious about the people behind the music and their story (of which you can read a little bit in our recent interview with Jennifer right here). While being a symphonic metal band, Beyond the Black is not afraid to mix it up and experiment with pop rock influences, which makes their music appeal to a broad audience. At times they remind you of Within Temptation, while a song like ‘Paralyzed’ has a Paramore feeling to it. Their identity is still taking shape and I feel like they are heading in the right direction, perhaps to something bigger and better, hiding beyond the horizons… 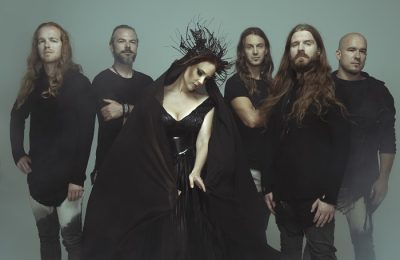