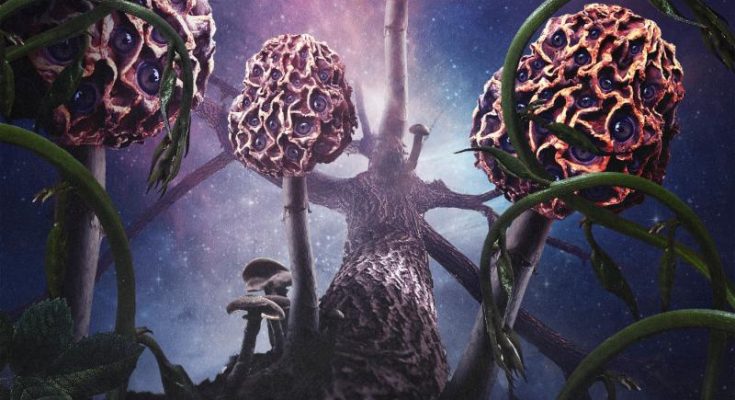 Blut Aus Nord is a leading entity in the French underground metal scene, formed by the multi-musician and mastermind Vindsval. Since their early inception in 1995 the avant-garde pioneers started as an atmospheric black metal band. The founding member ingeniously designed a conceptual art of black metal and released many outstanding albums like Ultima Thulée. And the epic album trilogy known as Memoria Vetusta I: Fathers of the Icy Age, Memoria Vetusta II: Dialogue with Stars, and Memoria Vetusta III: Saturnian Poetry. During the remarkable periods of 2011 and 2012 the band had gone through innovative and metamorphic cycles. Which resulted into another trilogy of albums such as 777 Sect (s), 777- The Desanctification and 777 Cosmosophy. This expanding sound into lush atmosphere and industrial elements proved that Blut Aus Nord could still wield their magic seasonally and occasionally.

The culmination of such metamorphosis seems to occur on their 13th album aptly titled Hallucinogen. This time the French musicians have obtained transcendental abilities and created a monumental masterpiece.  The latest offering is beyond the principle work of Blut Aus Nord and uncovers new sonic palette and musical reforms. And by crossing the boundaries of black metal Blut Aus Nord shift their aesthetic qualities into cosmic atmosphere. Hallucinogen is a combination of various elements, atmospheric variation, harmonization, textural synth and grandiose chorale. Elaborated and embellished by unprecedented musical variation to uncover new dimensions. The focus on dreamy, cosmogonic and rich sonic textures defines a new era for the band. On the new album Blut Aus Nord weaves a sonic realm of cosmic space where countless of imaginary themes emerge as the music begins to flow.

And while the melodies remain effective as ever they add an aura of mystique by incorporating the chorales arrangements. And through these idealistic and progressive changes the band sounds more enlightened. Many of these tracks create a beautiful impression once you allow your soul to voyage into its vast soundscapes. As you will be surrounded by its aural tranquility, moreover there is unprecedented effort to complexity and inspirational innovation. Opening track Nomos Nebuleam is an accelerating divine orchestra of majesty and tranquility so dark yet well-balanced by its musical elements.

Hallucinogen is filled with many celestial moments the emphasis on cosmic atmosphere and dreamy themes are mainly created by the strumming guitars and synth. With a profusion of synth and soaring melodies that produce kaleidoscopic soundscapes. The usage of other electronic elements are surprisingly featured on the following track Nebeleste, on this track Blut Aus Nord cast a splendid performance. A complex blend of chorales and shrieking vocalization adds something unique to the composition of the track. The avant-garde pioneers maintain a thin line between harmonies and melodies. However Hallucinogen is extraordinary and transitional compared to past releases.

The groundwork here does not resemble the atmospheric industrial metal, the scale is even more sublime. Sybelius is the third track built on ethereal atmosphere, the guitar tremolo pickings are backed by eerie sound effects and synth. The track is a well-balanced and produces efficient rhythms whereas the music sounds more sophisticated and refined. Blut Aus Nord combines bizarre musical rhythm and ambient sound patterns to fabricate a sense of tranquility allowing the listener to voyage into vast cosmic plains. This musical transformation somehow reminds of the creative evolution of the Swiss electronic/industrial band Samael era Passage.

Although the newest album is crafted by evolutionary principles, it still interconnects with black metal. Anthosmos is an outstanding track where the drums unleash a series of blast beats and form a black metal crescendo. Calculated by its unique soundscapes and lush symphonies beside the sophisticated compositions. The drums on the album are very organic and fulfilling, giving the songs a dynamic nature. While the symphonic textures create many cosmic themes, the riffing work is absolutely outstanding and diversified. Blut Aus Nord on the latest album sounds more inspiring and coherent, the professional input of the members encapsulates the music.

The following track Mahagma is where Blut Aus Nord evokes the aesthetics of post-black metal. By transforming the aura into sonic space they bring together the harmonious vibrancy of the choral, symphonies and soaring lead guitars. Haallucinählia is a monumental track initiated by blazing guitar riffs. The track booms with obscure passages when suddenly the drums burst into a maelstrom of blast beats. This shape-shifting soundtrack is filled with ominous hymns and eccentric guitar riffs.

Towards ethereal soundscapes and dark musical patterns Blut Aus Nord crosses the ordinary barriers and captures the cinematic qualities. Hallucinogen is divinely beautiful and captivating it’s approached by modern sonic modifications. This is a fundamental change of sound and direction from the previous albums. Blut Aus Nord on their newest offering weave their most splendorous album to date proving that black metal can be innovative. Highly recommended for fans of The Great Old Ones, Samael, and Almyrkvi. 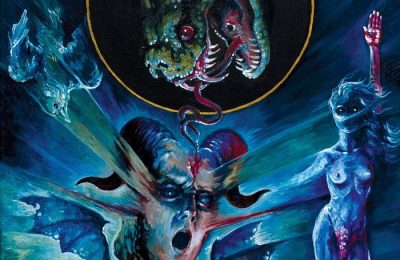 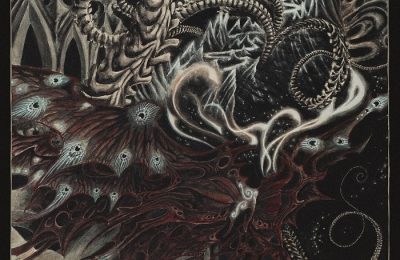 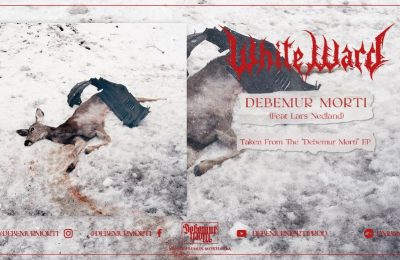