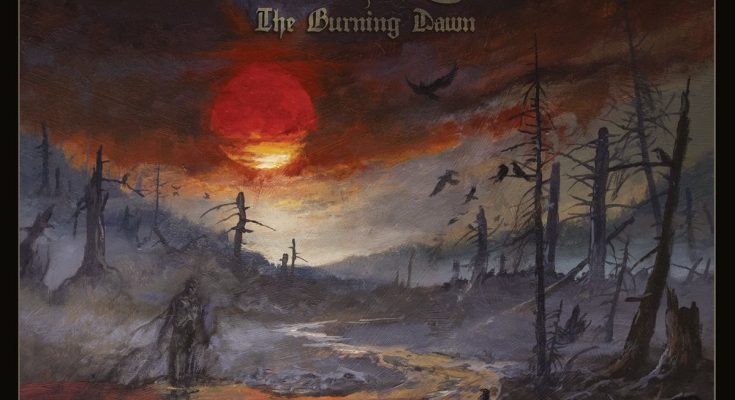 Two years ago Atlanta’s blackened rock outfit Cloak released their debut album To Venemous Depths through Season of Mist. The U.S. occultists sought to infuse a unique combination of rock music with a swirl of black metal melodies. And this what makes the band sound so fresh and innovative, since the debut album the quartet outfit employed driving dynamics by incorporating the traditional heavy metal sound of the bygone. Many critics seem to compare Cloak to the Swedish Gothic/progressive black metal band Tribulation. Truth is both band’s sound different from each other, for instance Cloak employs a fast level of dynamics and the songwriting rely on rhythm and harmonic lead guitars. The musical landscapes are derivative of the thunderous rock elements and loud guitar pitch. Which boast vitality into the song structure leading to musical zenith. While Tribulation style is illustrated in the dark/Gothic elements of 70’s and 80’s progressive rock music. It is also notable that despite the differences between the two bands, evoking an obscure sound is a shared factor.

To Venemous Depths successfully embraced the vivacity of black and roll metal. The Burning Dawn is a great follow up to the debut album, and the blackened occultists present a sheer aggression and diversity within the new tracks. And the result is absolutely astonishing and highly energetic, Cloak show progression and consistency in style and sound on the sophomore album. The short intro March of the Adversary showcases a complex ability of blending dark melodies and rich textures. The second track Cleansing Fire kicks in full fury reflecting a fusion of diversity with the delicate melodies being integrated into deep emotional eloquence.

The Burning Dawn is not a restoration of sound which appeared on the debut album, Cloak’s musical manifestation is endowed with excellent talent and quality. They have a unique mastery over the scorching rhythm guitars and powerful harsh growls. Riffs of fury that make the melodies creep into your ears, stemmed by harmonic guitar tunes. The art of musical embellishments is elaborated on A Voice in the Night, here the rich layering of the guitars are the main segments which set the dark patterns into the song. Cloak have become brilliant at implementing the instrumentation and they have grown even more aggressive. Their melodies on the new album are invariably catchy and poignant, the band has also became shrewder in blending together the style of classic rock music and black metal.

Cloak solidified the musical patterns through these elements and there is no question about the intensity of the second album as the band brought effectual compositions. The vocals are uttered loud with vehemence and there is a considerable force within the riffs. On the latest effort the band pushes the boundaries to extreme measures giving prominence to power chords, strings and lead guitars. Tempter’s Call is built up on intricate rhythm and aggressive riffs. The dreamy melodies and the string passages are similar to Scandinavian black metal bands like Dissection and Watain.

The immediate impact of the drums and tremolo pickings throughout the album is a valid testimony to diversity. Their songwriting skills can be determined by the fluency in the lead guitars. Cloak has refined the class of melodies and their riffs sound more infectious and seemingly melancholic. Almost each instrument feels integral including the bass guitar, another dramatic track is the violent and tempest song Into the Storm that breaks into a heavy gallop of riffs. Cloak gives a thundering performance their heavy based riffs comes from the powerful yet violent outburst of groove and melodies. Compared to the debut album which had a duration of 57 minutes the sophomore has a running time of 49 minutes. It means that Cloak has reduced the longevity of the tracks and eliminated the unnecessary contents.

In various forms Cloak make the dark melodies blossom under the gloomy menacing atmosphere. The band possesses an exceptional musical taste in finding the suitable elements. The use of acoustic guitar and piano on Lifeless Silence contains dark moments, and they are backed by the rhythm guitar. The track begins slowly yet it’s another memorable entry filled beautifully by complex melodies and lead guitar. The Fire, The Faith, The Void is a beautiful instrumental downbeat track that sets a dark mood.

The eight minutes closing track Where The Horrors Thrive includes epic lush melodies. The track makes a smooth transition between the elegiac tone and striking guitar riffs. The melodies are arranged particularly to contrast between the dark patterns and the harsh growls. Cloak shows a great effort on their sophomore album as they brood over the eerie melodies. The Burning Dawn is filled with heaviness of traditional rock music and the fierceness of grim black metal. 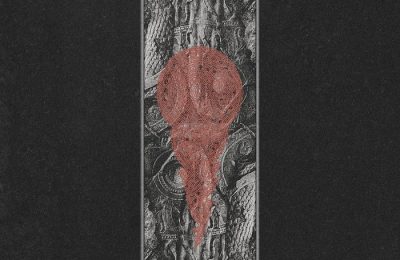