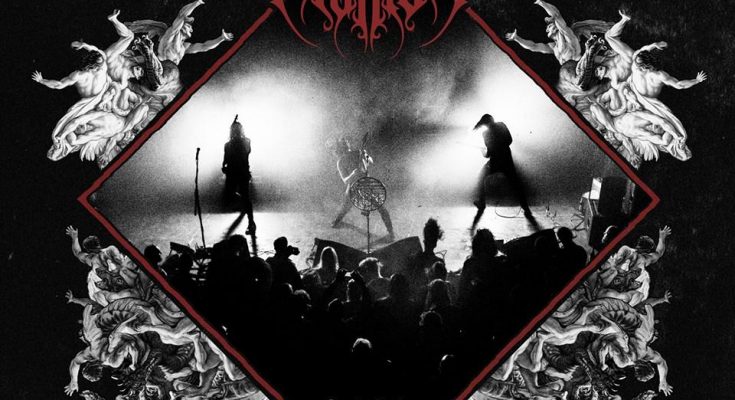 Lately the German black metal scene has been producing a number of new outfits, and I’d prefer here to specify which band I am talking about rather than keeping this notion more open. When it comes to creativity and innovation I could think of many bands but the German black metal ensemble Der Weg Einer Freiheit (The Way of Freedom) easily became one of my favorite black metal bands. They have immersed themselves musically into unconventional song-writing. Their masterful talent and musical interpretation towards this genre made them today as a prime example of how to achieve black metal music with a modern touch. This method has given them a unique spectra to explore new horizons. My acquaintance with this classy and high caliber outfit begun with their 3rd album Stellar, the fact that DWEF was cleverly selected by the French label Season of Mist this support has provided them with another prestigious fame. It’s hard to underestimate such musical value which they have become known of, DWEF apply abnormal methods to their sound and with this kind of attribute they became recognized by their refined form of black metal music.

With the recent announcement of the release of their first live album which contains ten tracks that also includes their older material. Live in Berlin is a great experience for the fans of DWEF, usually when any band considers to release a live album the expectations may not be too high. And that’s due to sound quality and the clarity of the mixing and recording. Albeit the assumptions the sound quality here is guaranteed, and as previously mentioned this live album is compiled with the band’s collective work. The significant motive here is that the band was very insightful to present their fans with a live material so they can experience their sound in opened theater.

Der Weg Einer Freiheit unmatched style is introduced with raw power of black metal music. Their musical arrangements are usually based on extensive length, the wide array of bleak soundscapes and ambiance are fused into their songs. And these are one of the reasons that makes them very discernible, the opening of Einkehr which appeared on Stellar initiate with ferocious blast beats and fuses dark elements of black metal into the overall sound. DWEF is well known as atmospheric black metal band that has a refined modernistic style.

Der stille Fluss which previously appeared on the band’s E.P. Agonie is demonstrated with the sharp tremolo pickings, while the melodies amalgamate and form this great sense of harmony. Repulsion begins with the slow ambience, attained with rhythmic drums and clean vocals. The track morphs into fierce black metal blast beats, the riffs are mainly epic here and resound with the coldness of the dark atmosphere.

Skepsis Part I is an instrumental track and it’s integrated with bleak soundscapes, while Skepsis II forms a massive wall of sound and bounded with impressive lead guitar sections. The tremolo pickings are reflected with sheer intensity of the dense riffs and machine gun drum beats. Despite of the duration of the album Live in Berlin clocks at almost 80 minutes, but believe me if I tell you won’t feel a single dull moment. Ewigkeit appeared on the band’s self-titled album, and it’s demonstrated with the traditional patterns of tremolo pickings. Considering the performance DWEF inject the dynamics of black metal with bleak soundscapes, the cold and ambient intro of Zeichen leads into brutal blast beats. The band hits the zenith of their stellar musicianship by simultaneously forming elegant melodies and aggression. Aufbruch is another intensive track which appeared on their previous album, the transitional key is animated with powerful and energized spectra of black metal.

With superb guitar performance that creates a bleak ambience mood, combined with melodious moments of atmospheric spectra. Lichtmensch has a raging tempo and firing caliber of insane blast beats. The vocalist and guitarist Nikita Kamprad along with drummer Tobias Schuler and the other two members have left a remarkable touch over 80 minutes. Ruhe is brought by fierceness of black metal and blends melancholy into the music. The musical arrangements is cloaked with dark atmospheric elements. Even till the end of this live performance DWEF ensures a high level to keep the music flow with the emotional depth. Simply amazing!! 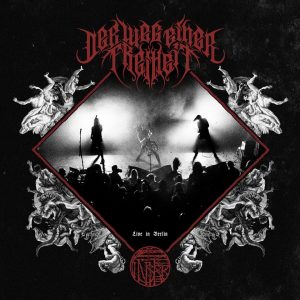