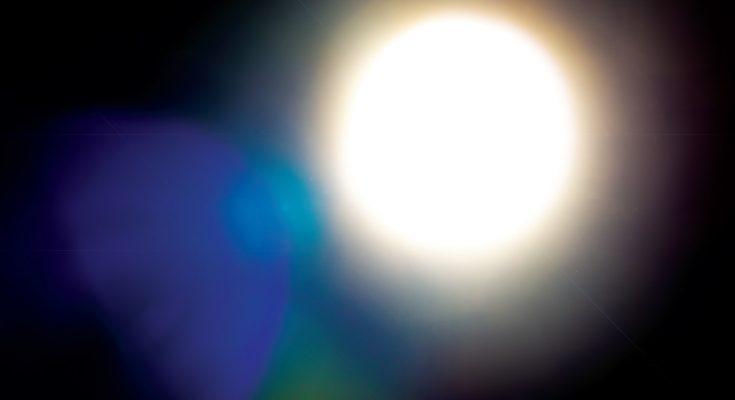 When I saw the name Earthist pass by I honestly thought I’d be getting my fill of some atmospheric (post-)rock or metal or maybe even something in the direction of symphonic or power metal. To my surprise this Italian quartet brings with their first full length release Lightward a quite light and radio friendly kind of rock music. This peeked my interest a little bit, so I dug into their music.

The young guys definitely know what they’re doing musically. They sound like something really familiar, sometimes maybe a bit too familiar, but at the same time they manage to put enough of a personal touch to every song. In an interview I read that at first they tried to aim at the big kinda rock music in the direction of Nickelback and Biffy Clyro. But while working on the release they drifted more into the direction of the typical indie rock sound. Personally I think this was a very good step for them to take, it seems to fit them like a glove. Don’t expect a big revelation here, just really well produced and put together little pieces of alternative rock. The tunes are clearly really much inspired by Biffy Clyro, but for me personally I like Earthist‘s work better. There’s a touch of positiveness to the songs that I can really appreciate, they create a very “light” atmosphere in both meanings of the word. A special mention for the vocals which I think really lift their whole effort just that bit higher. For instance Federico’s voice in Sealance (In My Eyes) really impressed me and will probably let many girls’ heart beat a little faster. And on the other side there’s Francesco, who often reminds me of The Killers or even Kings of Leon when he pitches in, like in Not Today. Lastly, another really nice addition to the music is the heavy use of piano and keyboards in all of the songs, in Sealance (In My Eyes) I even got a bit of a Coldplay vibe because of it.

As mentioned earlier, they managed to keep the whole record quite light and very ingestable. Lyrically it’s much of the same, they made the choice to not really touch sad things like love troubles or such like you often find in this kind of music. They really tried to embody every song with the overall theme of travelling from the darkness towards the light, hence the title Lightward. You can find this especially back in songs like Brighter Later and Step Into The Light. Also their admiration for the art and beauty of the nature around us gets a clear and nice spot on their record.

My favorites are for one Sirens Sing and Jolly Roger (A Pirate’s Tale), first of all because the rather original addition of small sound effects like the creaking of a boat in the first song and something that sounds like running feet on a ship’s deck in the latter one. Of Jolly Roger (A Pirate’s Tale) I expected a sort of really up tempo, happy party song since they clearly were going for a pirate theme here. I got a little underwhelmed at first, they sound more like light footed fairytale pirates than the rough and tough ones you’d expect. I must say I got to appreciate this song quite much after all: they do have a nice catchy sing-along chorus and the piano fiddle gives it a definite pirate vibe. Besides these two songs, I also got a liking to The Astronaut, they managed to create a really spacey atmosphere with their intro and keep that touch throughout the whole song. These are a few of the songs that lift them just that bit above the average standard (indie) rock band.

Earthist‘s music is honestly not really completely my cup of tea, but I can imagine that there are quite some people in the world that would really like this band. I hope they’ll get some proper radio play everywhere on alternative or even commercial radio channels, they might have a really bright future ahead of them. I can see a lot of melting and fainting girls at future gigs of these fellas. Again, fans of indie/alternative rock bands like Biffy Clyro, The Killers and Kings of Leon could have a real gem in their hands with Lightward. I ended at a 7/10 here, the best of luck to you guys!