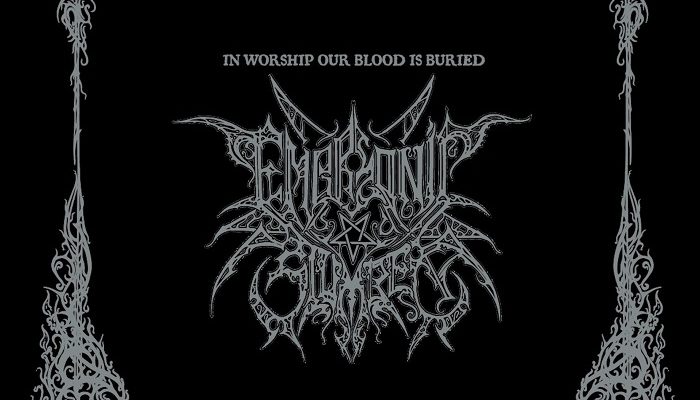 Werewolf Records presents the first studio album of rising black metal entity Embryonic Slumber. Formed by Finnish musicians V-Khaoz (Vargrav, Druadan Forest), and drummer Hellwind Inferion (Sargeist, Desolate Shine), who joined forces to create one of the most bizarre and creative oeuvres in the genre of black metal. “In Worship Our Blood is Buried” mysteriously broods in the obscure tones of aural magic, its uncanny musical arrangements resemble none other but itself. Enter the sonic portals of the eerie darkness where the spectral wraiths of the other-worldliness dwell in the mystique realms. Once the foreboding intro “Intro-Blood, Dust and Twelve Thrones” builds into a suspenseful theme, its music divulges the ritualistic incantation of unknown dialect chattering.

The composers harness lush orchestration and slowly create a supernatural theme of darkness and dread. Exerting the gripping influence of nightmarish soundscapes with its atmospheric synth and eerie vocals that creep from deep space. Embryonic Slumber has emerged with a defining sound, defying the ordinary formulation of black metal music. The sonic contents here are based on ritualistic conception set in a sprawling state of the unworldly atmosphere. As the following song “Unwavering Flame” begins, the heavy reverb of the guitar echoes while the frightening vocals meander through powerful tempos. The heavy percussion contrasts with the beautiful haunting orchestration spreading its gloomy sensation. Its deep sensibility binds the mind and soul and as you listen to the ambient soundscapes you’ll be drawn to the intricate surroundings.

Embryonic Slumber provides a deep listening where its eerie music generates creepy visuals. “In Worship Our Blood is Buried” is obtained by the imaginative aesthetics of dungeon synth woven into the song structure. There are some natural samples that permeate the songs adding an eerie feel. For instance, the third track “Seven Streams of Sidonay” presents something unique and spooky. Especially the spoken words gives it a mystical experience. The music of Embryonic Slumber is quite oscillating and has a unique ability to change. Within forty-four minutes, the songs take you to mysterious dimensions of the supernatural. V-Khaoz and Hellwind Inferion employ a variety of influences, but I must say that such art cannot be achieved without having the skills to mold the symphonic composition. The haunting effect of the synth is the key instrument that shapes the songs as it generates a spectral aura that comes parallel to Limbonic Art and Profanum. “Mortify Your Servant” is flawlessly brimming with the orchestration of the symphonic black metal. The fusion of the percussion and blazing riffs venture into an uplifting frenzied pace.

Where the keyboards generate cosmic vibes, even though the vocals are quite accentuated, they lend mysteriousness to the music. “In Worship Our Blood is Buried” diverges from the most conventional black metal bands. There are nuances of ambient soundscapes and dungeon synth providing a gloomy backdrop. But once the songs morph from the grandiloquent intro, the whole sound transforms into bombastic black metal. Across the time length of the album, the duo captures an eerie and ominous atmosphere. Apart from the spoken words that sound like an incantation, there are also some female vocals. Embryonic Slumber seems inspired by the Norwegian black metal. V-Khaoz masterfully brings out the magic-making use of the spacey crescendo. While the frenzied vocals of Hellwind Inferion are demonic, they merge quite well with the omnipresent sensation of darkness.

The composition is appealing and adds majesty, especially when the keyboards emanate bombastic tunes and merge with the heavy guitars. The style is surreal as if it was derived from a fantasy realm with sublime elements filled with many details. Musically, Embryonic Slumber explores the phantasmal landscapes of black metal. The atmospheric background like the tribal drums, elegant layers of synth, and the menacing spoken words are the body of the song composition. The ten minute colossal track “An Oath of Devotion” displays these menacing elements, where the atmospheric effects enhance the potency of the song. The melodies and the riffs have that pensive energy, its overall quality is dark, infectious, and possessive. Due to the eerie song structure, none of the tracks are predictable, the debut also includes one bonus track called “I Am The Storm” and presents a piece of spacey trance music.

Embryonic Slumber’s debut album is dark and menacingly uncanny, beautifully textured with a dense atmosphere and labyrinthine details. This is highly recommended for fans of Limbonic Art, Profanum, and Beherit. 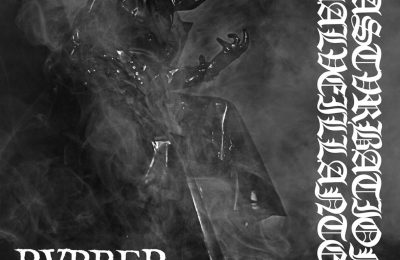