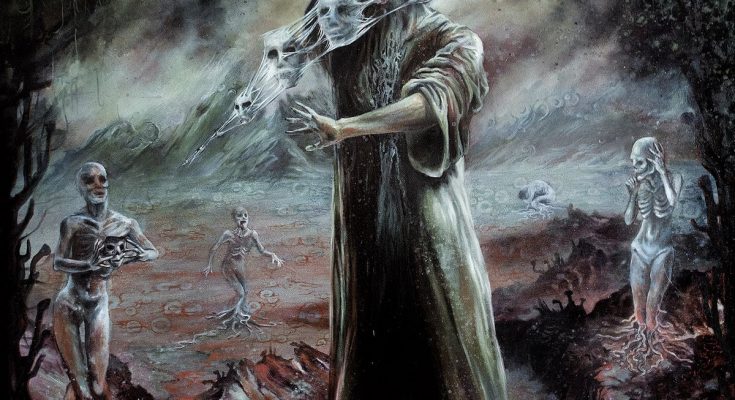 ‘A Pyrrhic Existence‘ is a lengthy album of 98 minutes with six total tracks split into two discs that will inflict upon the listener heavy and slow funeral dirges. Esoteric blossomed in 1994 and primarily created their own unique sound of desolation and misery without neglecting the fundamentals of doom metal. For the most this musical principle revolved around a formula of twisted riffs built to form a bleak and atmospheric gloomy soundscape.

What set Esoteric apart from their contemporaries is that they found a legitimate influence from the forefathers of Finnish funeral doom metal band Thergothon,  broadening towards themes of despair and sullen dirges of slow yet crushing drum beats. The layered guitars show the ability of funereal doom affinities while the vocals wail with guttural growls give an impression of dark and morose mood of melancholy.

They never dismissed their haunting obsession to explore new elements, resulting in the creation of an original and ingenious sound. The opening gloomy track ‘Descent‘ is 27 minutes long and sets the tone for this prolonged album. The emotions and the ethereal kind of melodies become catchy as the beautiful layered guitars boast their influence upon the listener. Esoteric on the new album once again prove that they are masters of their own complex craft, hence there are many catchy moments that will bring the audiences close to a dark realm of funeral doom aesthetics.

The guitars are effectively handled by Gordon Bicknell and Jim Nolan who both have a significant role in adding the melodies and rhythm. The solos are skillfully performed as they draw unique elements from progressive rock bands such as Pink Floyd. ‘Rotting in Dereliction‘ is another monumental track which develops slowly into a massive song. The jarring juxtaposition of Greg Chandler‘s ominous growls and the sullen atmosphere are accompanied by the bleakness of the guitar riffs. In every passing moment of this mammoth, crushing album there is a dark reflection of miserable melodies, layered guitars soaked in dirges and a sprawling atmosphere of total desolation. The ability to alter from the slow dirges to faster moments are handled by the drummer Joe Fletcher who brings sheer heaviness and blast beaters to the track.

The slow atmospheric and instrumental track ‘Antim Yatra‘ begins by flowing into a dreary soundscape, the combined work of keyboards and synths in creating the ambient effects is effectively haunting. The first track of the second disc, ‘Consuming Lies‘, is a multilayered song of 15 minutes. The musical compositions here present a wide range of melodies and ethereal themes . The guitar work and keyboard effects evoke the experience of a cosmic space soundtrack. ‘A Pyrrhic Existence‘ is well balanced between the aggression and the heaviness of the guitar riffs and the effective atmosphere which is mostly soaked in bizarre alien soundscapes.

Apart from Mark Bodossian‘s bass guitar you can hear the rhythm guitar emanating dismal and doom full riffs. The strange transition from ethereal and grievous melodies to monstrous guitar riffs are often struck by crushing drum blows. Within these creative elements and progressive qualities, Esoteric include other elements into the music. By pouring in strange dissonance and psychedelic effects, they explore further beyond the realms of funeral doom metal. However, each cut on this mammoth album has its own magical creativity.

‘Culmination‘ ventures into the direct impact of swirling riffs. Building on intensity and slow doom full dirges, this track leans towards the traditional style of funeral doom. The experimental work of musical oddities that bear resemblance to Opeth and other jazz influences. But these are only ephemeral moments that will drag you into another long and mournful procession.

With a churning atmosphere and a slow marching pace of drums to the final track ‘Sick and Tired’, the delicate and heavenly guitar arrangements carry you to the epic heights of empyrean majesty. The final track is cunningly composed and gets even more intense and gloomy. Brimmed with a modern flair for melody Esoteric manifest their latest album to pursue the dark psychedelica of the mind. After a staggering five minute intro the music combines the heaviness of the guitar tones to forge a dreary sensation. The atmospheric qualities become even more dark and horrific. Deep echoing growls and crushing drums provide depth to the track. Esoteric has accomplished another masterful album, ‘A Pyrrhic Existence’ is a bitter funereal achievement added to the band’s discography. 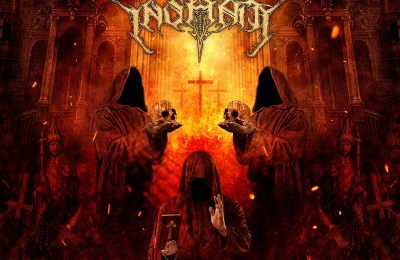