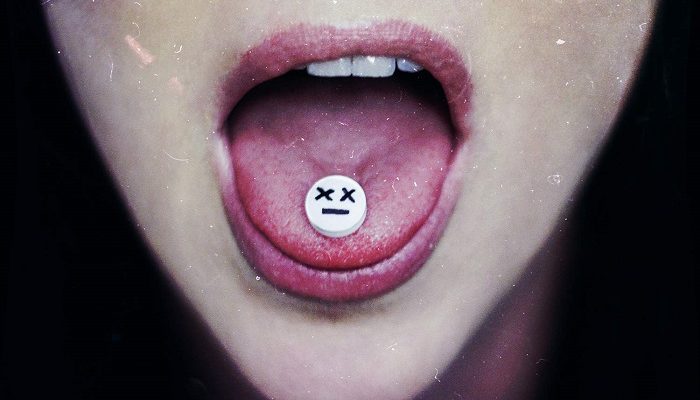 The truth about this album is a tad bitter, and the truth is you only live once and through that life there will be trials and tribulations. Amy Lee doesn’t hold back her powerful vocals while hitting us with this reality. I’m always amazed by how much control she has over her sound and range and you can hear it while listening. I’ve been a fan of Evanescence for some time, jamming to them when they were on the radio, but this album renewed my interest for sure. My first run through the album peaked my interest so I decided to do some research. When talking about the making of the album Amy said “We wanted it to be raw and visceral, and it relates so much to the lyrical content and experiences that I’m drawing from. We’re talking about being human, being broken and starting from that place before you claw your way back out.” I can say…they hit that mark.

I originally became of fan of these guys when I heard “Going Under” in 2003 (feels like forever ago!) and then of course we all know of their song “Bring Me Back To Life“. My interest had wavered since their last album release although I still would bop when their music played on my playlists. It’s been 10 long years since they last released new material and man, it was worth the wait! One of the songs that got my full interest on this new album was “Use My Voice” and after doing some research I have fallen in love with it even more. This song has so many cool things happening in it, its got guest vocals from powerhouse Lzzy Hale (Halestorm), Taylor Momsen (The Pretty Reckless) and Sharon Den Adel (Within Temptation). These guest vocals adds a whole different level of power during the chorus. This song is a perfect track for 2020 -2021. It’s political and it’s powerful. It’s a hard hitting and emotional. It’s all about using YOUR voice, standing up for yourself and to make sure you are heard no matter the circumstances. It’s full of passion and empowerment! Bravo, ladies!

The album as whole is dark, yet wholesome. It comes from a time of hard hitting events ranging from Amy losing her brother, their bassist losing a child, and covid-19. Amy had said that after going through these events over the last few years “and suddenly I felt like the music was more important than ever, not just for me, but for our fans. And it really drove us and built a lot of fire in us.” I believe I can speak for most when I say I can relate to that statement. Big time.

The album in general hits a lot of heavy subjects which is not new when it comes to their music. In 2018 Amy Lee lost her brother after he had battled severe epilepsy. This is what began the process of writing The Bitter Truth. Amy was quoted saying “On a personal level, the biggest bitter truth is that life is short; we’re not going to live forever“. If that’s not hard hitting, I don’t know what is. This album comes from grief, the grieving process and healing afterwards. Although this album is dark and heavy it’s very eye opening and very relatable. If it’s not, you’re lucky.

Evanescence did a remarkable job bringing this album to life and presenting it to us. Definitely one of my favorite albums of 2020-2021! I hope that it’s not too long before we hear more from these guys but if ten years is what it takes, I can wait. It’s proven to work for them! Give it a listen and tell me what you think!