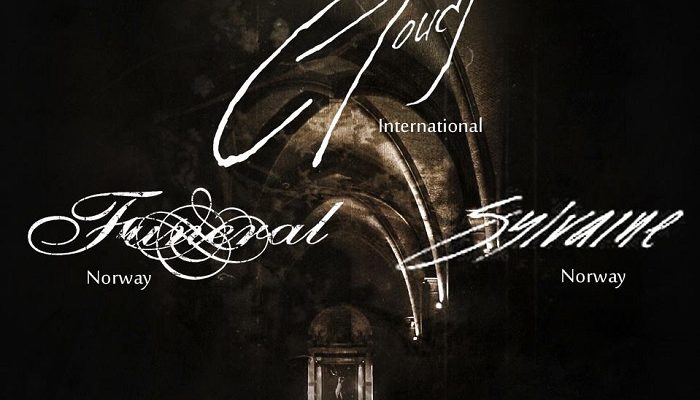 Almost none of us were familiar with the venue called Amuz, a renovated church that now serves as one of Antwerp’s most prestigious concert halls. Most of the time this venue houses classical concerts and other events, however on the 3rd of february, a very special occasion took place here. Some of the world’s finest doom metal bands got together at this outstanding place to play a very special show that will be remembered by every single person in the small audience.

The Norwegian gentlemen from Funeral (***) entered the altar first, all five dressed up nicely in suits. “My condolences” were the first words the singer spoke to receive the applause after the opening song. All instruments sounded well thanks to the beautiful acoustics in the church, especially the bass sounded super heavy and thundered through the venue. The atmosphere of their melancholic doom fit in perfectly with the interior of the heavy baroque church.  Just as appealing as his first words, singer Sindre Nedland‘s last words to the audience were “Rest in peace”. The inventors of funeral doom played a grasping opening set for what was to become a breathtaking evening. 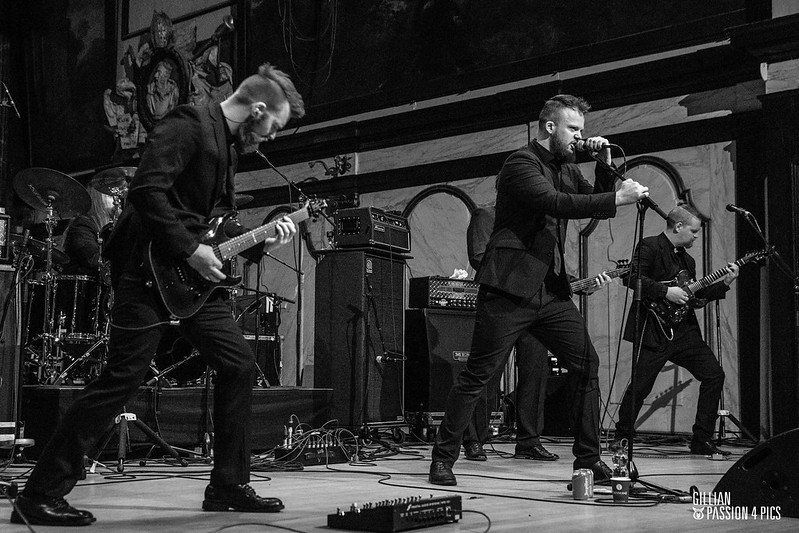 For Sylvaine‘s (****) set, Kathrine Shepard came on stage all alone at first to bring a beautiful a capella piece. Receiving the applause, she took her guitar and played a soft and touching cover of Low‘s Lullaby. She continued to play some songs, only featuring her guitar and her mesmerizing, silk voice, before getting her 3 musicians on stage. The soft post-rock she played at first turned into atmospheric black metal and Shepard proved that she can scream just as well as she can sing.

Before the start of the set, everybody who re-entered the venue after getting some drinks, got a signed poster of Sylvaine for free. Gestures like this made this night even more exceptional than it already was. Sadly, quite a lot of people were still in the foyer when the concert continued, causing people walking in and out during the set. This was a bit unfortunate because of the squeaky church door. Nonetheless, Sylvaine played a beautifully enchanting and touching set. 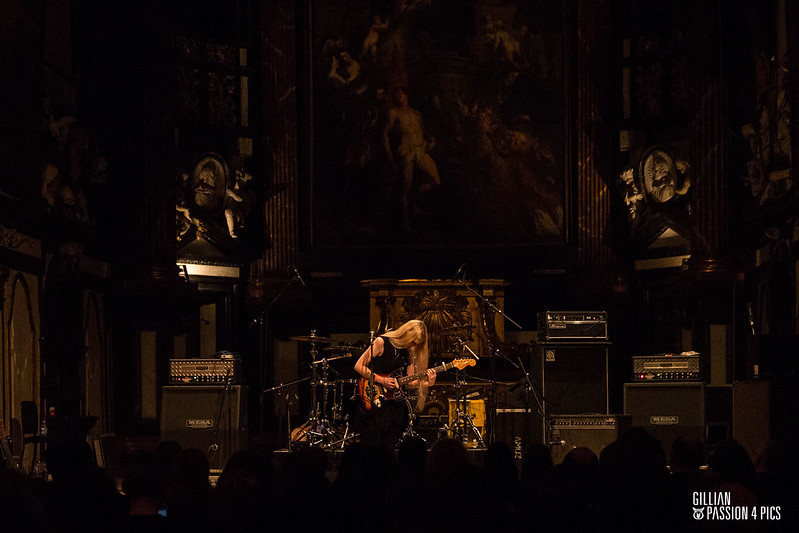 Seeing Clouds (*****) live, is always a special experience. As they have international members from the United Kingdom, as well as Finland, The Netherlands et cetera, they don’t perform live shows that often. The whole evening had led up to this, and for the first time the audience became dead silent. For a big part of the set, I decided to lay down and close my eyes. Clouds were so overwhelming, so touching. The songs seemed to flow into each other. The speech that main vocalist Daniel Neagoe gave to express his gratitude before they dove into their last song, was maybe one of the most sincere ones I have heard. Just like everybody else, he was thankful to have been a part of this evening. By addressing the audience and asking a round of applause for the people that had played and every organizer, he filled the church with a feeling of unison and intimacy. It was clear that everybody present had an intense and lovely evening. The people were so friendly, open minded and, yes, afterwards also happy. It felt like all of us could let go of the things we struggle with for a while. Tears were shed during the shows, the taboo of sadness was broken just this night, and afterwards we felt relieved, we got together, chatted, laughed, and went home feeling content and satisfied. 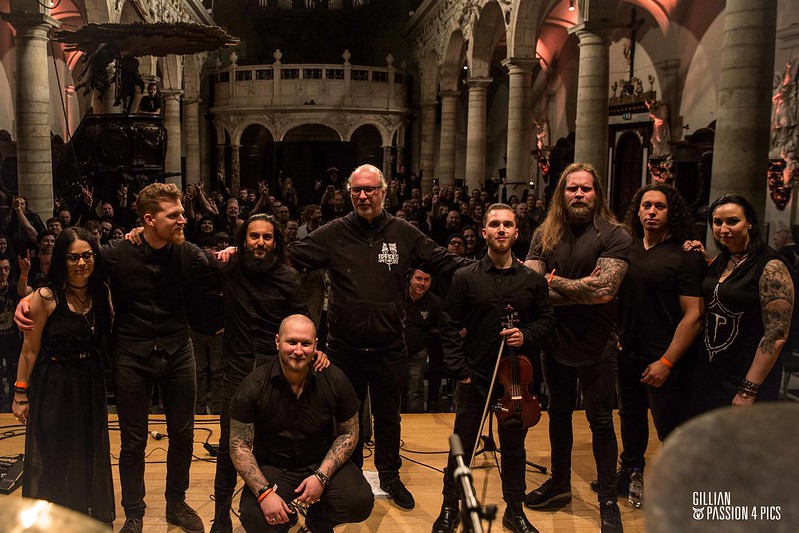 The whole evening, everybody in the audience was taken by a feeling of futility and ephemerality, hearing such powerful and deeply touching music in such a mighty place. While it’s pretty, say, uncommon in the scene to particularly like churches and Christianity, no one could deny that this place made you feel certain things. Being surrounded by angel statues that look down upon you and dark, meter-high paintings of people longing for rescue and salvation, did nothing but strengthen the atmosphere of tristesse and mourn, created by the bands performing. Music has never been so overwhelming. We’d like to thank Filip, the ever-so-generous, yet humble organizer of this exceptional, unforgettable evening. 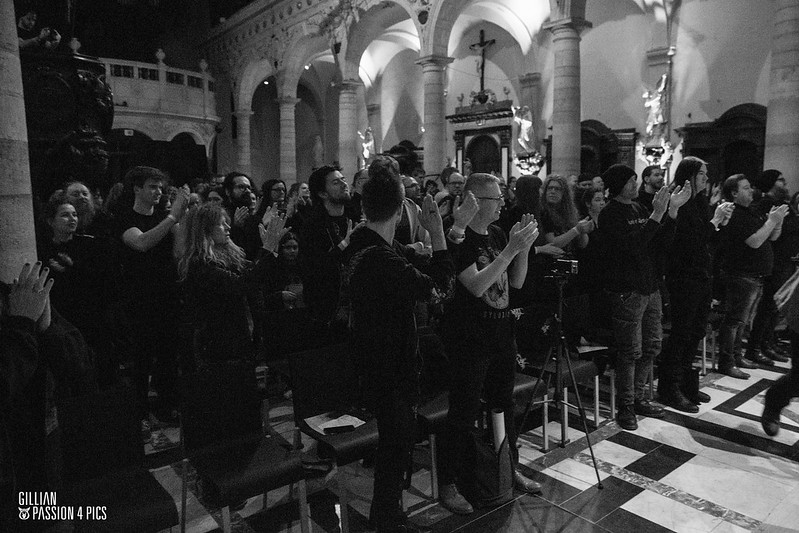 For more pictures go have a look at the magical pics of our photographer in our photo coverage!