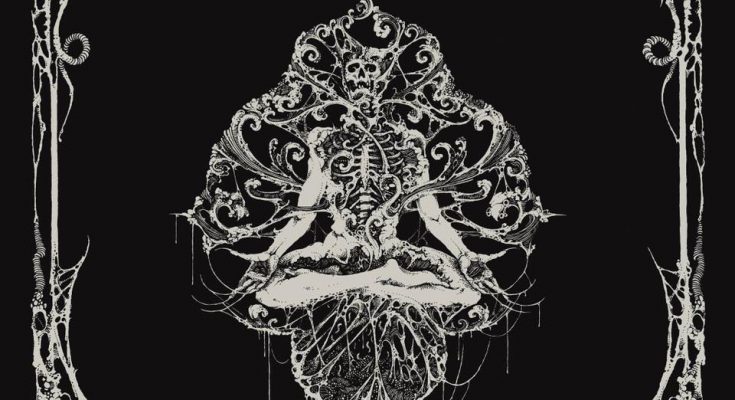 When it comes to the sub-genre of death/doom metal, you’ll find most of the bands concentrate on creating an ominous funeral vibe. And while many outfits such as Incantation have redefined their musical output through centralizing the riffs and illustrating dark emotions to the music, the New York four-piece death/doom caliber that is Funeral Leech has dropped a heavy crushing guttural album with their latest release. ‘Death Meditation’ is a dark and brooding record that plunges into the spectral drones of sinister atmosphere. Earlier this year there have been some big releases from bands like Solothus, Beast of Revelation and Nekrovault. However, Funeral Leech meanders through slow monolithic tempos. There is a subtle distinction between the band and other modern death/doom acts such as Father Befouled. The debut consists of six tracks that will give you an old school impression.

‘Death Meditation’ opens with a threatening piano passage and the rumbling sounds of raindrops, followed by an uncanny chattering. As soon as the amplified guitars emit the slow crushing riffs, the deep growls weigh heavily and bring a doomy impact. The ominous tone of the guitars and the reverberating bass create a mysterious feel, adding a bleak atmosphere that contrasts with the drum blows. The band regenerates the obsolete methods of the 90s death metal by adding the haunting elements of distant clean vocals which echo in the background. From the slow tempo shifts to the bone-crushing tone and double bass, the second track ‘Statues’ constantly provides compacted riffs. The guitar department launches a few solos that are professionally crafted at times when vocalist/drummer Lucas Anderson utters low guttural growls.

The rotten riffs of Zack Chumley and Alex Baldwin bring that putrid charnel effect where the combination of the metallic riffs fills the atmosphere. Unlike most of the death/doom metal bands, Funeral Leech conveys a sense of horror and obscurity to the music. The band continues to recreate the ominous atmosphere through the use of demonic whispers. ‘The Burden of Flesh’ is another track that features these elements, but the band presents them in a certain way that comes close to a horror movie soundtrack. While nothing groundbreaking here, the band has a unique way of emphasizing the monolithic riffs. Funeral Leech maintains a high standard throughout the forty-five minutes and offers a brutal and morbid tone.

The excessive use of chants cleary became one of their eerie components, structured to create an apocalyptic mood that still compliments the style of funeral death/doom metal. The slow chugging riffs build up the tempo while the drums transform the music into slow choirs that almost sound leaden. Seemingly, Funeral Leech follows the same repetitive formula and despite its classic approach the band has managed to bring a convincing debut. Although this was my first impression on the album, the further the songs began to materialize, I became fully aware of their unique creativity. For instance, the fourth track ‘Lament‘ shows that the Funeral Leech may have been influenced by other bands such as Black Sabbath.

The opening guitar note signifies these impact notions through the combination of ominous riffs. The overwhelming feeling of dread becomes quite dominant aside from the hypnotic atmosphere. ‘Morbid Transcendence’ is more of an up-tempo track steered by jagged guitar riffs and grinding drums. What enhances the quality of the music is the serpentine way of changing tempos by demonstrating the bleak nature of the songs.

Particularly the album closer ‘I Am the Cosmos’ is another harrowing experience of how the band can sound obscure. On this track, the guitar is laden with tremolo chords, paired with a down-tuned bass that is handled by Kevin Kalb. The deathly requiems of the slow churning riffs are well applied and they’re followed by droning spectral whispers. With the scorching tremolos, Funeral Leech swings back and forth as they proceed into a funeral procession. The New York death/doom quartet has succeeded in maintaining an outstanding balance on their debut album. This is definitely a high standard album that will be featured on my year’s end list of favorite 2020 albums. Among many bands such as Krypts, Hooded Menace and Ossuarium, Funeral Leech‘s full-length album is a must for fans of death/doom metal. 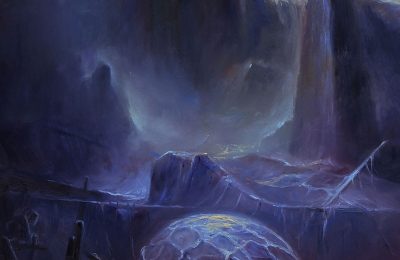 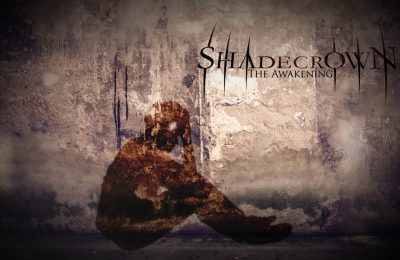