Bezwering is a continuation of the Dutch band Wederganger with three of its band members remaining from that original lineup. Like its predecessor, whose name translates to ‘revenant’, Bezwering too keeps all of the lyrics in their native tongue.

This is something you can see with other bands in the extreme metal scene from the Netherlands as well, like for instance Laster or Doodswens.
Wederganger had made one pretty damn good debut full length, ‘Halfvergaan Ontwaakt’, followed with a couple of splits with their likeminded countrymen of Urfaust, Laster and Kjeld before morphing into this new entity Bezwering, which means ‘incantation’ incidentally.

Two songs have been taken over from their demo ‘Voortekenen‘, being the menacing fury of ‘Nagezeten‘ and the dirging ‘Rouwstoet’.
They baptised their genre ‘undeath metal’. Now despite this uncanny association with a certain Anglosaxon namesake they don’t play death metal at all, but rather a particularly creepy form of mid-tempo black metal.

They mix in the trademark black metal screams and clean vocals, meaning you can actually make out those Dutch phrases. These clean vocals, especially, will remind you of another, quite known band from Netherlands and there is good reason for that. Vocalist Alfschijn, is none other than Joris van Gelre or Joris den Boghtdrincker, the former singer for the pagan barbarians of Heidevolk.

We know Joris’s singing could get quite epic and dramatic on the iron age tales of former band. This works rather well here for black metal also. Thematically, their lyrics are all about death, disease and decay. Singing these phrases then in a theatrical, solemn clean voice really adds an interesting, bright counterpoint to the murky yang of their undeath hymns.
Stylistically, the guys like to keep it rather lofi, as they mix in a Carpathian Forest black ‘n’ roll vibe with some Burzumesque droning creepiness and a good old Celtic Frost “Uuuugh!”

The riffs recall a bit of the latter-day, rocking-side Satyricon as well. For the most part they keep a moderate pace, but they’re not shying away from the odd blastbeat, like on the lengthy ‘Het tweede gezicht’ or the maelstrom of madness, that is the final track ‘Waanzinskolk’. 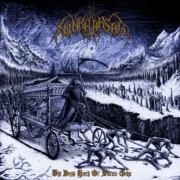 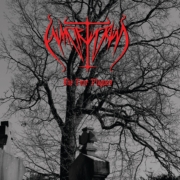 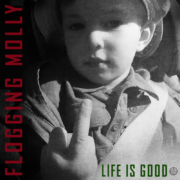 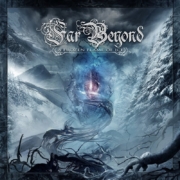 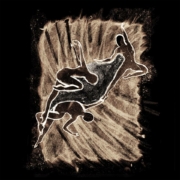 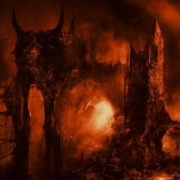 Häxanu – Snare of all Salvation
Scroll to top